“As the dust settles in the wake of today’s FOMC, we will be focusing upon whether any additional back-up in yields is accompanied by a further widening of breakevens,” said Richard McGuire, the head of rates strategy at Rabobank. “If so then this argues that the move higher in rates is sustainable.”

But as long as U.S. yields don’t rise in a chaotic fashion, risk assets including emerging-market and high-yield corporate debt are expected to outperform, according to BlackRock’s Seth. “Rates can drift higher and still remain a positive backdrop for the risk assets, as long as the vulnerability is under control,” he said.

A Bloomberg Barclays index on global credit returns has gained 11% over the past year, compared with a loss of 2% for a gauge tracking Treasuries. BlackRock switched to a neutral duration position in February from underweight. The fund likes notes sold by Chinese real estate companies and the nation’s onshore bonds.

“The lack of correlation with the rest of the global developed markets also provides a diversification benefit,” Seth said of Chinese debt.

The Fed remains wedded to its view nascent inflationary pressures will not last long. There is a logical argument to support the view that the bounce back from the pandemic lows is exaggerated by the base effect and everything will settle down over the course of the next year or two. Since the Fed is willing to wait and see with inflation, it could be two full years before they are willing to draw firm conclusions. 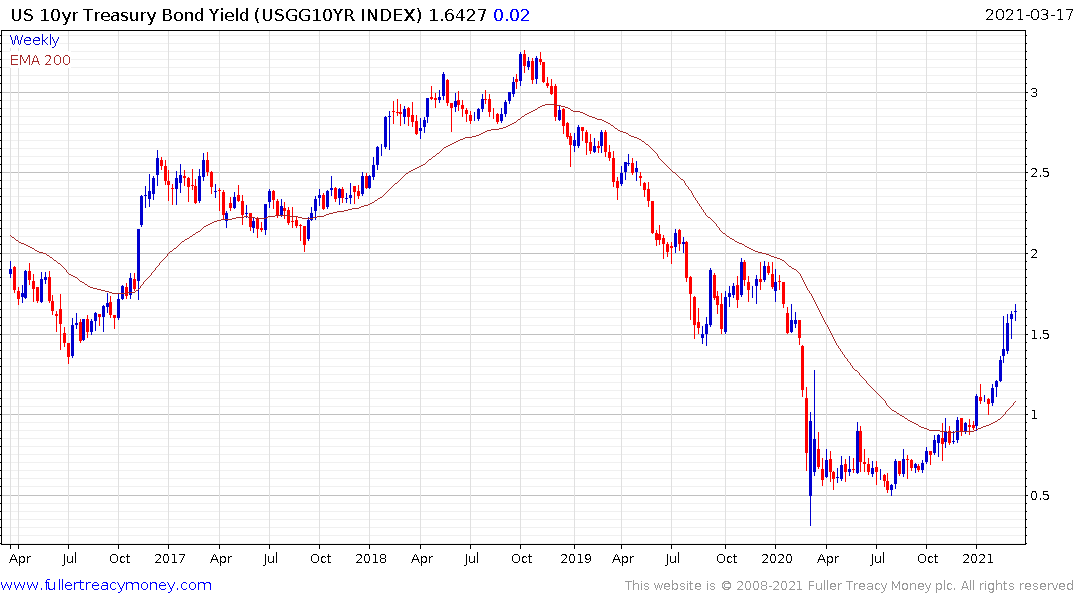 Bond investors have reason to take heart because if Fed officials are not worried and rates are not going to rise, perhaps the yield currently on offer may represent value. Bonds are certainly short-term oversold so there is plenty of scope for a reversion towards the mean. 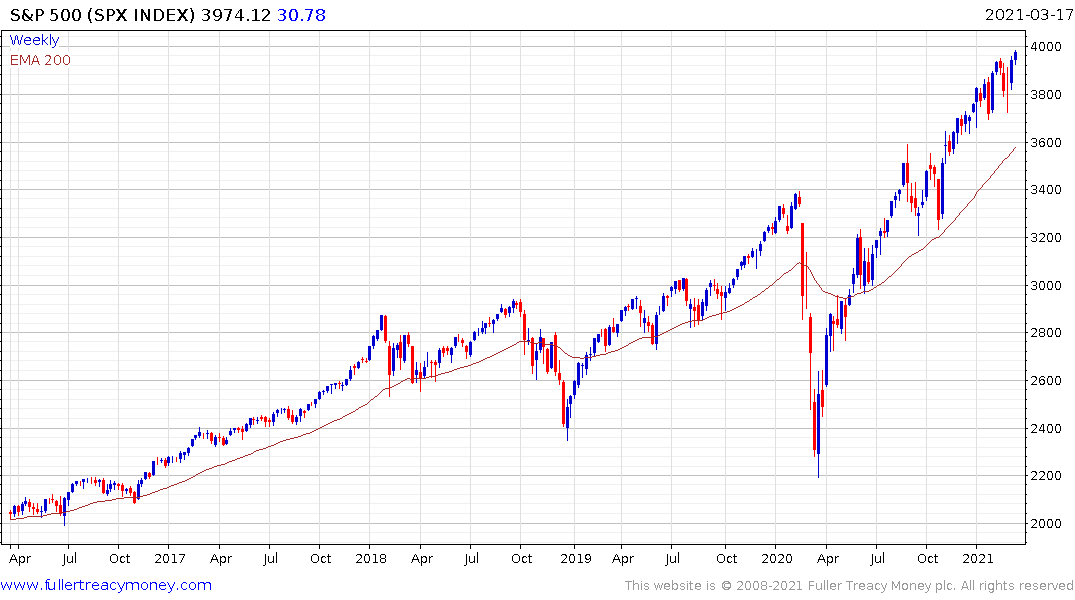 The S&P500 continues to pause below the psychological 4000 level and there has been a distinct absence of downward dynamics. 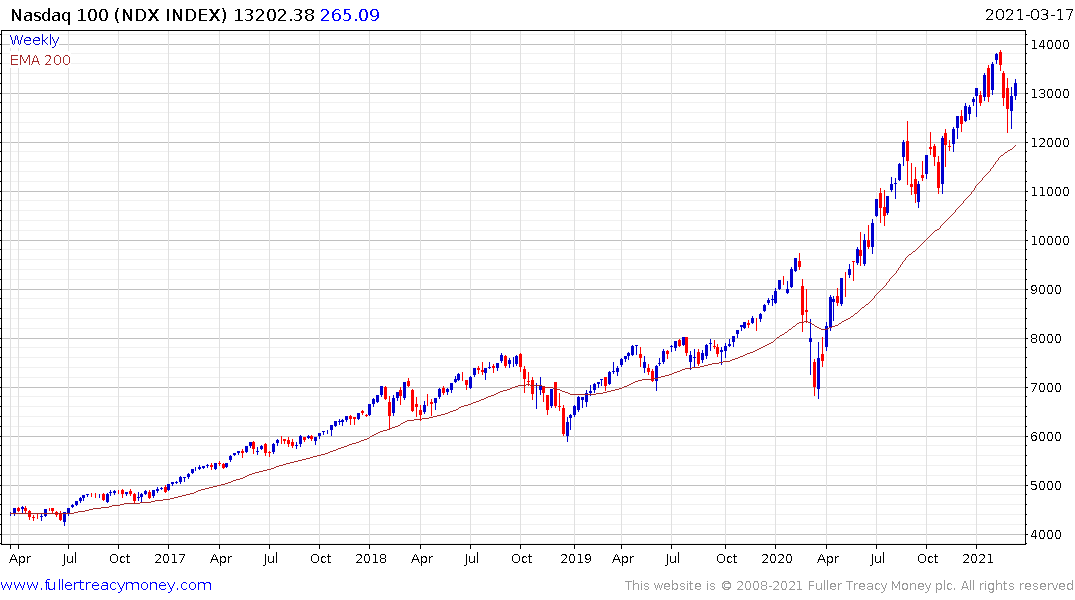 The Nasdaq-100 continues to extend its rebound from the region of the trend mean. 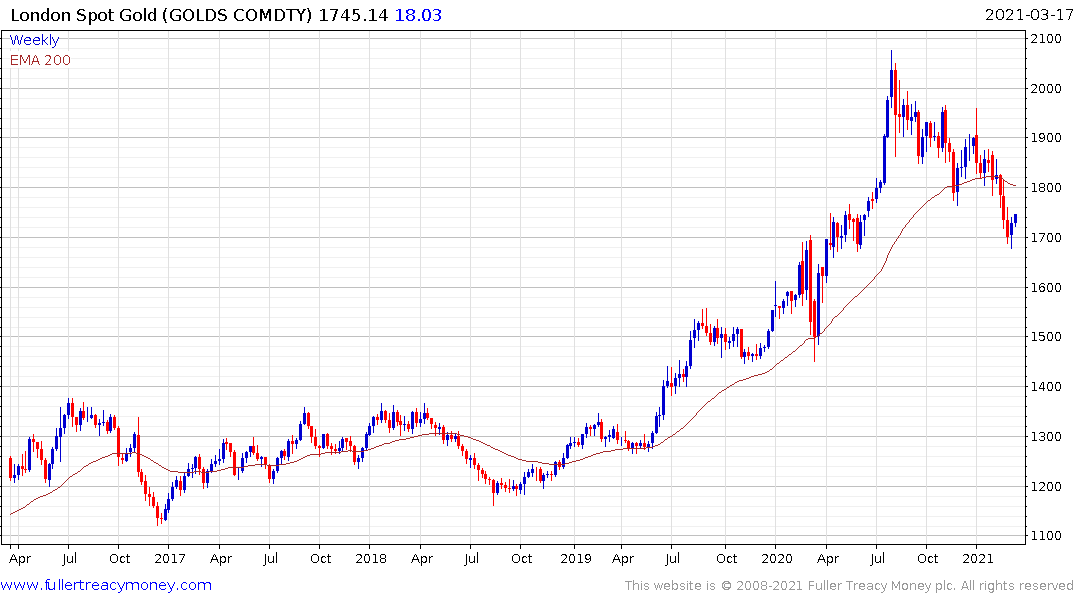 Gold continues to bounce from the round $1700 area. If the downtrend is to remain consistent, a rally toward $1800 is to be expected. A rally of more than $150 from the lows will be required to signal the end of the medium-term correction. That is looking increasingly likely because negative real rates are here to stay. 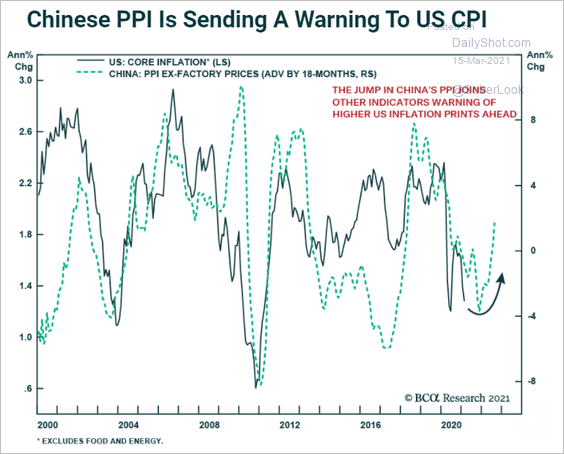 Part of the reason the Fed is sanguine about inflation is because China’s CPI is moderating. The other side of that argument is China’s PPI is rising. That will be important to monitor since one of the most important points about inflation is expectations. We already have ample evidence of people anticipating rising cost pressures by buying early. That urgency will need to abate if inflation is to be kept under wraps.