Bitter Taste of Cadbury Guides U.K. Stance on Pfizer-AstraZeneca
Comment of the Day

Even after Pfizer’s 63.1 billion-pound ($106.5 billion) sweetened offer for AstraZeneca was rejected, the government said it was pressing Pfizer for assurances on jobs and the U.K.’s place as a center for the life-sciences industry. The government will carefully weigh Pfizer’s proposals to see “whether they offer sufficient protection of our priorities,” Cameron’s office said today.

The fact that Astra Zeneca shares held their gain following the refusal of Pfizer’s offer suggests investors believe the acquisition will eventually be successful. Europe is proving a fertile hunting ground for well-capitalised US companies in search of acquisitions. GE’s attempt to acquire Alstom’s core power plant unit represents another such example. Considering the relative difference in valuations between the two continents, this trend is likely to continue. 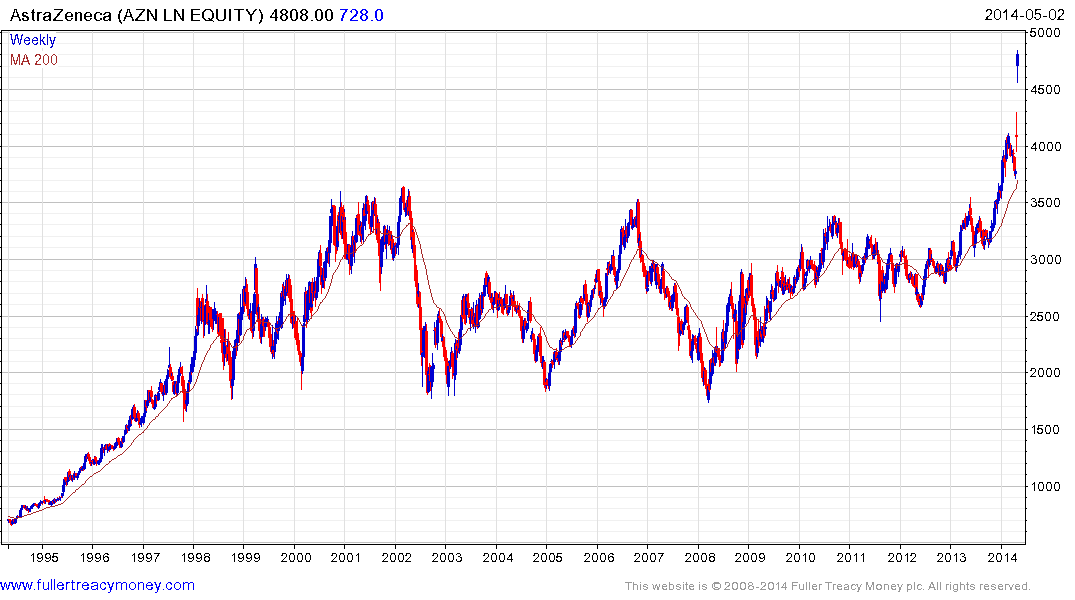 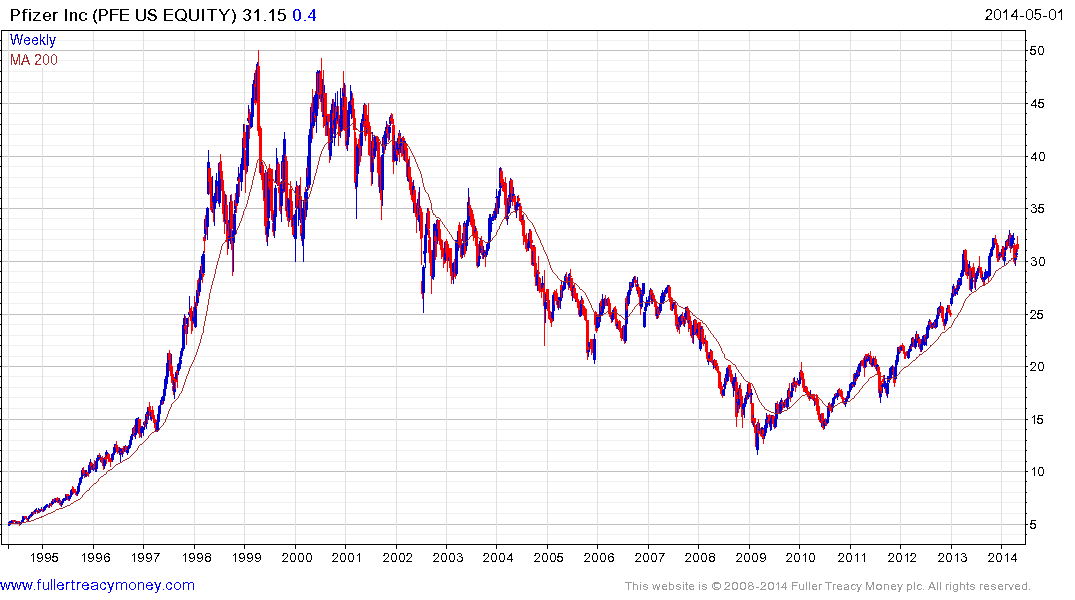 More broadly, the shares of large pharmaceuticals were relatively quiescent for much of 2013. Valeant Pharmaceutical’s proposed acquisition of Allergan speaks to a broader pattern of buying growth. The pace of consolidation within the biotech sector has been evident for the last few years but slowed as prices rallied to their recent peaks. The pullback experienced by some of the better performing biotech companies could therefore open them up to potential bids from more established companies. 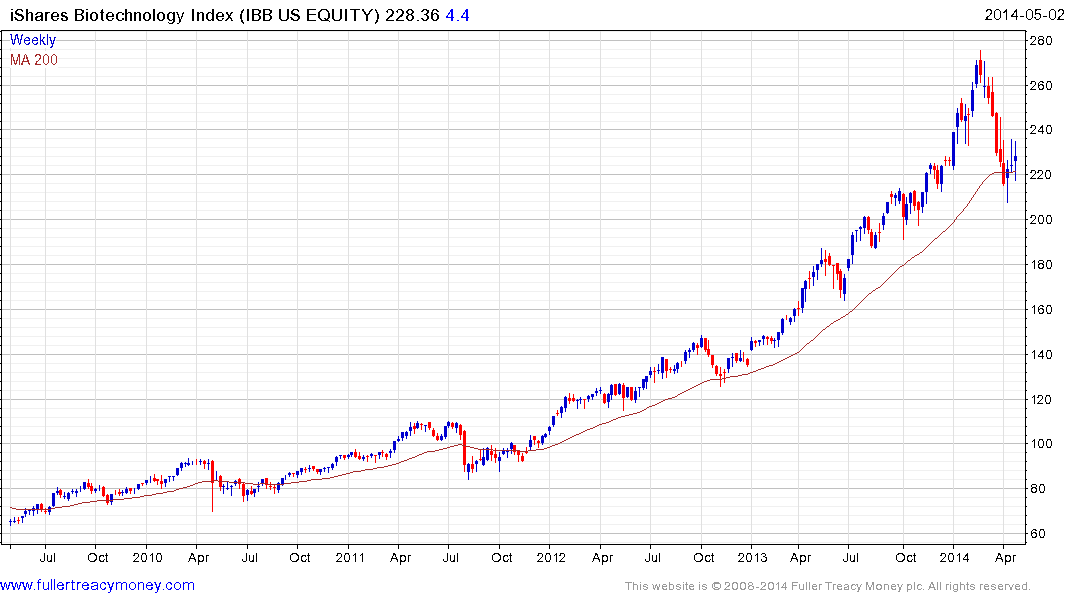 The iShares Nasdaq Biotechology ETF has found at least short-term support in the region of the 200-day MA. While some additional support building in this area is likely, a sustained move below 200 would be required to signal a reassertion of supply dominance.