Peters was wary of triggering a spike in the prices of Bitcoin or Ether. He described executing his trades as inconspicuously as possible and finishing all the buying in November before Bitcoin hit $16,000.
Another investor with One River Digital is Ruffer LLP, the U.K. investment firm known for its bets on market volatility.

Ruffer on Tuesday disclosed a 2.5% position in Bitcoin in one of its funds, describing it as “a small but potent insurance policy against the continuing devaluation of the world’s major currencies.”

This kind of fund “promotion” falls into the same bracket of market manipulation that Bill Gross and Warren Buffett perform. Buy first then talk loudly to journalists about what a great idea it is to invest in it. It’s highly effective because copycats will always be interested in what the luminaries of the investment world think and are doing with their own money.

Generally speaking, the term “bitcoin whales” refers to those people who bought a large quantity of bitcoin when it was still trading below $1000 and seldom trade. Their accounts are watched closely by insiders for action because they tend to represent such large sources of supply. 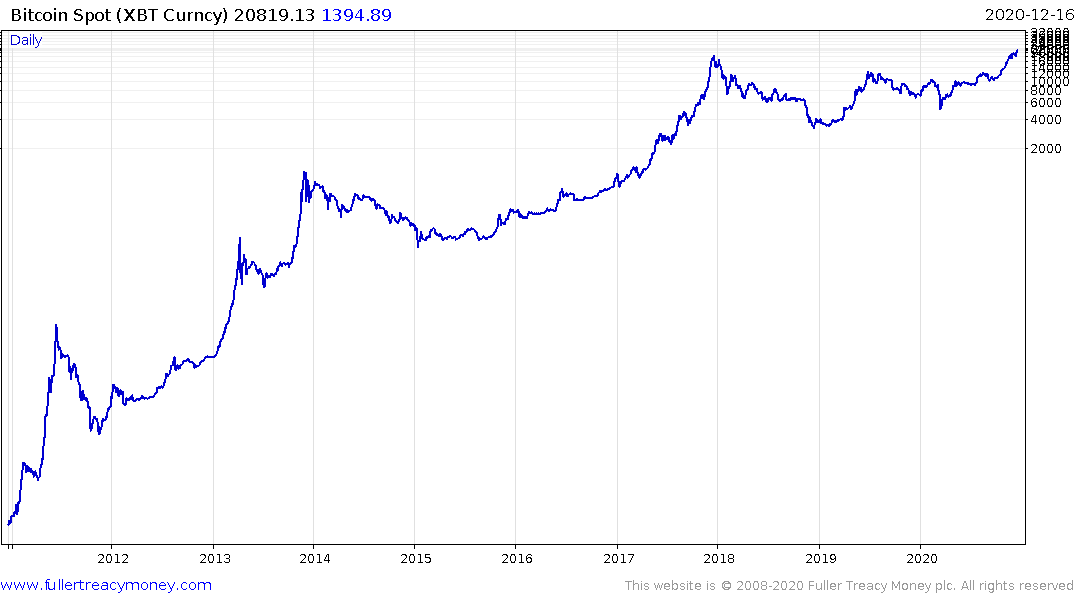 Bitcoin broke out to new highs today, completing the short-term consolidation in the region of the previous peak. This is right on schedule for a repeat of the cycle posted in 2016/17.

The halvening had occurred in July 2016. Immediately afterwards, the price fell for a few months. However, the increased difficulty of making a return from mining bitcoins after the halving of the reward burnished the limited supply argument and prices soon began to recovery. The price had been ranging for three year and rallied to retest the peak in January 2017. It paused for a few weeks and began to rally again in February. The breakout really picked up pace from April and it climaxed in December 2017 before crashing back to the 1000-day MA.

Halvenings occur about every four years so the latest was in May 2020 and the price experienced a great deal of volatility around the event. We have also now seen a consolidation in the region of the peak and the breakout at the end of the year is similar to the timing of the last big breakout in early 2017. The benefit of the doubt can be given the upside provided the breakout is sustained. 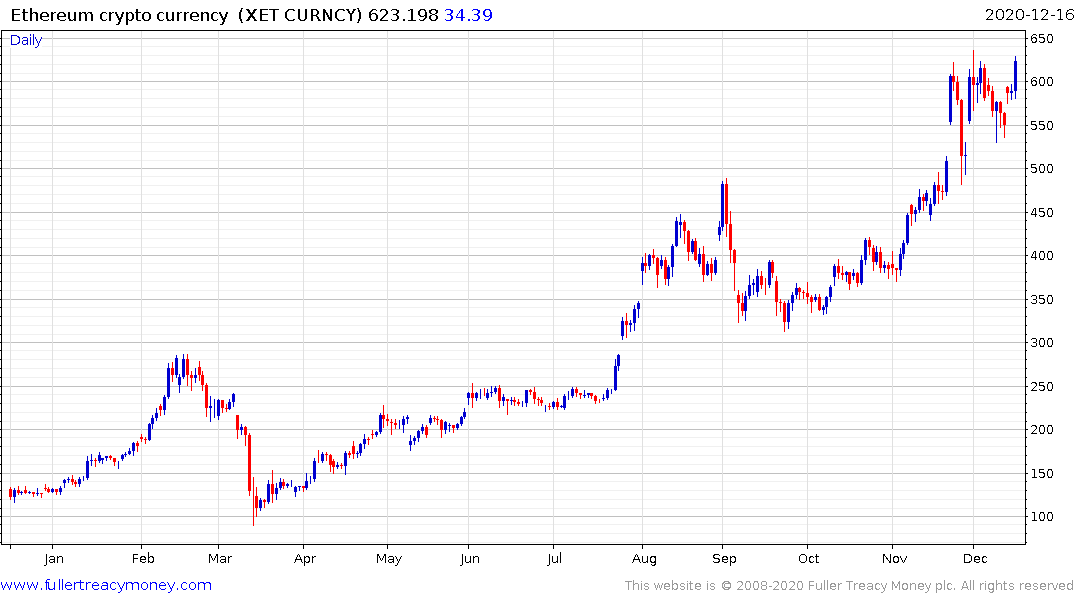 Ethereum rebounded to test its peaks.