Bitcoin Surpasses $11,000 as Memories of Popped Bubble Fade
Comment of the Day

Bitcoin traded above $11,000 for the first time in 15 months, recouping more than half of the parabolic

increase that captured the attention of mainstream investors before the cryptocurrency bubble burst last year.

“The bounce-back of Bitcoin has been fairly extraordinary,” said George McDonaugh, chief executive and co-founder of London-based blockchain and cryptocurrency investment firm KR1 Plc. “Money didn’t leave the asset behind, it just sat on the sidelines waiting to get back in.” 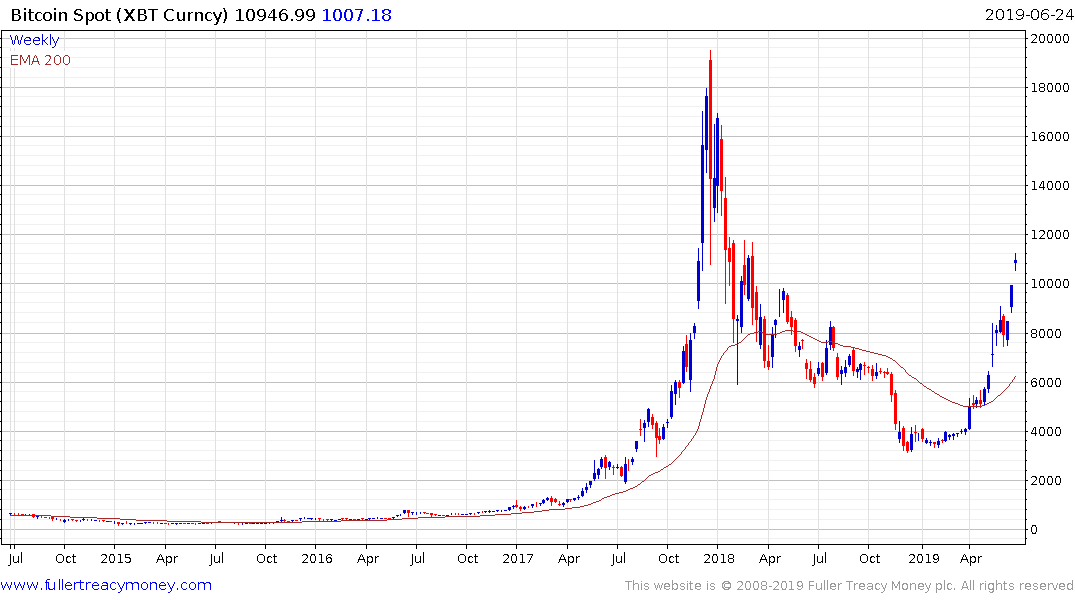 That is also behind the breakout in gold which was extended today, with the price trading above the $1400 level. 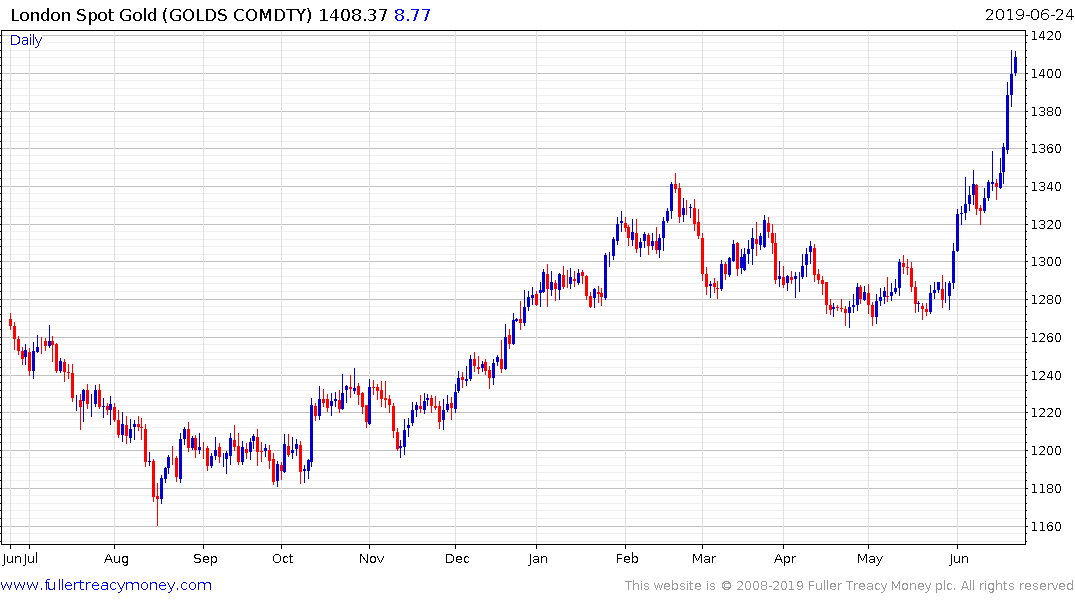 The halvening of bitcoin is also occurring next year and the last time that happened the price rallied impressively ahead of the event.