Bitcoin surged to the highest level since July 2019 after PayPal Holdings Inc. announced it will allow
customers to use cryptocurrencies.

The largest digital coin increased as much as 4.9% to $12,488 Wednesday, surpassing the previous high for the year of $12,473 set in August. Gains among so-called alt coins were even larger, with Litecoin jumping more than 11% and Bitcoin Cash surging 8%.

PayPal customers can use select cryptocurrencies including Bitcoin, Ether, Bitcoin Cash and Litecoin on the platform. Mike Novogratz, who runs Galaxy Investment Partners, on Twitter called it “the biggest news of the year in crypto,” adding that banks will embark on a race to service digital currencies.

“We have crossed the rubicon,” he said. The news sparked an exuberant response from crypto fans who
pointed to a string of recent announcements that suggest wider acceptance by old-school financial mainstays. Two public companies -- Square Inc. and MicroStrategy Inc. -- said recently that they invested in Bitcoin. And Fidelity Investments announced in August that it’s launching its first Bitcoin fund, adding its establishment name and star power to the often-maligned asset class.

The most recent bitcoin halvening was completed in May. That means the reward for solving the algorithm halved which doubled the difficulty of mining the next one. Since the genesis of the cryptocurrency, halvenings have resulted in investors appreciating the limited supply argument and the increasing difficult of creating new bitcoins as time progresses. 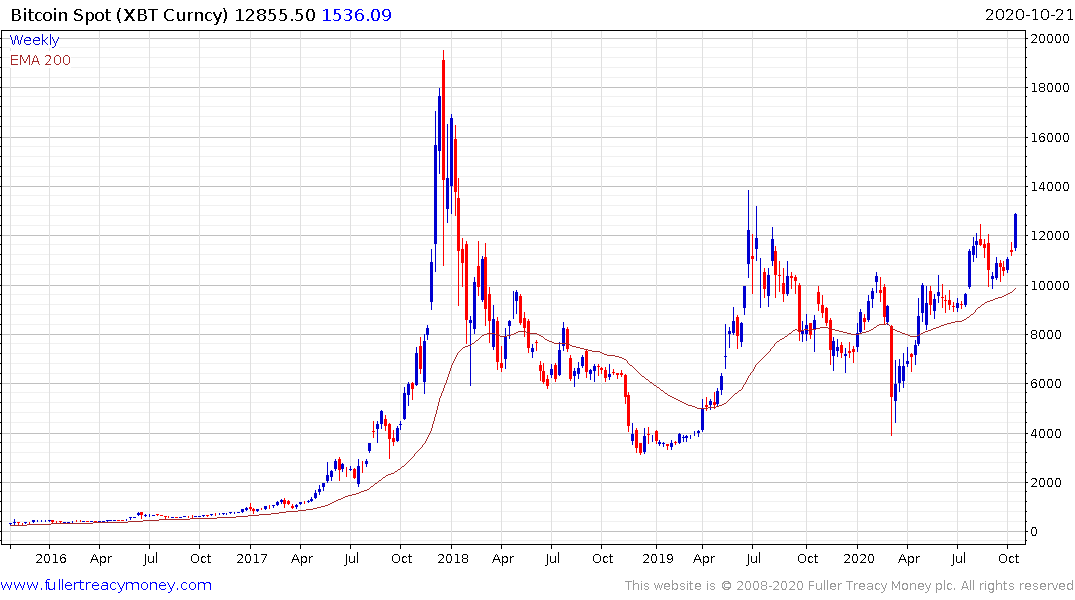 The price has tended to rally meaningfully after halvening events. On this occasion the rebound from the March lows occurred before the event and the market has been relatively quiet since. Today’s breakout suggests bitcoin is back in a demand dominated environment. 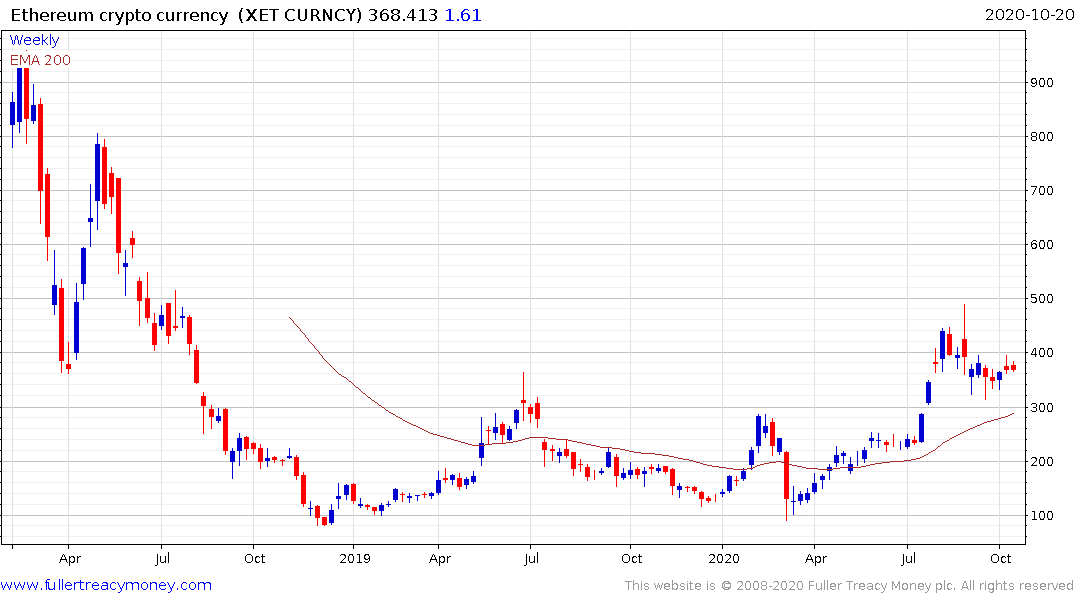 Ethereum has first step above the base characteristics and is firming within its range. 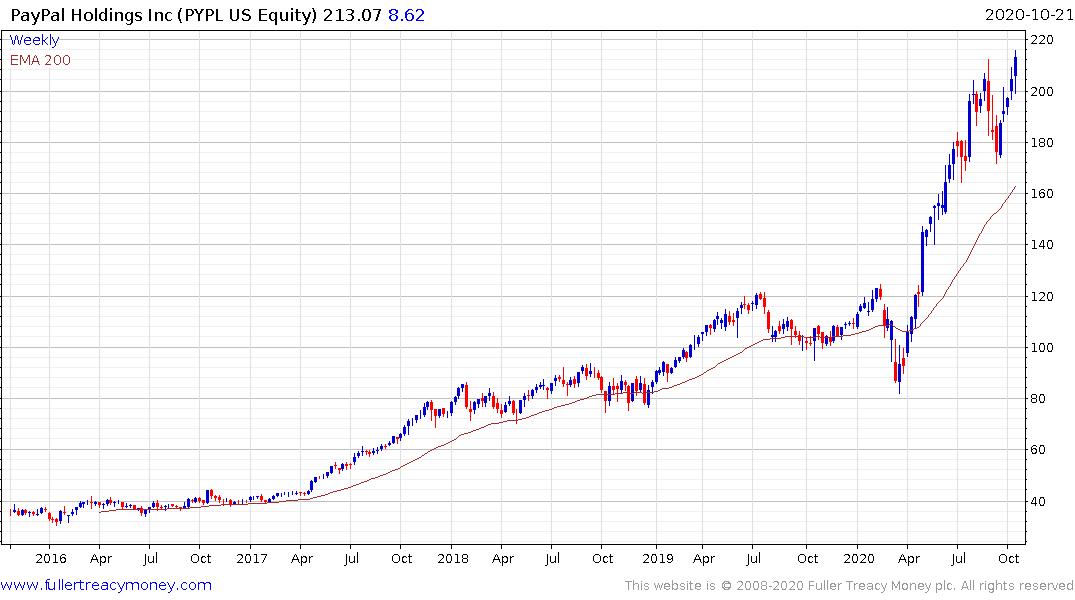 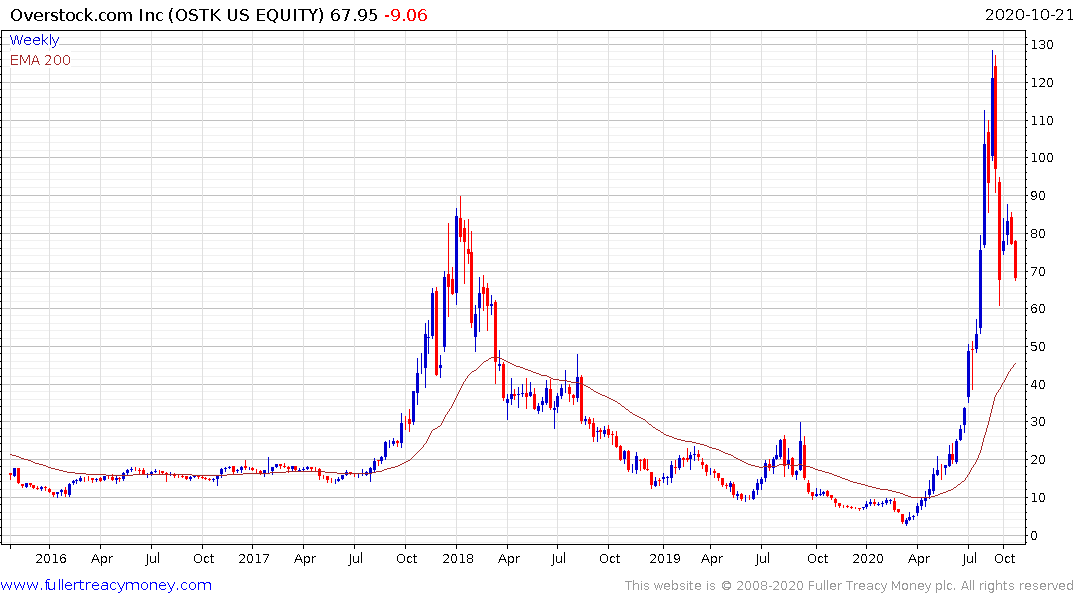 Overstock continues to unwind its overextension relative to the trend mean but if the crypto market heats up it should begin to attract attention.