Bitcoin rose above $40,000 for the first time since June as a flurry of short-covering intensified a rally apparently sparked by speculation over Amazon.com Inc.’s involvement in the crypto industry.

A job posting from the retail giant seeking an executive to develop the company’s “digital currency and blockchain strategy” stirred questions among analysts over whether the move could eventually lead to Amazon accepting Bitcoin as a method of payment.

As the largest digital token gained on the speculation, investors rushing to cover bearish bets fueled the rally, with the coin at one point up more than 17% on Monday to $40,545, its highest since June 15. More than $950 million of crypto shorts were liquidated on Monday, the most since May 19, according to data from Bybt.com.

“The extent of the jump was probably driven by over-leveraged shorts,” said Vijay Ayyar, head of Asia Pacific at crypto exchange Luno in Singapore, while adding the rumors over Amazon likely had a role to play, too.

This weekend produced a bevy of crypto pundits who turned out to lend the ailing market a helping hand. Elon Musk, Cathie Wood and Jack Dorsey all provided arguments for why prices should rise. The CEO of MicroStrategy has also been progressively more vocal about his bullish position. The potential for Amazon to become more active in the sector has already encouraged even more participation. 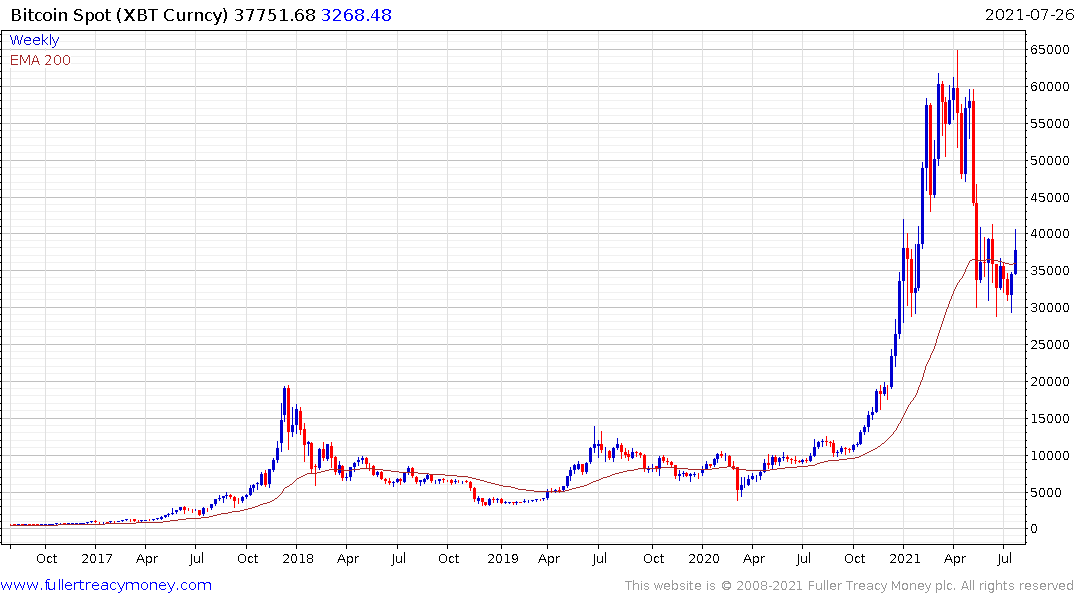 Bitcoin has rallied for six consecutive days and briefly surmounted the psychological $40,000 level today. That’s powerful confirmation that a small number of people can move the market in a significant manner. The big question for bitcoin, however, is where is the money going to come from to reinflate the price. The continued march of the Delta variant and the related increased chance of additional stimulus may help to answer that question. This is the upper side of the range so some consolidation is possible at current levels. A sustained move above $40,000 will be required to signal a return to demand dominance beyond the short term. 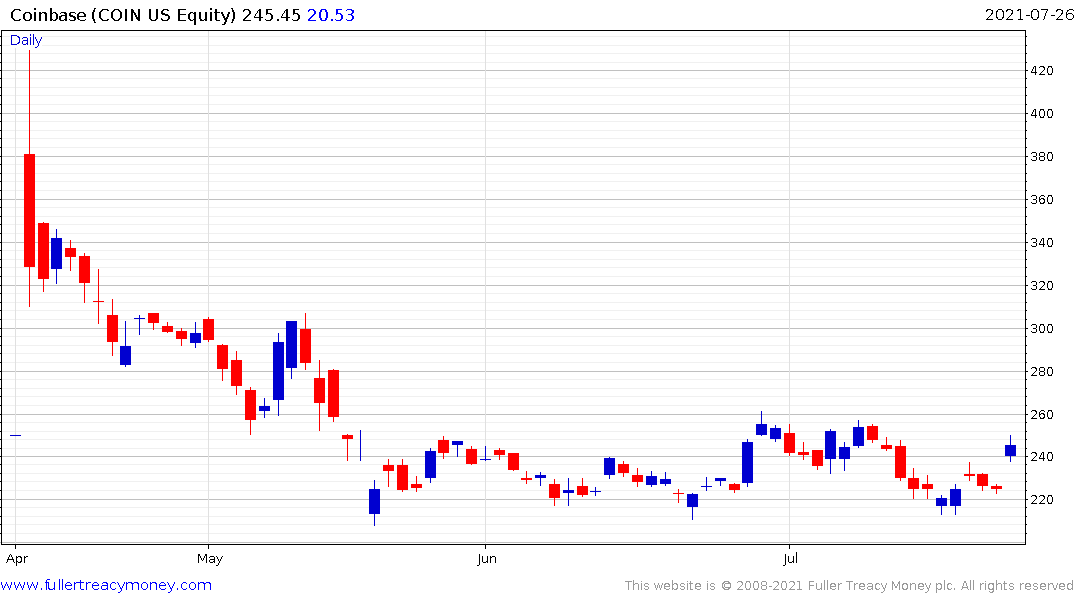 Coinbase is also testing the upper side of its range and will need to clear the IPO price of $250 to signal a return to demand dominance. 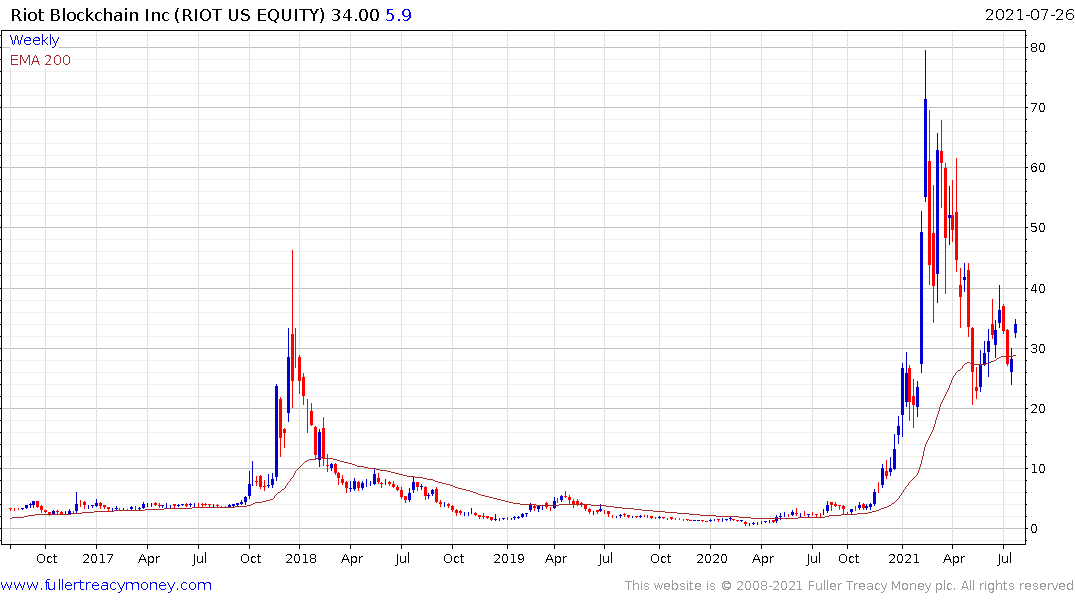 Rio Blockchain is currently firming from the region of the trend mean.