The break above $43,000 could cause the current up move to target toward the $45,000 level, according to Nathan Batchelor, lead Bitcoin analyst for SIMETRI Research.

“People are starting to feel a little more comfortable dipping their toes back into some of these riskier asset classes after the pullback,” Lindsey Bell, chief markets, and money strategist at Ally Financial Inc., said. However, Bell says the market in general isn’t necessarily out of the water yet with lingering uncertainty on multiple fronts, including the speed at which the Federal Reserve and central banks could act to quell rising inflation.

A strengthening relationship between Bitcoin and the stock indices has emerged in recent months, particularly with the technology heavy Nasdaq 100 index. The correlation between the Nasdaq and Bitcoin currently stands at 0.43.

Gritt Trakulhoon, an investment analyst at Titan Global Capital Management USA Inc., said the dramatic rise in Shiba Inu could be attributed to development progress on a blockchain add-on, known as a layer-2 network, specifically designed for the token called Shibarium. The memecoin is based on the Ethereum blockchain.

“It doesn’t take a lot of effort to push them higher or lower,” Bell said. “Because Bitcoin is such a large market cap and more liquid than some of these other ones, in a way -- it’s not necessarily stable -- but it’s more stable than some of the other ones.”

Buying the dip is an almost instinctual action for investors and particularly following 50% in bitcoin. There is still a great deal of cash in the financial system and dry powder in the private equity sector totals trillions. At least some of that money is now flowing back into the crypto sector as risk appetite begins to recover. 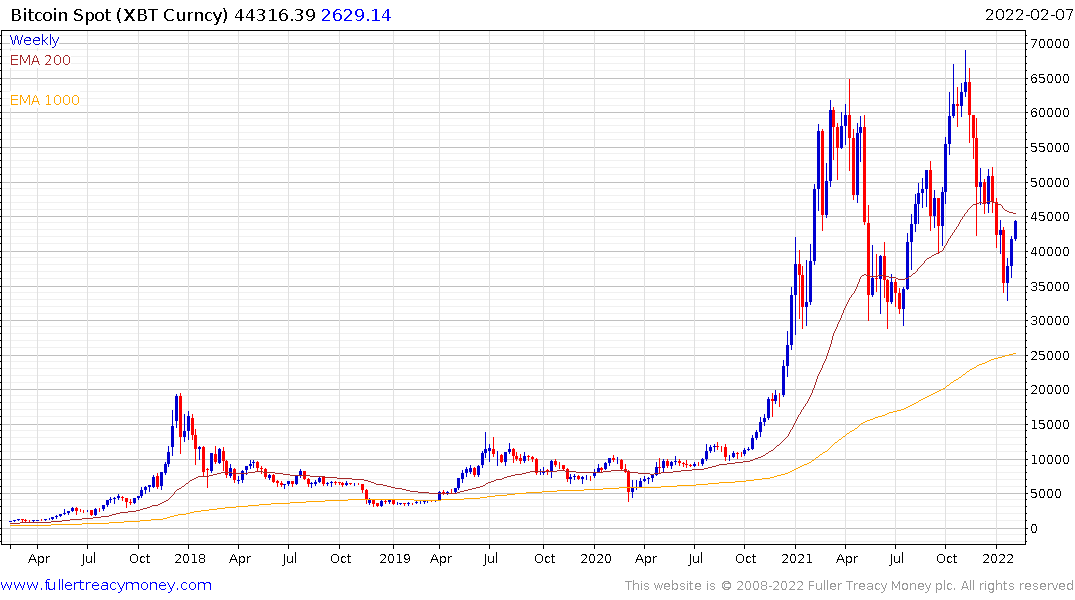 Bitcoin extended its rebound today to break the three-month sequence of lower rally highs. That confirms a lot of at least near-term significance. 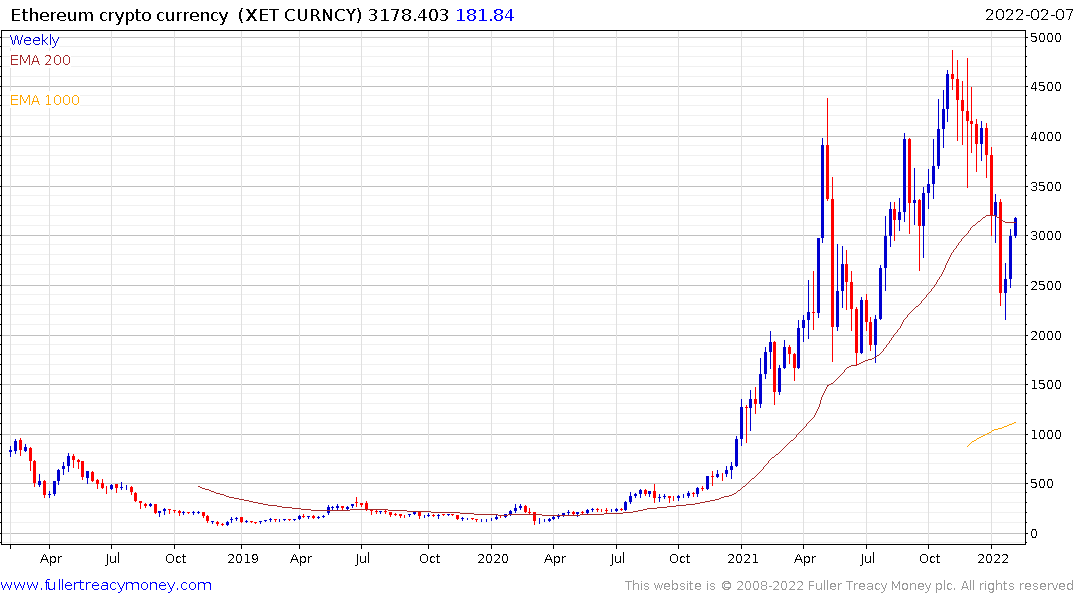 Ethereum has not quite broken its three-month downtrend yet but the rebound is equally impressive.