Bitcoin: All the Volatility But Less Upside Than Ether
Comment of the Day

Bitcoin: All the Volatility But Less Upside Than Ether by Eoin Treacy

Yesterday, Apple became the first $3 trillion company after rising some 40% in the past year. Meanwhile Bitcoin rose just 38% in that same time frame, but with a lot more volatility. That puts Bitcoin -- the granddaddy of the crypto market -- in an uncomfortable position. It offers all the volatility downside risks of cryptocurrencies but smaller returns than its peers.

Gains in this latest Bitcoin halving cycle have been much reduced. The pace of Bitcoin issuance declines by half every four years in what is known as a “halving”. And that increased scarcity is a large part of the cryptocurrency’s appeal. But, as my colleague Joe Weisenthal just pointed out, Bitcoin has appreciated about 250% in this past cycle, whereas in the 2013 to 2017 halving the gains were 1600% and a gargantuan 2,000,000% in the first halving cycle from 2009 to 2003. And in 2021, the rise in Ether, the second most-valuable cryptocurrency, far outpaced Bitcoin, buoyed by its use in decentralized finance and the NFT market.

So Bitcoin is a very volatile asset, with two drawdowns over 30% in 2021 alone, while still underperforming even Apple, the world’s largest company and one of the most liquid equity securities.

On the other hand, if you’re looking for big returns, you’re not looking at Bitcoin either. Not only did Ether outperform Bitcoin by a large margin but the ‘altcoin’ Binance Coin, the next largest cryptocurrency, outperformed both with a 1300% gain.

And now Ether is worth $455 million to Bitcoin’s market cap just shy of $900 million. Maybe 2022 will be the year Bitcoin loses its crown as the largest cryptocurrency.

$3 trillion is a still a lot of money, even in today’s world where that number is thrown around with abandon. A few years ago, it was possible to make the argument Apple was a value stock. That’s harder to say today with a price to sales ratio of 8, up from 3 in early 2019.

The company’s iPhone sales appear to be cyclical with two lean years followed by a boom year. It’s safe to say that most people who wanted to upgrade used the pandemic as an excuse to justify the cost and government stimulus checks would have eased that decision. 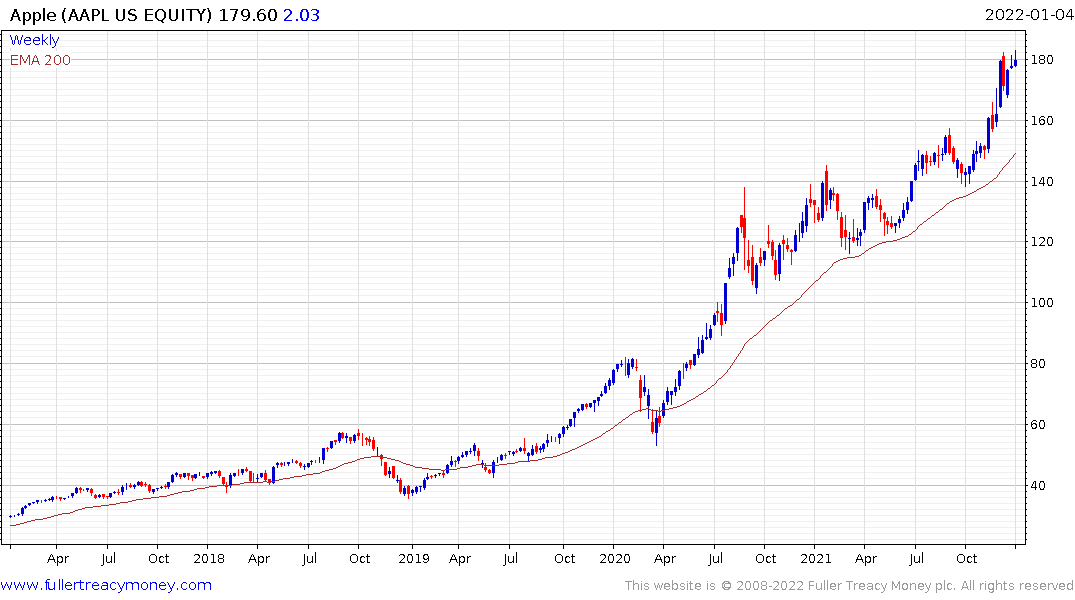 Meanwhile the services part of Apple’s business continues to grow strongly. That’s everything from advertising, AppleCare, iCloud, streaming content, and payment services. As I discussed above, it is difficult for companies to transition from cyclical to persistent growth but Apple is making a strong attempt to achieve that goal.

Having finally achieved such a psychologically important valuation ($3 trillion) at least a pause is looking likely. 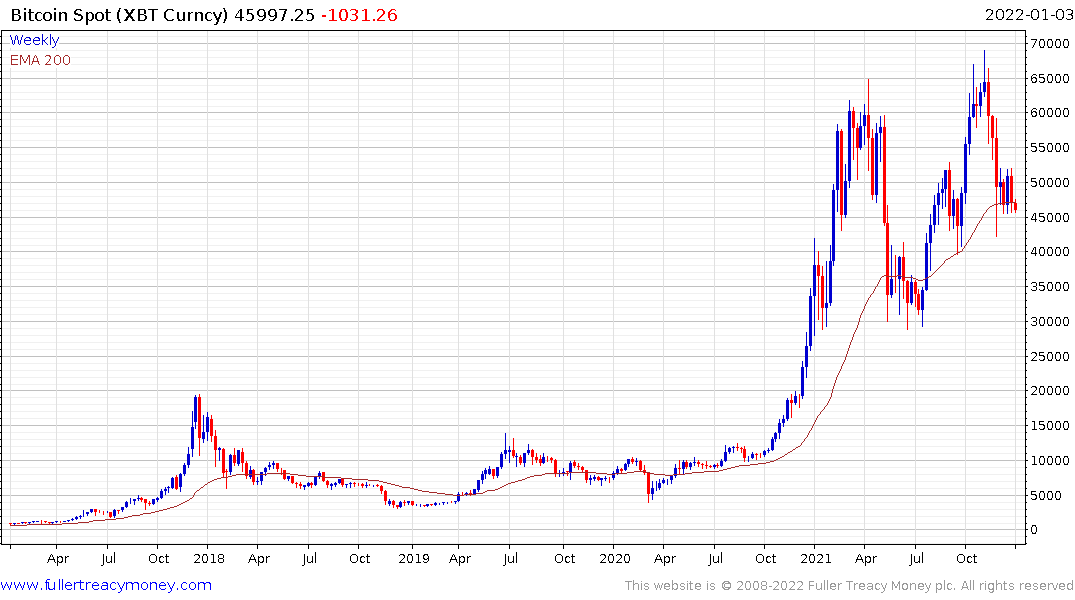 Meanwhile bitcoin continues to suffer from the law of big numbers. The primary reason traders participate in the cryptocurrency sector is for the promise of big gains. All the hype about Web 3.0 is secondary to that promise. The base effect is what helps to flatter returns for microcaps. It’s a lot easier to go from $1 million to $2 million than from $1 trillion to $2 trillion. 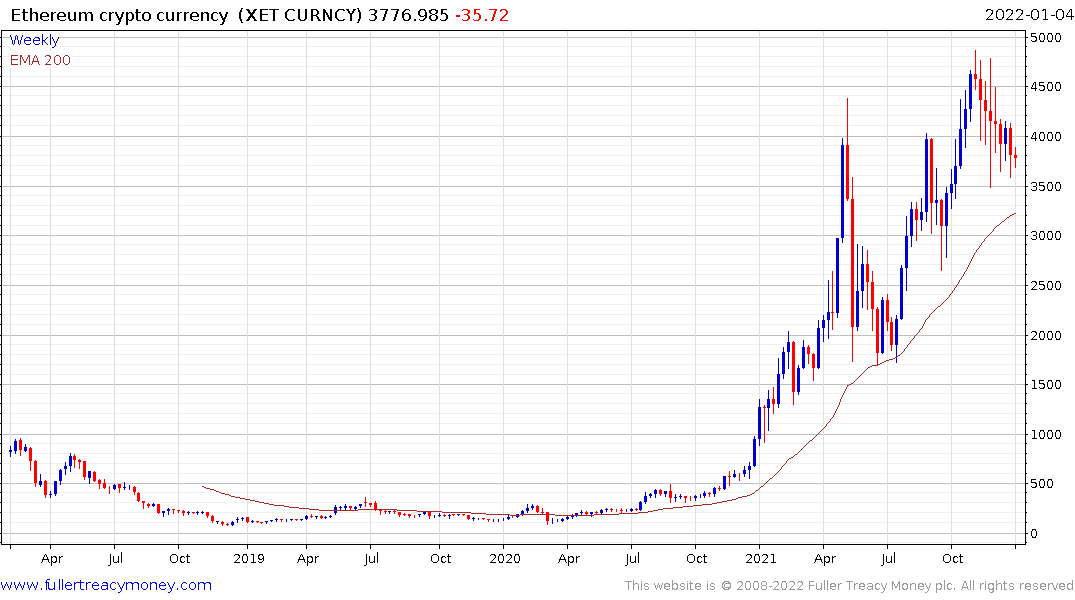 Ethereum continues to hold is breakout relative to the bitcoin and was a significant outperformer in 2021.