This sector was the darling of the investment community until about a year ago when Biogen had a disappointing quarter, Valeant’s business model blew  up shortly afterwards and despite the fact it is not a biotech company, the sector was hit by the same selling pressure. When politicians took aim at the high charges of drugs and new treatments, it contributed to additional selling pressure. 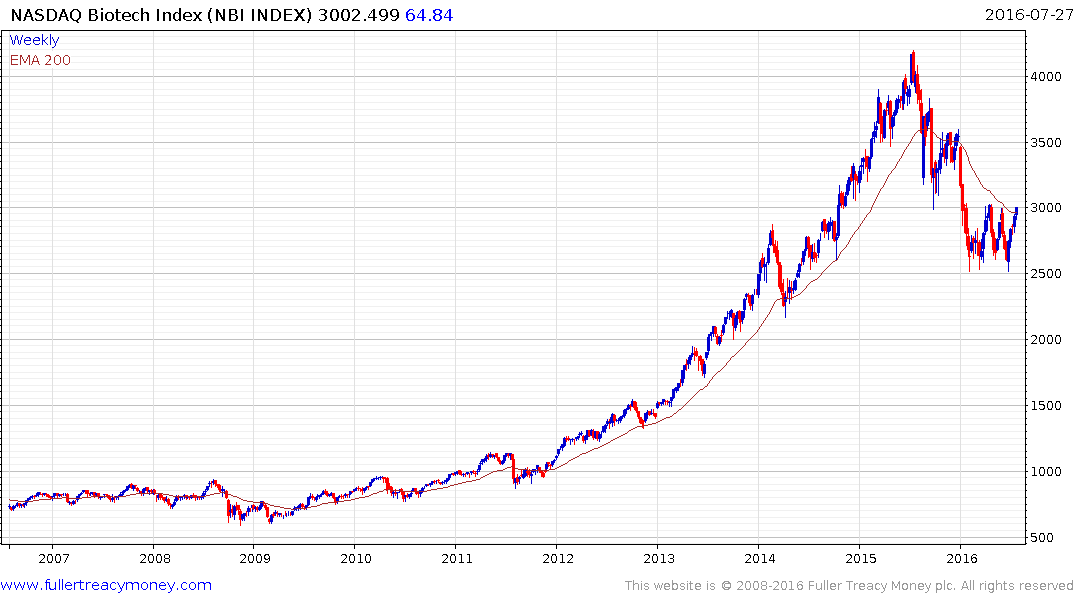 The Nasdaq Biotech Index hit a medium-term peak in July 2015 following a particularly consistent three-year uptrend. What followed has been a yearlong downtrend where the Index has found support above 2500 on three occasions since January and is now testing the region of the 200-day MA. A sustained move above 3000 would reassert medium-term demand dominance.

There is a significant difference between the bull market that took place over the last few years and that which took place in the late 1990s. This time around biotech companies have products in the market and earnings. There are already signs that a significant number of shares have broken their respective downtrends so the path to recovery is looking increasingly likely.

For example the decline in the broad sector has unaffected the performance of Swiss listed Actelion which is susceptible to a reversionary move following a particularly impressive move since June.

Amgen has been firming within its range and is now testing its highs. 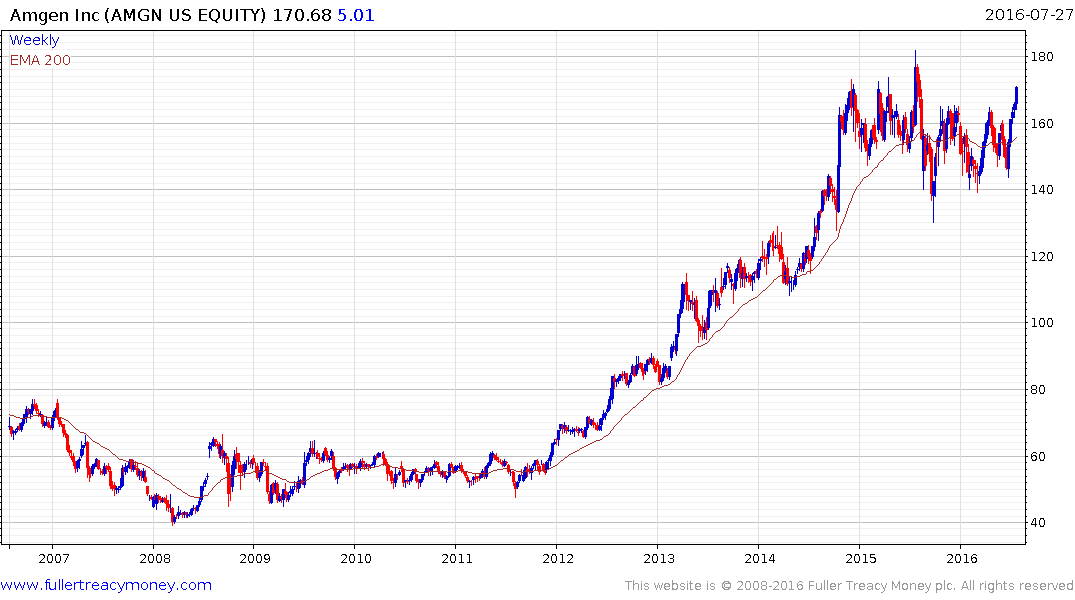 Celgene is also firming from the region of the lower side of its region. 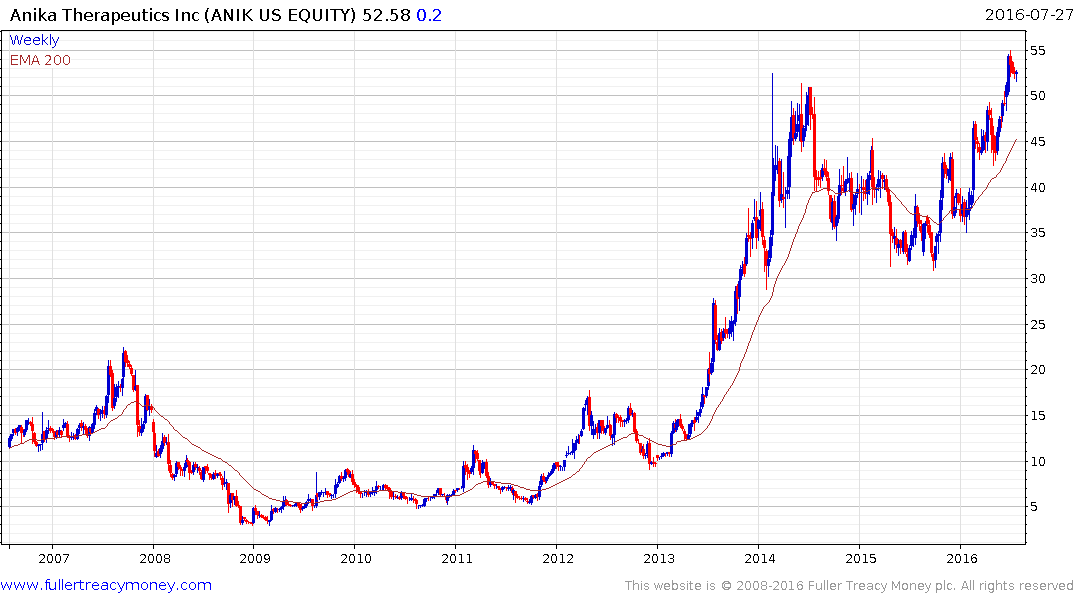 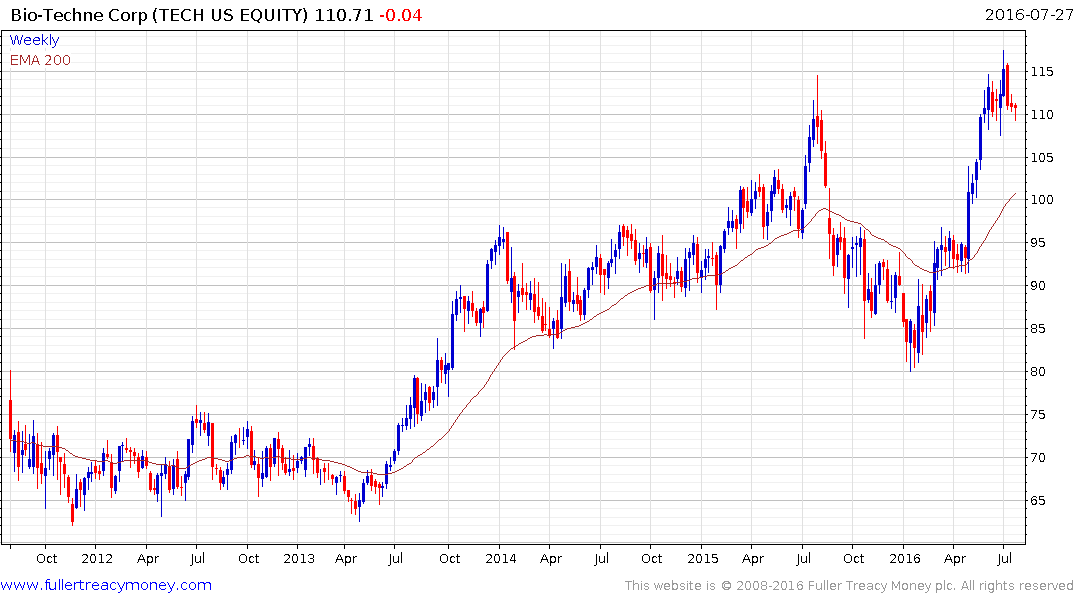 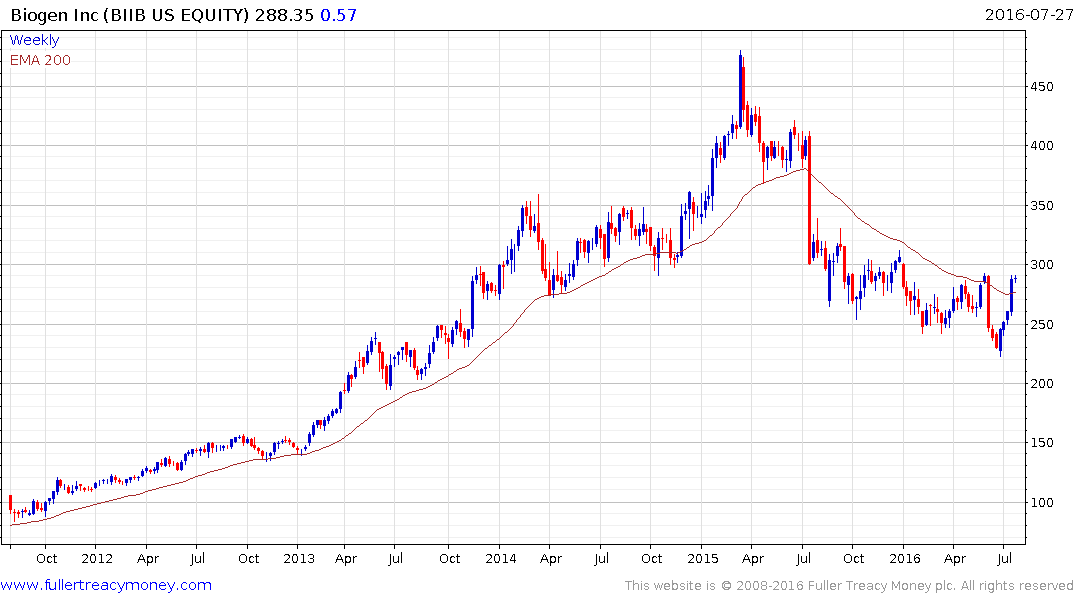 Biogen hit at least a short-term low in June before posting an upside weekly key reversal. It is now testing its progression of lower rally highs. 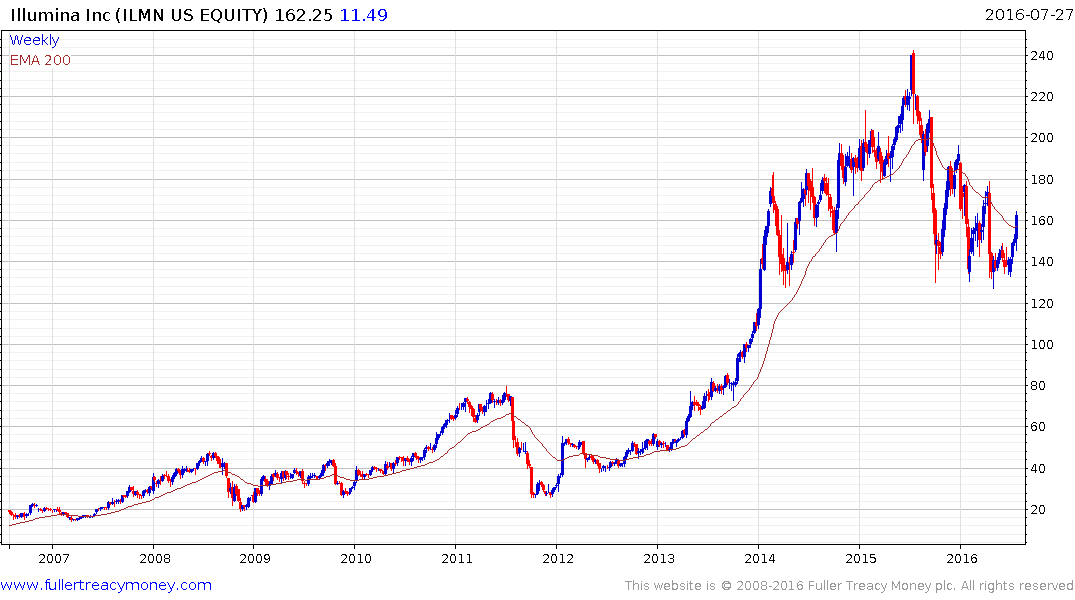 Illumina has a similar pattern. 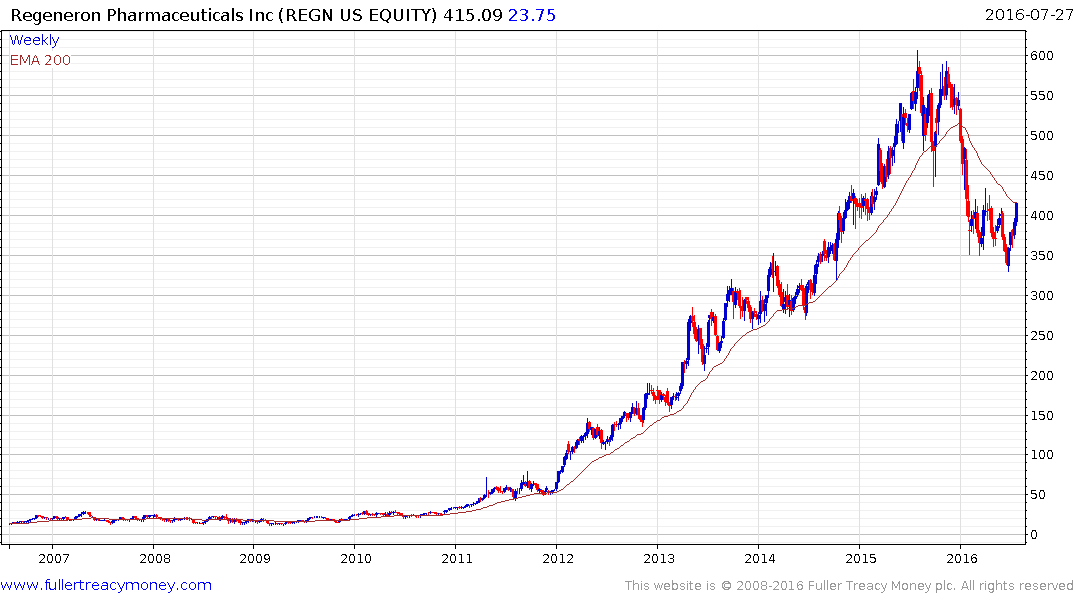 So does Regeneron Pharmaceuticals. 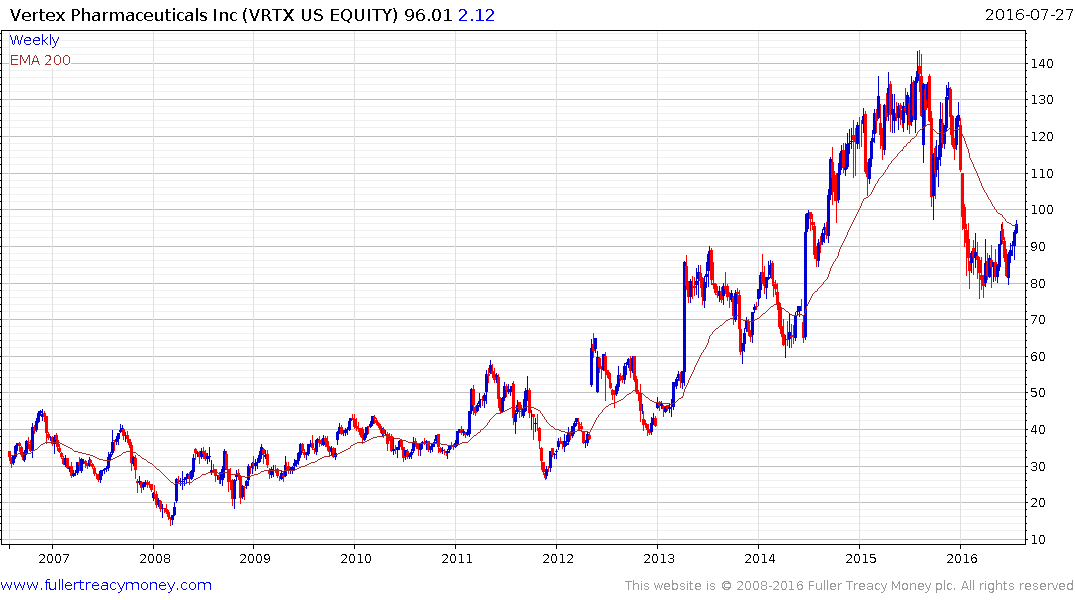 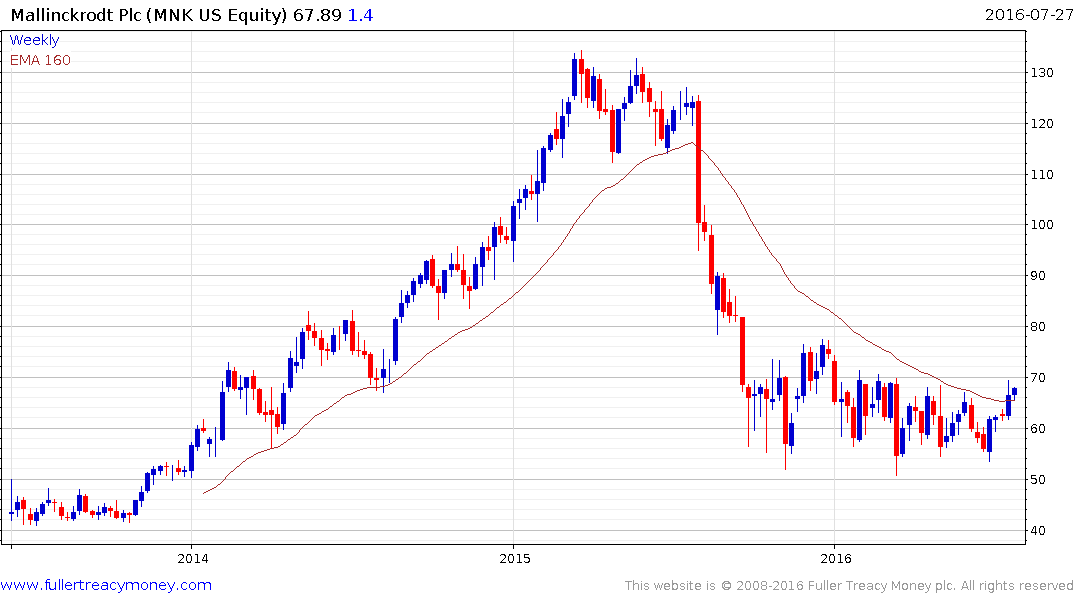 Mallinckrodt rallied this week to break a medium-term progression of lower rally highs. 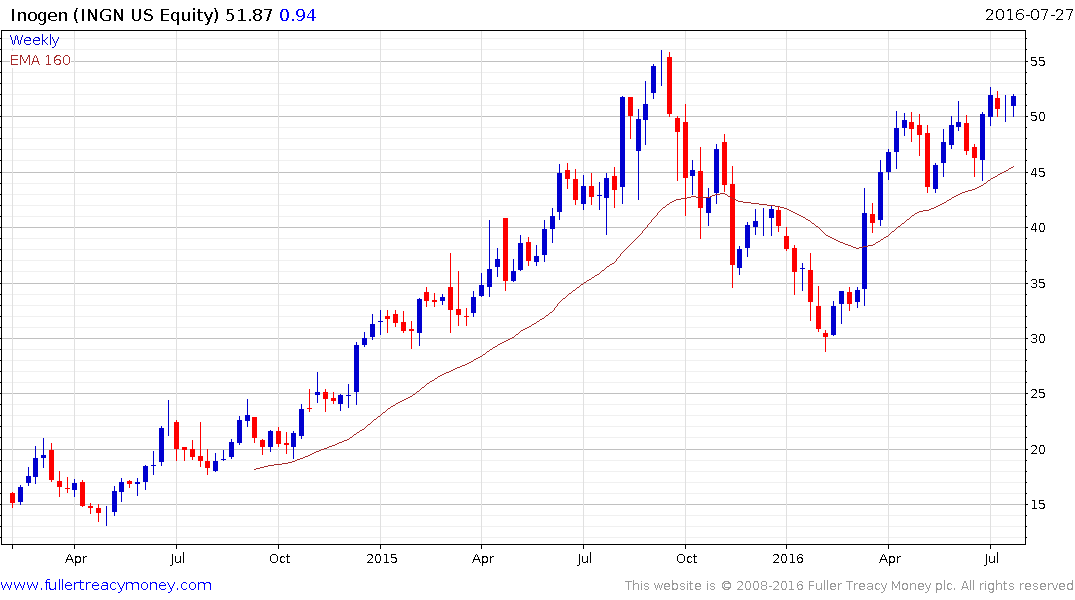 Inogen has been trending higher for most of the year and is now testing its late 2015 peak. 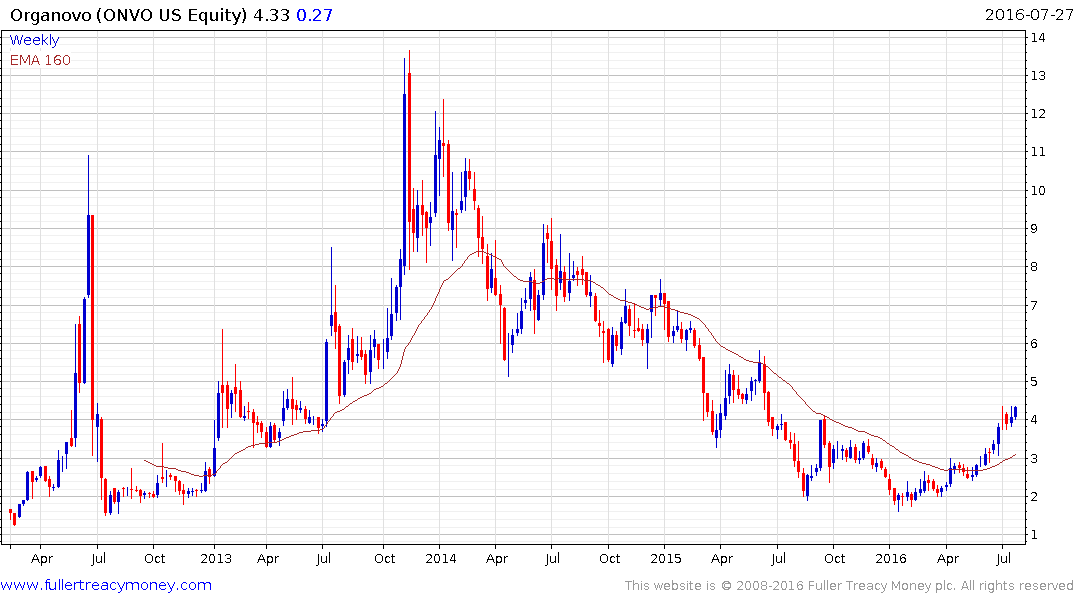 Organovo rallied in May to break a two-year progression of lower rally highs.