The FDA said in a statement on Monday that it was allowing the drug on the market because it reduces amyloid, a sticky, harmful protein that clogs the brains of Alzheimer’s patients. Amyloid’s role in Alzheimer’s is debated, but numerous other drugs that target it are being developed by pharmaceutical companies.

Biogen plans to sell the therapy under the brand name Aduhelm. It will cost $56,000 a year, the Cambridge, Massachusetts-based biotechnology company and its Tokyo-based partner, Eisai Co. Ltd., said in a statement.

In an interview, Biogen Chief Executive Officer Michel Vounatsos said that the company had already produced millions of vials of the drug and that it would hit the market within 10 days to two weeks, once the company had done things like printed labels.

Over 900 infusion sites in the U.S. are prepared to administer the drugs, he said.

By giving the treatment a broad label allowing it to be used for a wide swath of Alzheimer’s patients, and not just the very early-stage patients the drug was mostly studied on, “the FDA is basically empowering the physician to make the decision,” who it is most appropriate for, Vounatsos said.

Until today, there has been no treatment for Alzheimer’s. There is an argument about how effective the drug is, and some of the concerns about efficacy are very significant. Nevertheless, many patients will be prescribed it on a “something is better than nothing” basis.

Alzheimer’s is one of the last big completely unmet needs in the healthcare sector. The fact it is a chronic condition and the number of potential patients is growing makes it all the more enticing for drug companies. 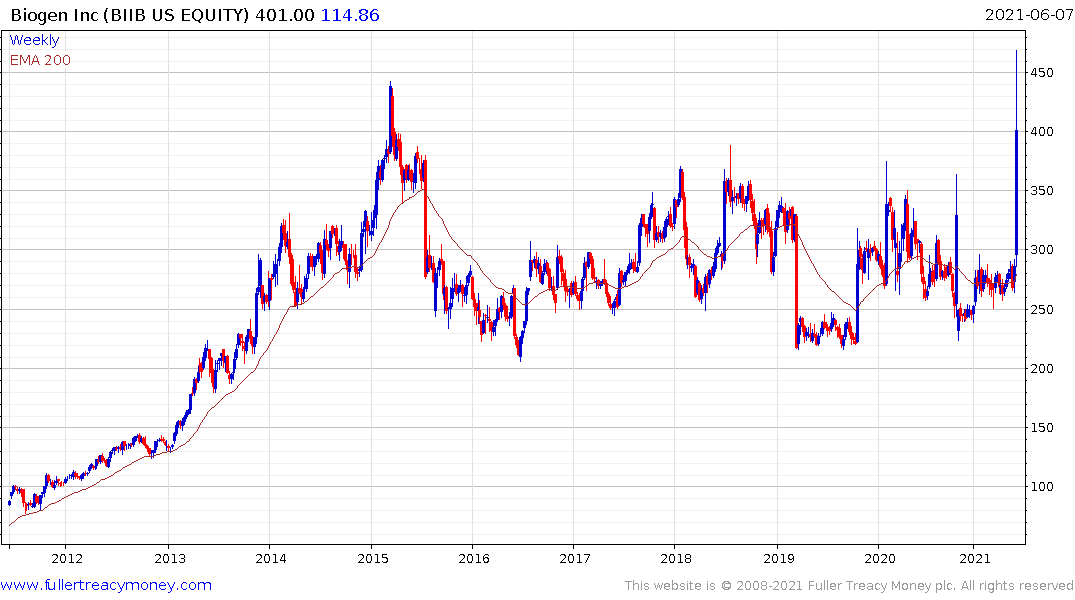 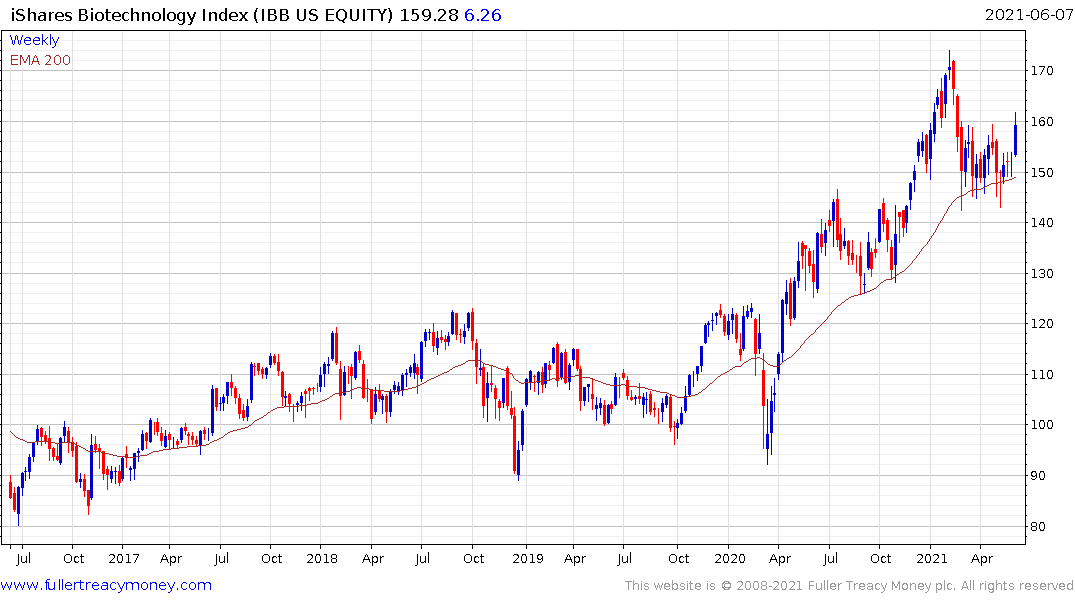 Biogen popped on the upside today and that was also enough to lend support to the biotech ETF which is firming from the region of the trend mean. 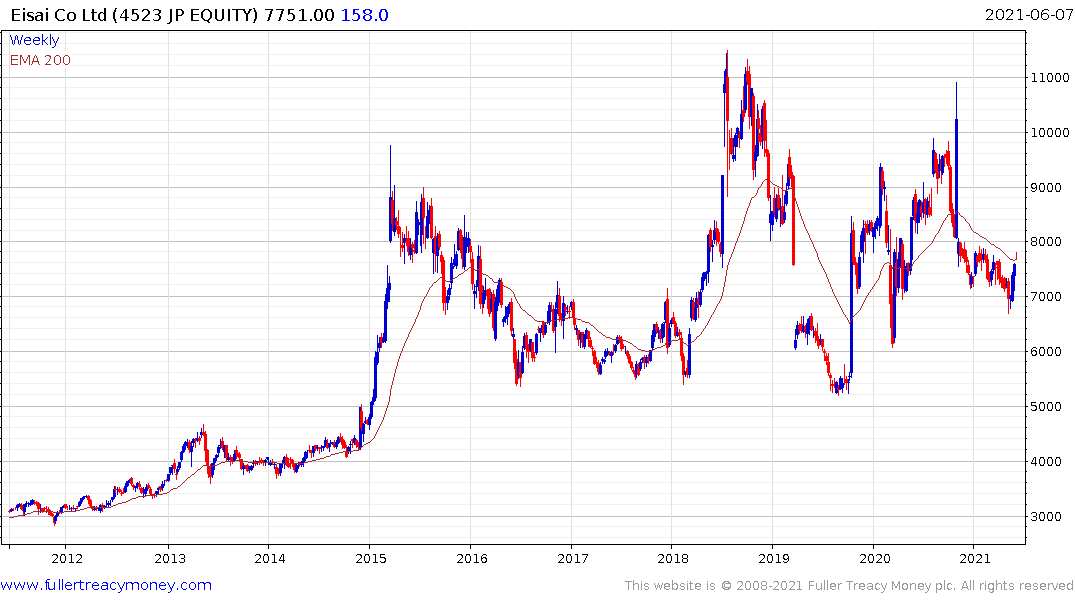 Eisai will do the same in Japanese trading tomorrow.