For the first time in my life, I bought gold because it is a good hedge,” Sam Zell, the founder of Equity Group Investments, said in a Bloomberg TV interview. “Supply is shrinking and that is going to have a positive impact on the price.”

Spending on new mines began to dry up after prices of the metal tumbled from a record in 2011, clouding the outlook for production. With gold still down by almost a third from its peak, the biggest miners are just looking at buying their competitors in a bid to bolster their output pipeline.

“The amount of capital being put into new gold mines is a most nonexistent,” Zell said. “All of the money is being used to buy up rivals.”

Tightening global liquidity and the slowdown in China is restricting the capital available to the mining sector. Additionally, prices for many commodities have been under pressure this year so it is more difficult for miners to make the case to lenders that they should be afforded more leeway. That has led to reduced spending on exploration and development. The fact that when prices are high and liquidity available banks line up to extend credit to miners contributes to the cyclicality of the sector. 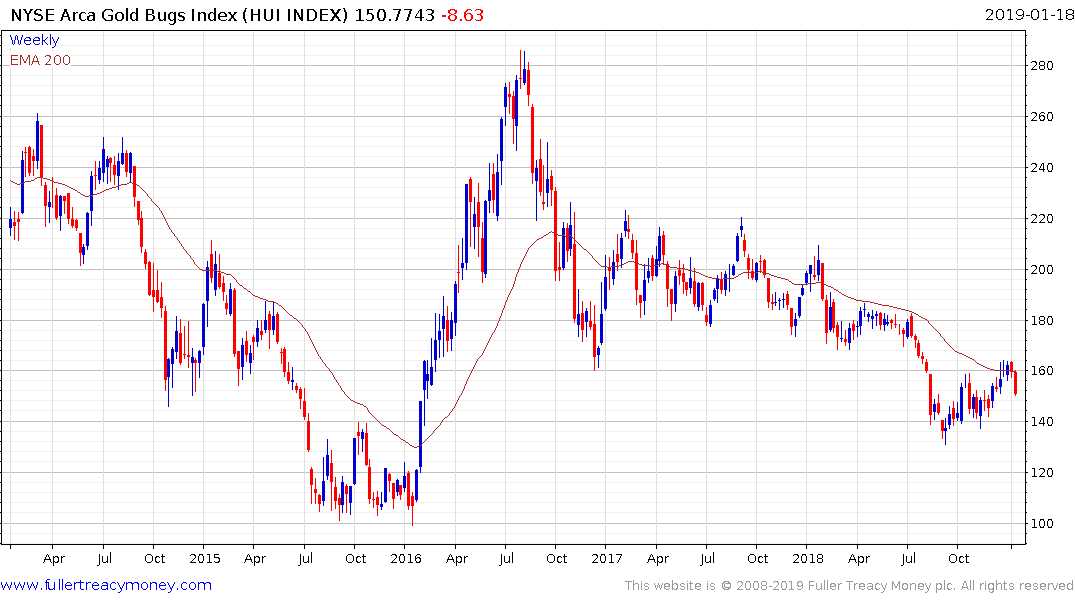 Gold miners did extremely well in the early years of the bull market in the early 2000s but turned into market performers at best after 2005 when ETFs grew in popularity and spending on new mines killed off the supply inelasticity argument.

Today gold miners are unloved and spending on new mines is at a low ebb. Meanwhile ore grades are deteriorating. That suggests gold miners have the potential to deliver upside leverage to gold prices if we do get back into a medium-term demand dominated environment. 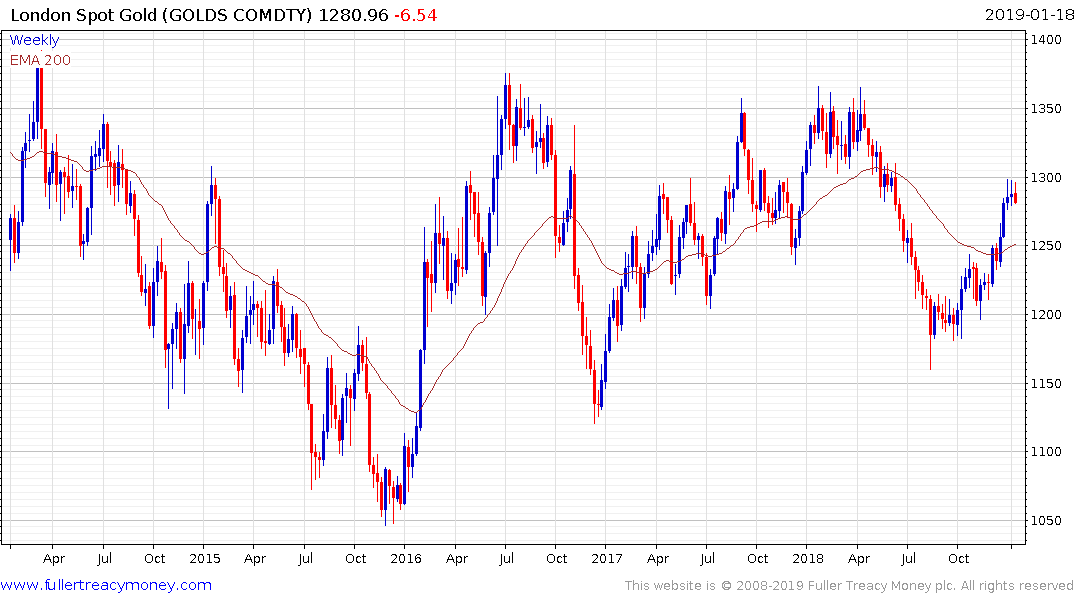 Gold pulled back today suggesting the beginning of a reversion back towards the mean.