Vale’s buyback, which comes on the heels of a bigger-than-expected dividend, is the latest chapter in its turnaround story. In early 2019, a tailings dam disaster sent Vale into crisis mode, with dividends cut and operations scaled back as the company focused on shoring up safety. Now, after agreeing to a dam-collapse settlement and seeing the prices of its metals rally, Vale is repaying investor loyalty.

While metal prices have come off multi-year highs in recent weeks, they’re still well up on year-ago levels. Vale’s iron ore business generated its second-highest earnings ever and the company is focused on existing assets rather than splashing out on deals as it did in previous booms.

Shares rose as much as 6.6% in Sao Paulo Monday, closing at the highest level since trading began in 1994. The buyback should help narrow Vale’s discount to its Australian peers, according to BTG Pactual analysts led by Leonardo Correa. Vale fetches 4.8 times estimated profit versus top iron producer Rio Tinto Group’s ratio of 7.9.

The mining sector is flush with cash. The sector went through a painful rationalization between 2011 and 2016 so they have been cautious about embarking on risky behaviour. That left them well placed to benefit from the recovery in industrial metal prices from the pandemic lows.

Over the last decade share buybacks have been one of the primary supports for the stock market, but mining companies were not in a position to pursue that kind of strategy. The pandemic changed the kinds of companies that are performing buybacks. That trend is likely to be a tailwind for the sector over the next couple of years or at least until they are tempted back into making big investments in new projects. 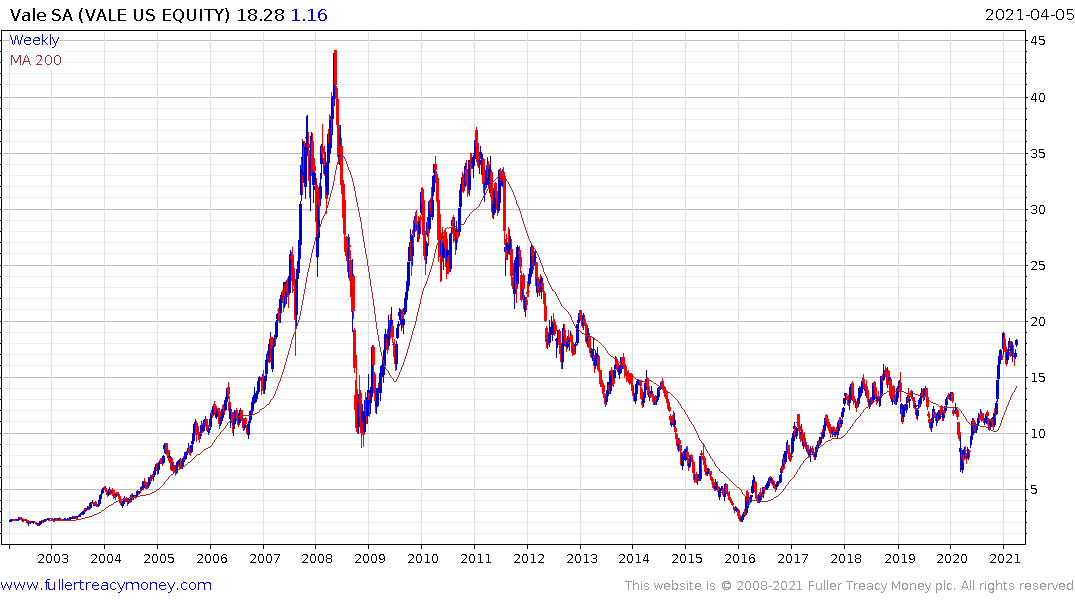 Vale’s US listed ADR has first step above the base characteristics. 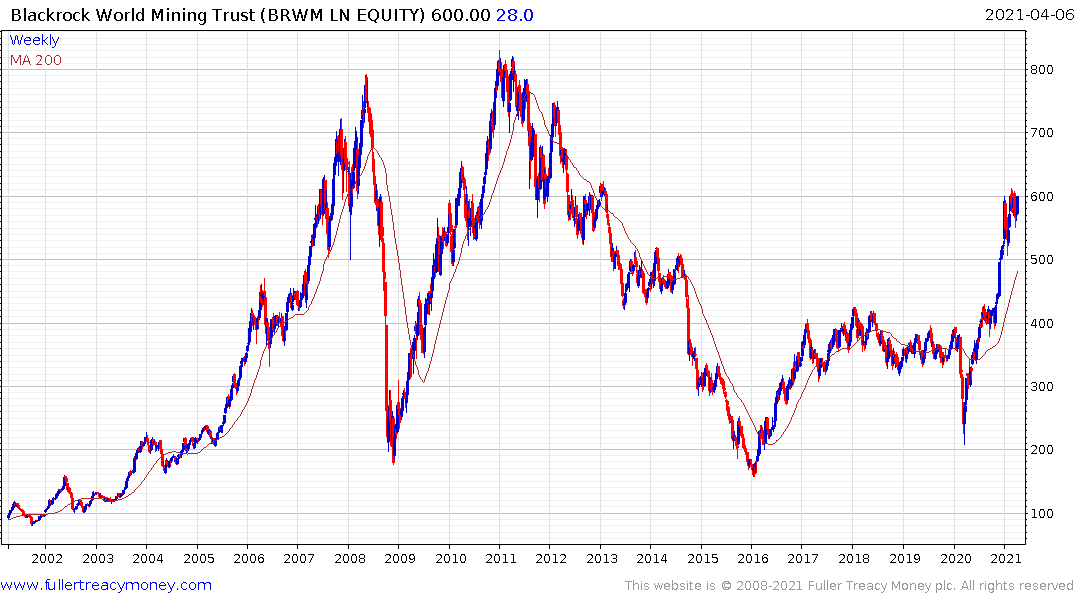 The Blackrock World Mining Trust has a similar pattern.