In some ways, however, that was the easy bit. The U.S. economy now enters a phase that cautiously could be described as the beginning of a recovery. However, remember that the virus is still out there. This leads to the question of how QE can continue to provide support in the months ahead? In terms of mechanics, the Fed describes the main purpose of LSAP as putting "[…] downward pressure on longer-term interest rates […]" in order to stimulate economic activity by generating attractive financial conditions.5 The key word behind those mechanics would be financial conditions. Such metrics generally try to describe the "[…] financial conditions in money markets, debt and equity markets […]" as the Federal Reserve of Chicago puts it.6 In other words, measures of financial conditions gauge the effectiveness of monetary policy.

Deriving a metric that summarizes the stance of monetary policy once the policy rate hits the Zero Lower Bound (ZLB) is not a trivial task, however. The monetary stimulus, as a combination of rates at the ZLB and asset purchases, is not directly observable. Our preferred methodology to overcome this problem would be the so called shadow short rate (SSR) as provided through the Reserve Bank of New Zealand.7 This concept mathematically derives a theoretical policy rate which is based on the evolution of the whole yield curve, therefore accounting for the impact of QE once the true policy rate is at the ZLB (see Chart 2).

Using the inflation of financial assets as a way of measuring the success of monetary accommodation is a recipe for bubble inflation. Nevertheless, it is the most expedient way to measure the impact of a central bank’s actions in fostering growth.

By contrast the ECB only focuses on inflation and because of that does not pay attention to financial asset prices in the same way. There is no doubt that the decade long period of extraordinarily low interest rates has boosted the price of bonds and German property in particular but the stock market has not been a beneficiary. 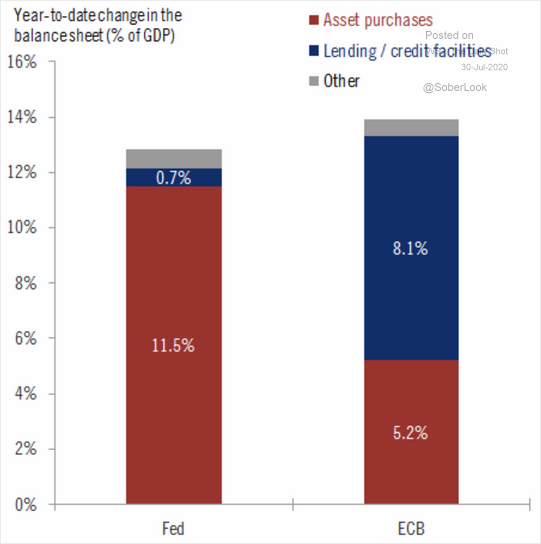 This graphic highlighting the difference between the two approaches to asset price manipulation offers a significant reason for the USA’s stock market outperformance. That in tandem with the country’s looser regulatory environment for new enterprises means it has historically been a seedbed for new technologies. That is unlikely to change.

Meanwhile while the Fed did not announce additional new measures yesterday it still has substantial runway to expand stimulus using the tools already announced. 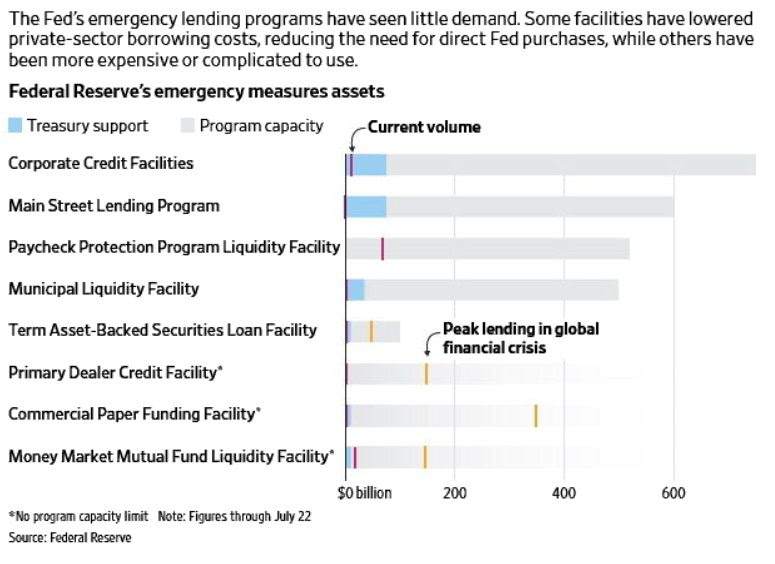 There is no evidence of a willingness on behalf of the Fed to alter the way in which it targets policy. That pretty much ensures the inflation of another investment bubble is underway and it will continue until inflation becomes enough of a challenge that interest rates will have to rise. 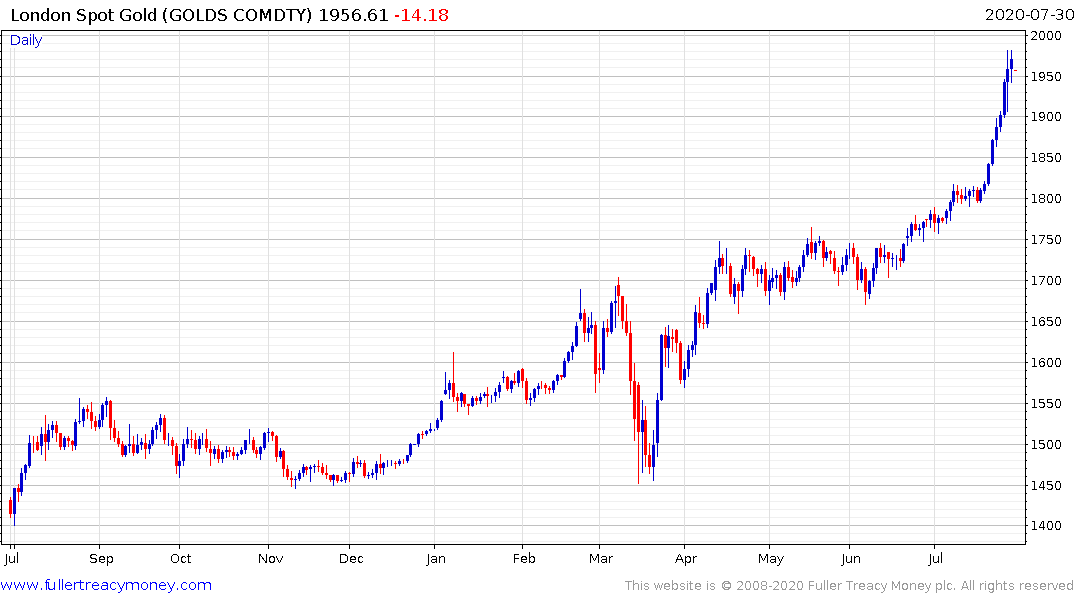 Gold is pricing in that conclusion. So far, the pause just below the psychological $2000 has been modest in amplitude. We may yet see some more aggressive profit taking but the reality is the 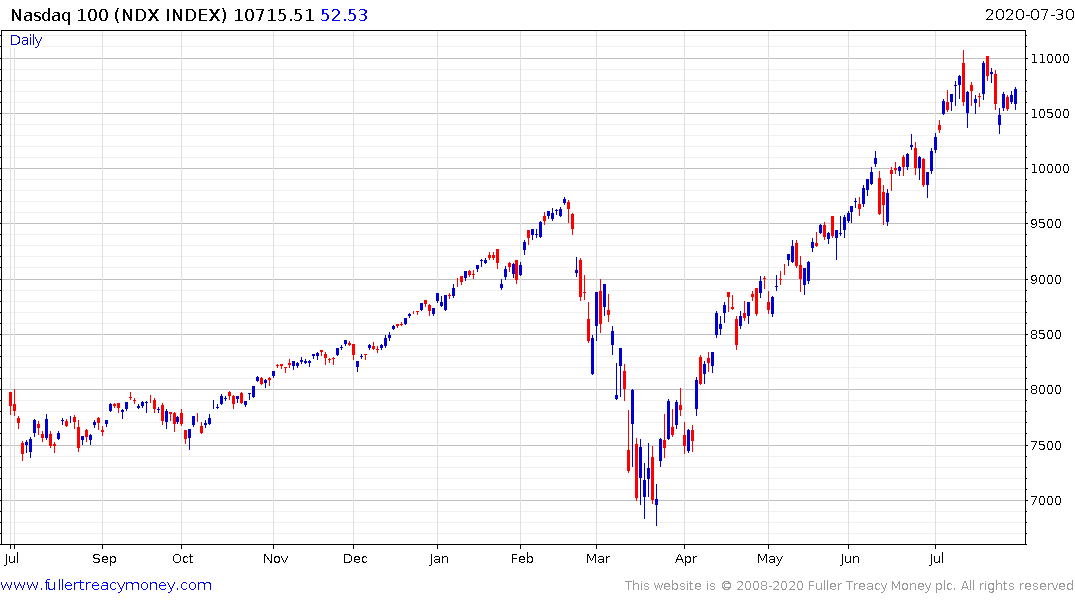 The Nasdaq-100 continues to trend higher in a step sequence uptrend of similar sized ranges one above another.