Big miners get some media shine
Comment of the Day

Big miners get some media shine by Eoin Treacy

Earlier this week JPMorgan Cazenove analyst pulled a u-turn on the mining sector going from underweight to overweight. To sum it up, JP Morgan analysts noted, “We believe the risk-reward for miners appears better due to a strong cost-cutting drive, a huge past repricing in earnings and in performance, especially if near-term data flow picks up." It created flurry of shareprice action for diversified miners especially with Rio Tinto jumping some five percent on especially rosy statements about potential it holds for share buybacks or a special dividend later.

Now it's not worth getting too excited about a few kind words from JP Morgan and subsequent shareprices jumps. The quick gains could prove fleeting as the headline excitement dissapates. Indeed, in grand scheme of shareprice moves, the latest action was slight on the yearly scale

We have been looking for a recovery in the resources sector for the last few months not least because laggards often engage in a powerful catch-up play in the mature stages of a cyclical bull market. Following the valuation expansion that accompanied last year’s powerful rally, value investors have been looking for reasonably cheap sectors in which to invest. The mining sector has become more alluring in this regard following deep write downs and a newfound respect for free cash flow. 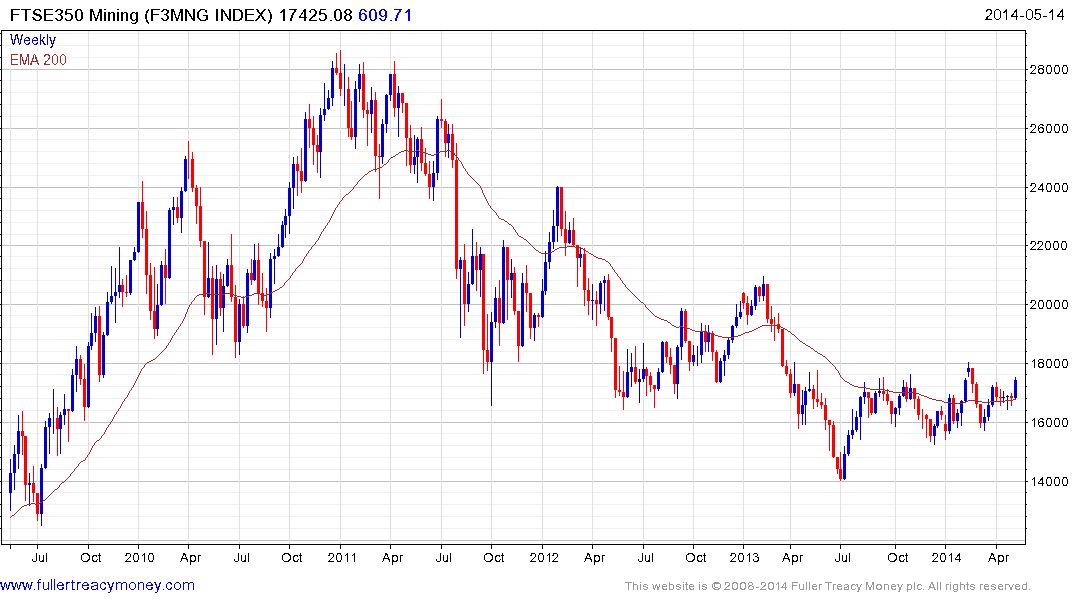 The FTSE 350 Mining Index failed to sustain the break below 16,000 last year and has been ranging above that level since August. A sustained move above 18,000 would confirm a return to medium-term demand dominance. 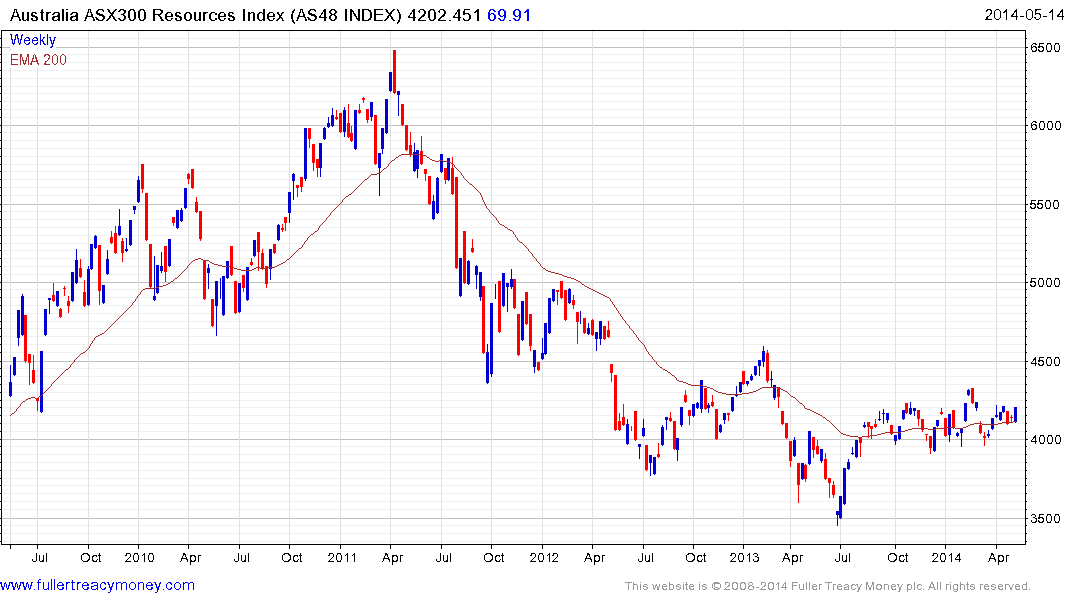 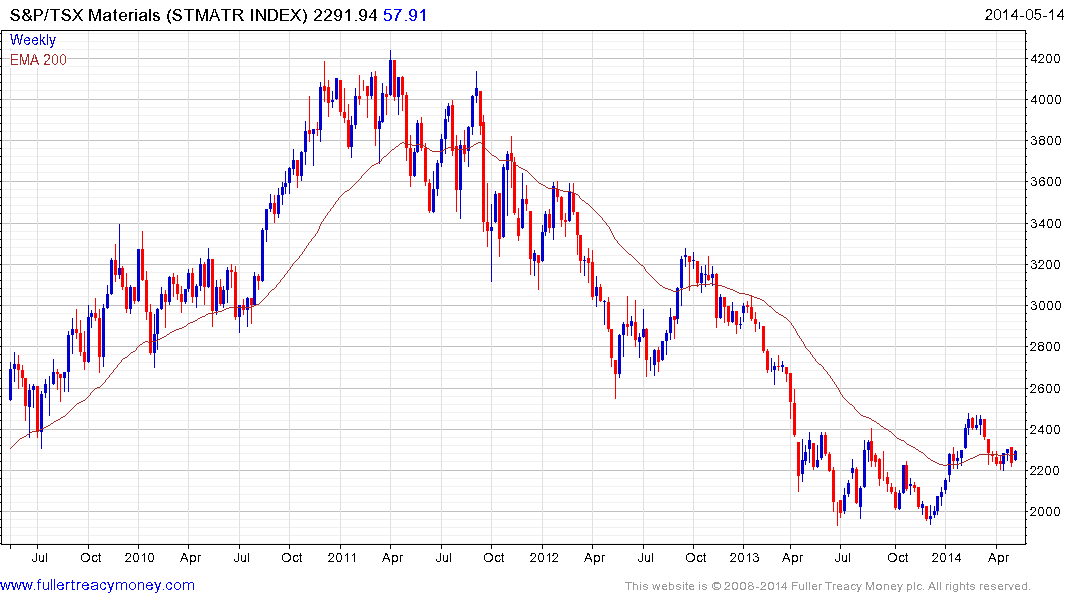 The S&P/TSX Materials Index which has heavy fertiliser and gold weightings pulled back to test the region of the 200-day MA from the March peak but a sustained move below 2200 would be required to question potential for some additional higher to lateral ranging.