A major undercurrent through the infrastructure plan is addressing inequality and expanding help for segments of society that the administration judges have been left out in the past. For example, in addition to fixing the “ten most economically significant bridges in the country in need of reconstruction,” there’s $20 billion for a new program that will “reconnect” neighborhoods that were cut off by past investments, such as the I-81 highway in Syracuse, New York. And all lead pipes will be replaced, to address water-quality issues.

$2.25 trillion is still a lot of money and if it passes it will represent a significant additional surge of liquidity through the economy. At a minimum that will help to spur commodity and building materials demand growth over the next decade.

If we look at what is contained and omitted from the proposal, the primary aim of the package is to ensure right-wing populists do not retake support in the rust belt. That is the simplest rationale behind continued support for outdated manufacturing, clean drinking water in places like Michigan, the lack of a federal carbon tax and the corporate tax hike. That virtually ensures the bill will need to be pushed through with zero support from Republicans. The absence of a wealth tax will be welcomed by big money backers of both parties.

The biggest question resides with the continued revival of interest in the Dollar. The interest rate differential is now clearly in its favour but the determination to further increase spending and deficits over the next couple of years should give some pause to bulls.

The housing market is on fire, if my experience in Dallas is any guide. Pouring more money into the system when economic activity is picking up greatly increases potential for inflation to take off. That’s been the primary rationale for the surge in bond yields. 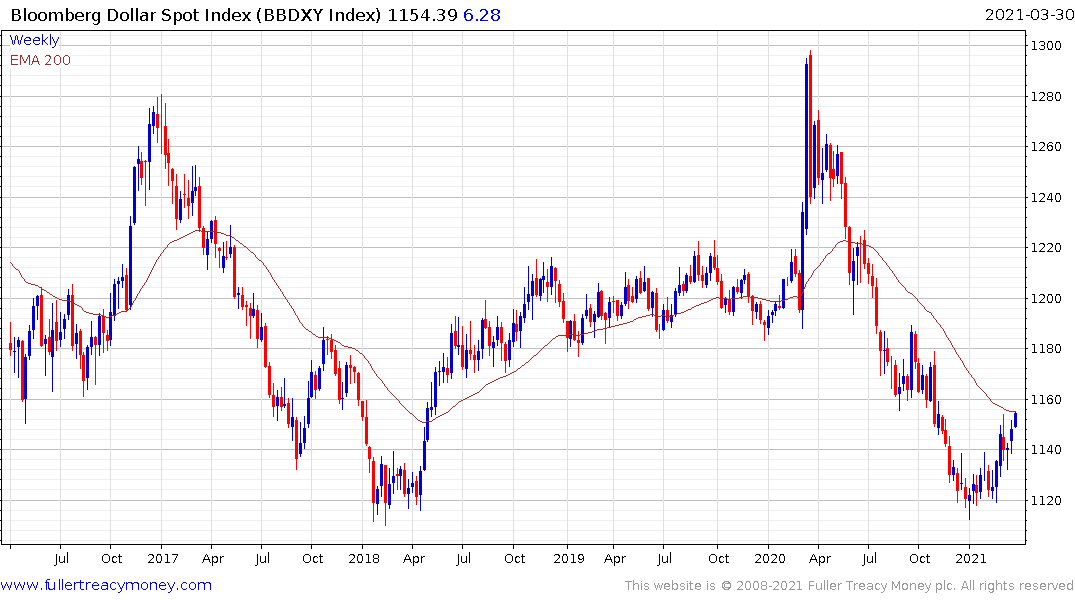 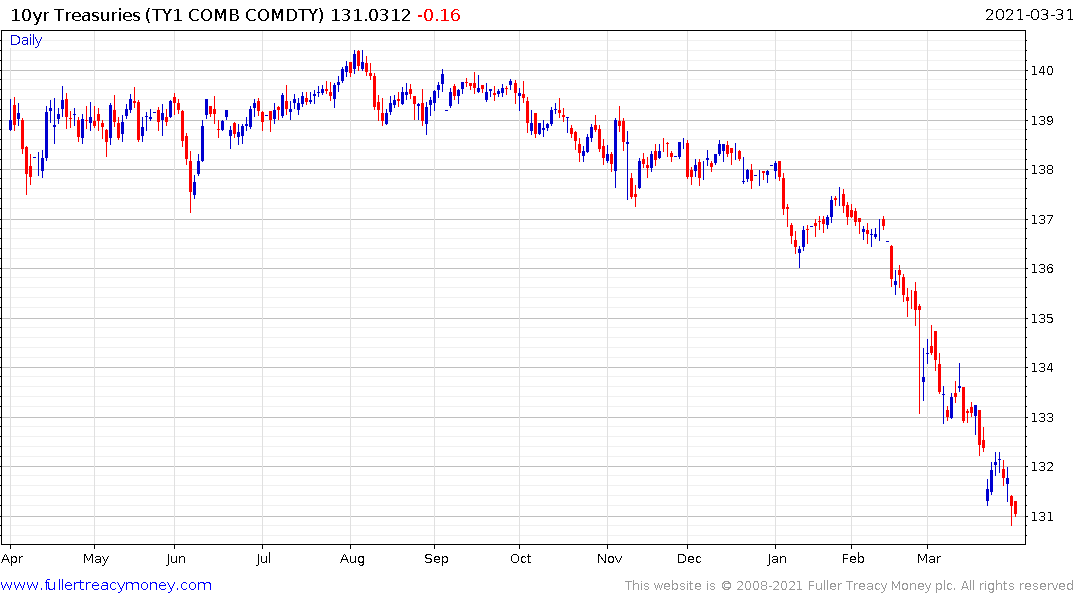 The counter argument is that bond yields are already well above competing rates elsewhere and spending will at least be partially offset by tax hikes. If renewed fears about the spread of the virus prevail there is potential for bonds to experience a reversionary rally. The 10-year has not held its intraday lows for two consecutive days but a clear upward dynamic will be required to pressure shorts. 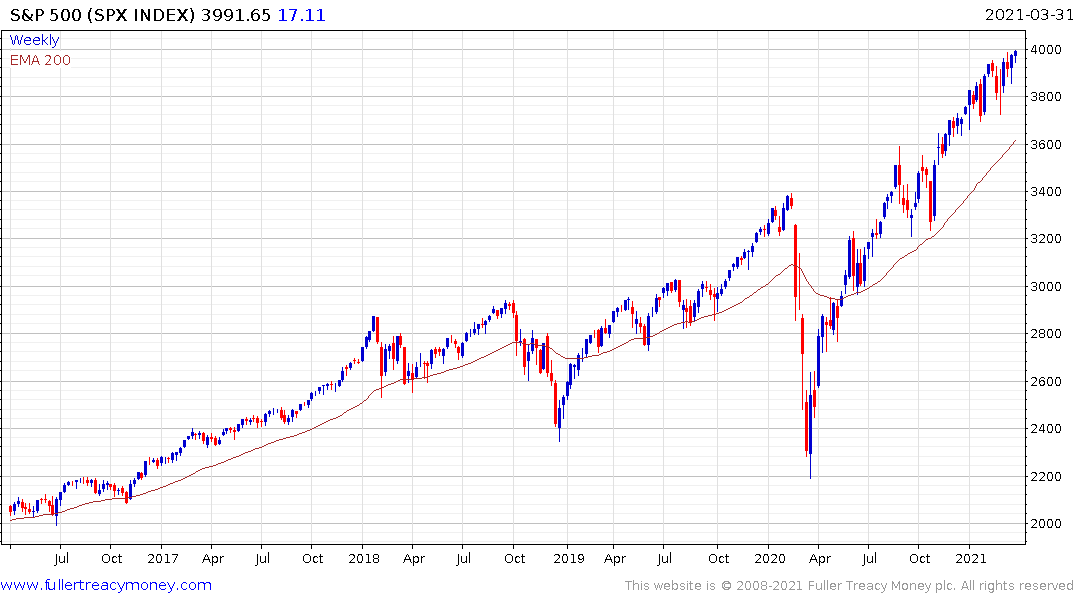 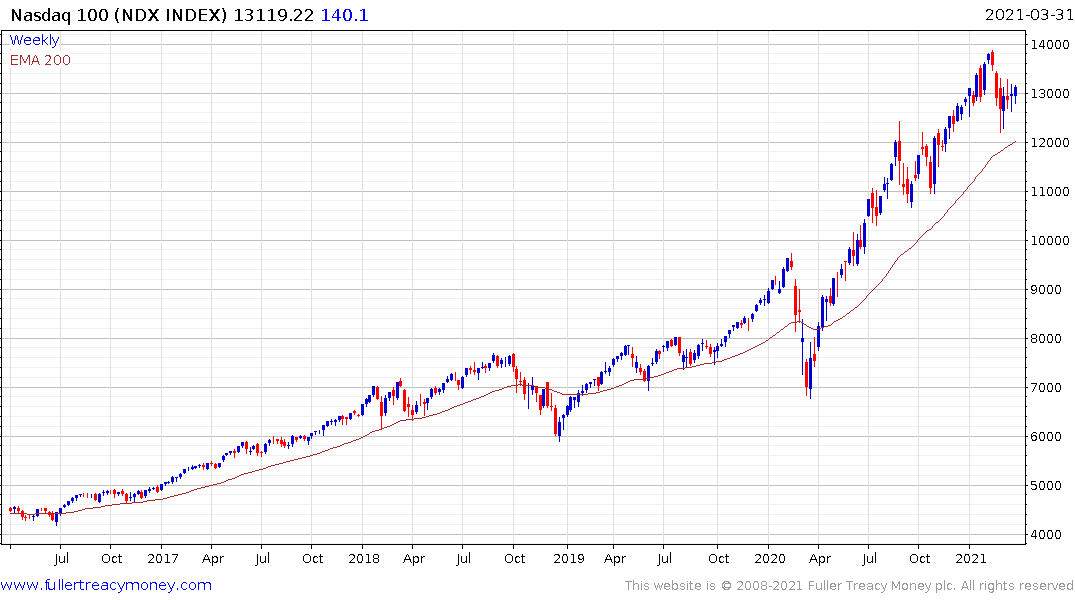 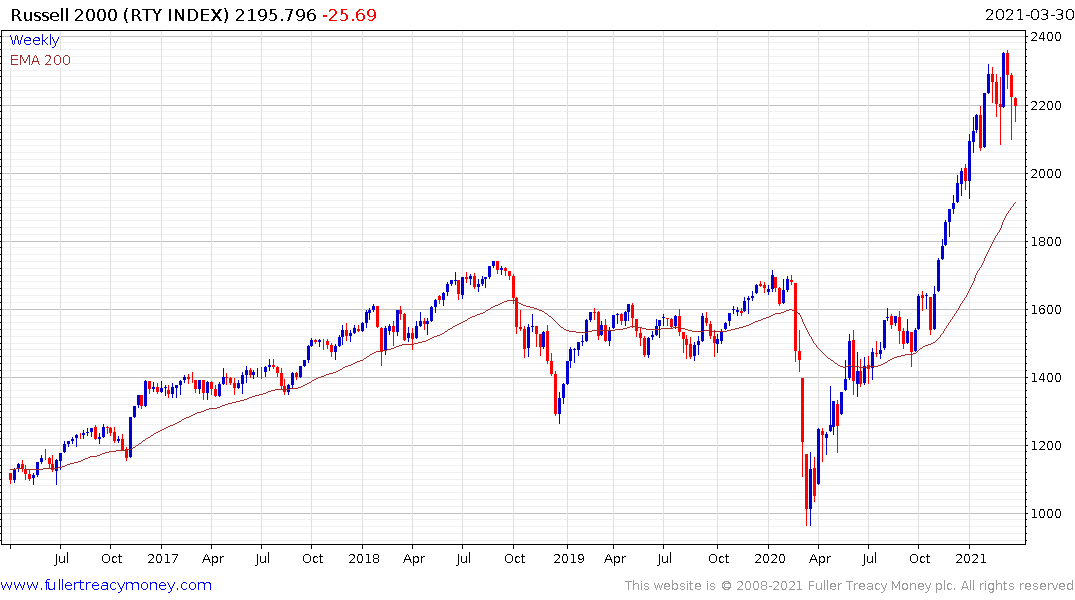 The Dollar and bonds are finely balanced arguments at present. Meanwhile, the S&P500 hit another new all-time high today, while both the Russell 2000 and Nasdaq-100 steadied.