Betting Against The Gods Is Now Impossible
Comment of the Day

Betting Against The Gods Is Now Impossible by Eoin Treacy

When meeting some clients a few weeks ago in Amsterdam, I made my usual remark about the stupidity of running negative interest rates. In response my host told me a sobering story. He manages a pension fund and had recently started to build large cash positions. One day he was called by a pension regulator at the central bank and reminded of a rule that says funds should not hold too much cash because it’s risky; they should instead buy more long-dated bonds. His retort was that most eurozone long bonds had negative yields and so he was sure to lose money. “It doesn’t matter,” came the regulator’s reply: “A rule is a rule, and you must apply it.”

Thus, to “reduce” risk the manager had to buy assets that were 100% sure to lose the pensioners money. A long time ago, I taught accounting and have always been fascinated by the brilliance of double entry accounting systems. This approach got me thinking where those losses would be booked in the case of pension funds, insurance companies and banks? And what would be the long term effects? To this end, consider the following example:

Back in May 2016, an institutional investor bought a five-year zero coupon bund at €103. Five years on, the bond will be repaid at €100, generating a loss of €3. How this loss appears will depend on the type of investor in question:

Every mania has a contradiction at its centre. In the 1980s, it was the Imperial Palace in Tokyo really was worth more than the entire state of California. In the 1990s it was earnings don’t matter. In 2000s it was CDS could absolve everyone of default risk. In this decade it is that no one loses money from negative yields. 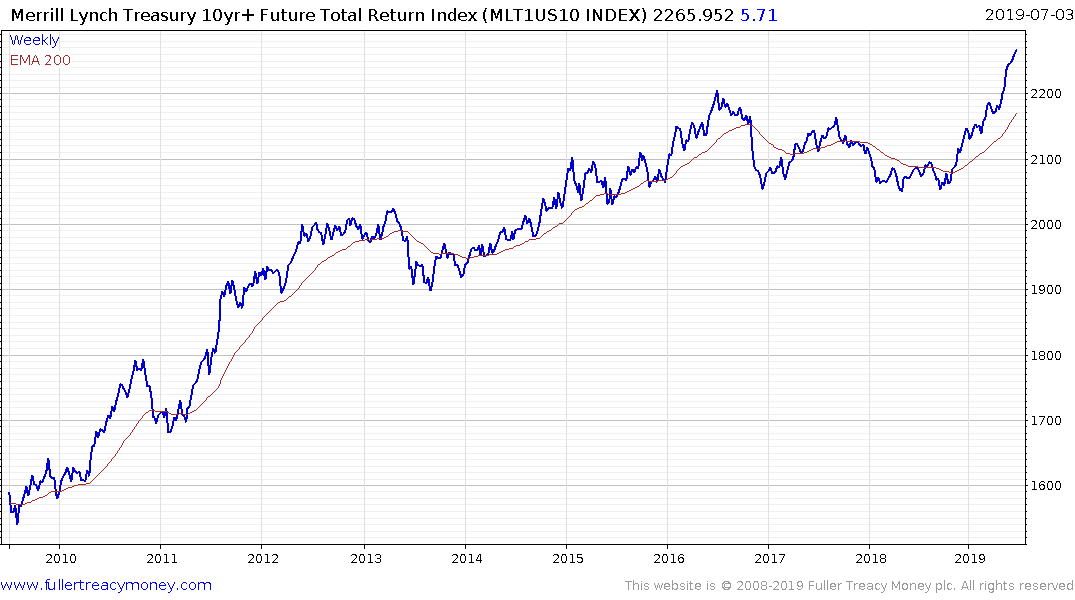 Let’s not forget that there are $13 billion in bonds with negative yields globally. It is not clear in how that figure is quoted whether that represents the face value or the levels to which the bonds have been big up to. Nevertheless, what we are witnessing is a bubble of epic proportions being inflated in the bond market. It is not over yet, and it will be clear on the charts when it is. But it is definitely a bubble.