Bet on the V; ERP on Track; Inflation Coming?
Comment of the Day

Bet on the V; ERP on Track; Inflation Coming? by Eoin Treacy

A potential path to inflation. While it may seem odd to talk about the return of inflation in the middle of a recession, the size of the fiscal response package has many investors thinking about the prospect of a return of inflation beyond what the consensus expects. We gave high level thoughts some weeks back on how inflation might materialize again - see The Case for Inflation and the Secular Bull - but in brief, we think the following forces all working in concert raise the probability of an inflationary environment in the future:

Populism--this is a growing global trend with many democratic countries having elected populist leaders over the past decade. These leaders have ushered in various forms of protectionist policies that are generally inflationary--minimum wages, immigration controls, tariffs, etc.

Wage Growth--perhaps the most important trend of populism, wage growth is critical to inflation trends. Wages increased during the prior expansion and while some (rightly) complain they have further to go, we are well off the extreme lows of the prior decade and new trend will be hard to push back against given the populist demands. In the US, minimum wage legislation will keep upward pressure on hourly compensation costs even in a recession.

Nationalism--immigration controls, higher military spending and tariffs are all part of this trend and inflationary.

De-Globalization--This is an outgrowth of Populism and Nationalism but there is also an argument that globalization did not work for the majority of people and companies even though it was very good for the 1 percenters. COVID-19 has also exposed the fragilities of a global economy that is heavily reliant on supply chains half way around the world. Such a reversal of this trend would almost undoubtedly add to costs. As an example of this real time, our recent AlphaWise CFO/COO survey showed that 40% of executives plan to reduce offshoring through the rest of the year and almost one third plan to reduce their global supplier list with business continuity being cited as the primary reason for a supply chain shift.

Structurally Higher Deficit Spending--The combination of 20%+ fiscal deficits and unlimited QE creates a powerful tool for structurally higher deficit spending that may be harder to end post recession than the consensus expects. Deficit spending has been on the rise for the better part of two decades and with the Fed now helping absorb the increased issuance necessary to fund this spending, it may be more difficult for politicians to really pull spending back in or raise taxes after the recession. If "Inflation is always and everywhere a monetary phenomenon", a structural rise in issuance to spend could be a powerful inflationary force

US Dollar Weakness -The significant shift that we may be witnessing in US fiscal and monetary policy could lead to a materially weaker dollar. 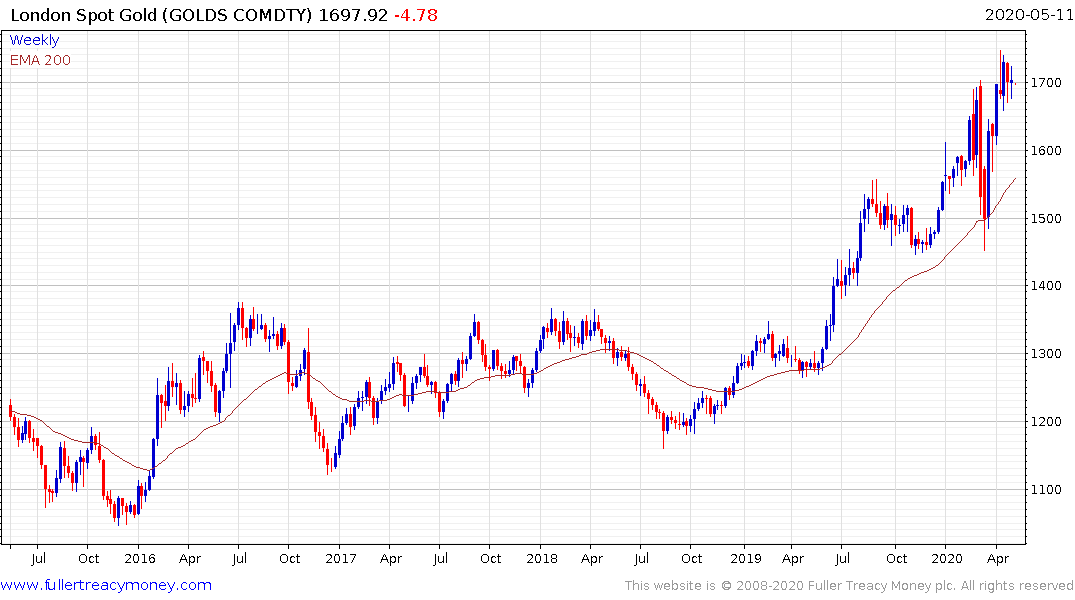 Gold’s relative strength over the last year, coupled with a tight labour market were already starting to raise interest in inflation hedges a year ago. Then came the truce in the trade war, the halting of the Fed’s rate hikes, the repo liquidity crisis and finally the coronavirus recession. That has once again raised the spectre of deflation.

However, the monetary and fiscal response to the crisis is certainly pointing towards inflationary pressures in future. The fact people can make more from being unemployed than working is an obvious issue that will stoke further wage demands.

The challenge for the stock market having rallied so impressively from the low is to come up with a rationale to justify additional gains. Liquidity got it this far and remains the primary tailwind. Speculation that the vaccines currently under development will be a gamechanger for earnings in 2021 are an additional tailwind. The challenge is Wall Street is rapidly approaching important areas of potential resistance. 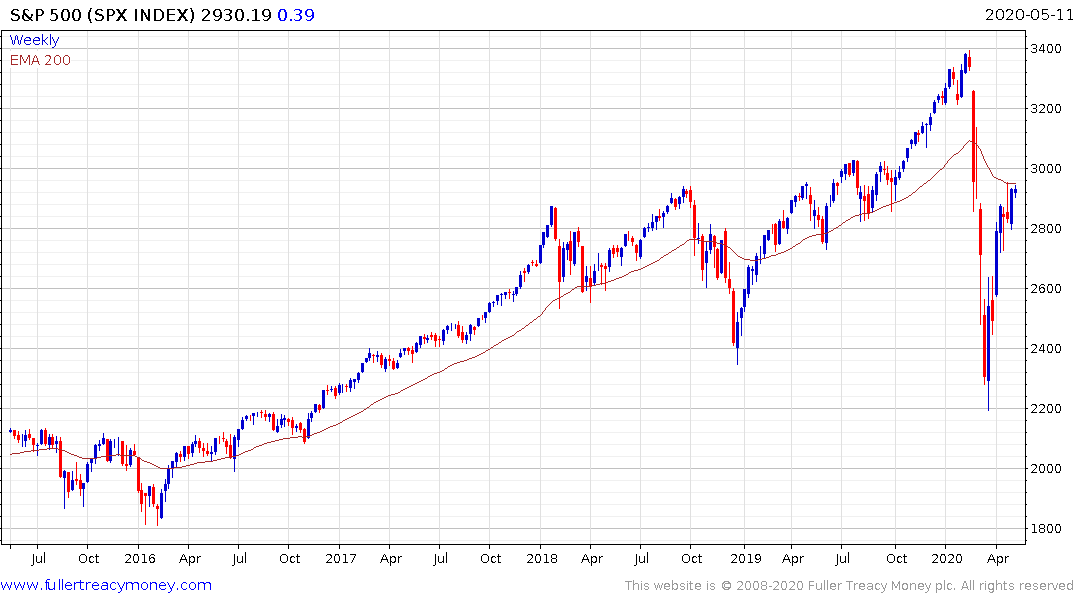 For the S&P500 that is the psychological 3000 level which coincides with the region of the 200-day MA. 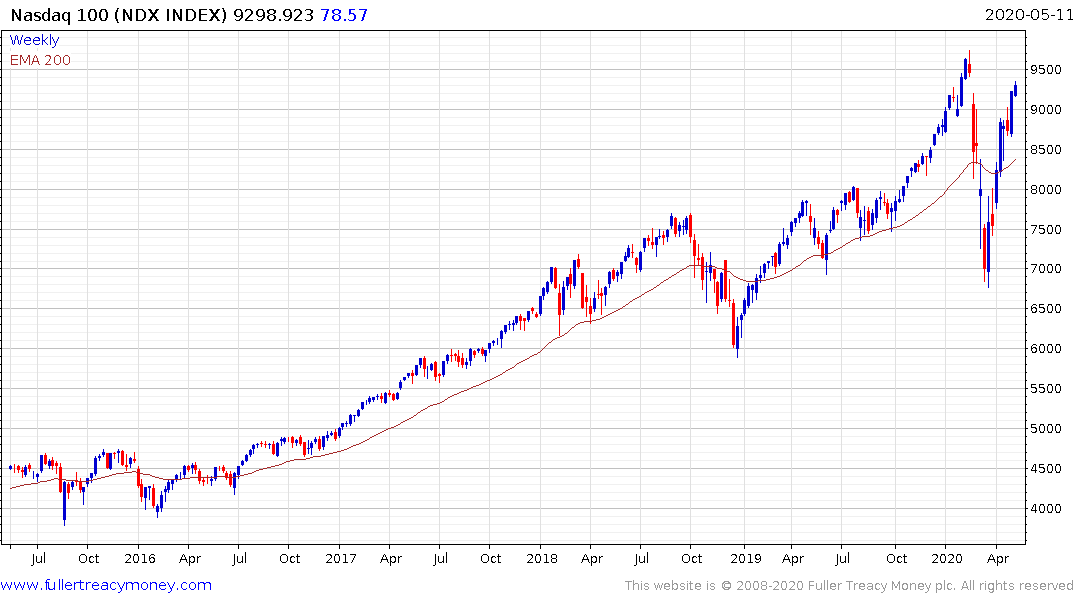 The Nasdaq-100 it is within a few percent of its all-time peak and the psychological 10,000 level

As prices race back to test these levels, short-term overbought conditions have replaced short-term oversold conditions. That suggests the risk of at least some consolidation is rising just as rapidly.