A deeply-rooted “misperception” that the Japanese economy will give way to deflation and lead to an eventual collapse of local equities has been a drag, keeping investors blind to positive developments, according to Musha. Most recently, belief that Japan will be crushed in the escalating trade conflict between the U.S. and China has propelled bearish views, he said.

​Japan’s economy grew at the fastest pace in more than two years during the second quarter, as companies cranked up capital spending to meet global demand and cope with a severe labor shortage. Growth is expected to slow during the second half but remain steady well into 2019, when a sales-tax increase slated for October will pose a challenge to consumers.

The better than expected 11 percent jump in July core machinery orders helped highlight that robust capital expenditure is Japan’s driving growth, according to Jonathan Allum, a strategist at SMBC Nikko Capital Markets Ltd. In London. This is one factor that stock bears may have been missing and could prove to be a catalyst for a rebound, he said.

There are three points that are worth keeping mind with regard to the Japanese market. The first is the Bank of Japan is still engaged in quantitative easing and is actively buying stocks. The second is the economy is doing well with low unemployment and a high participation rate. The third is valuations are not demanding and compare favourably with both Wall Street and Europe. 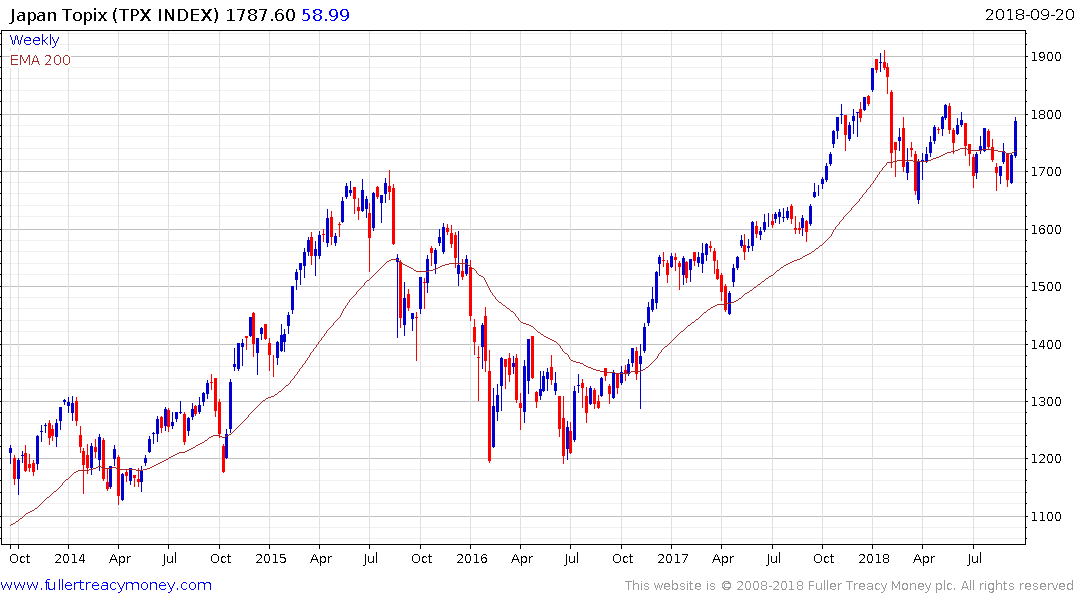 The Topix Index firmed impressively this week to test the upper side of its seven-month range. A clear downward dynamic would be required to question potential for successful resumption of the medium-term uptrend. 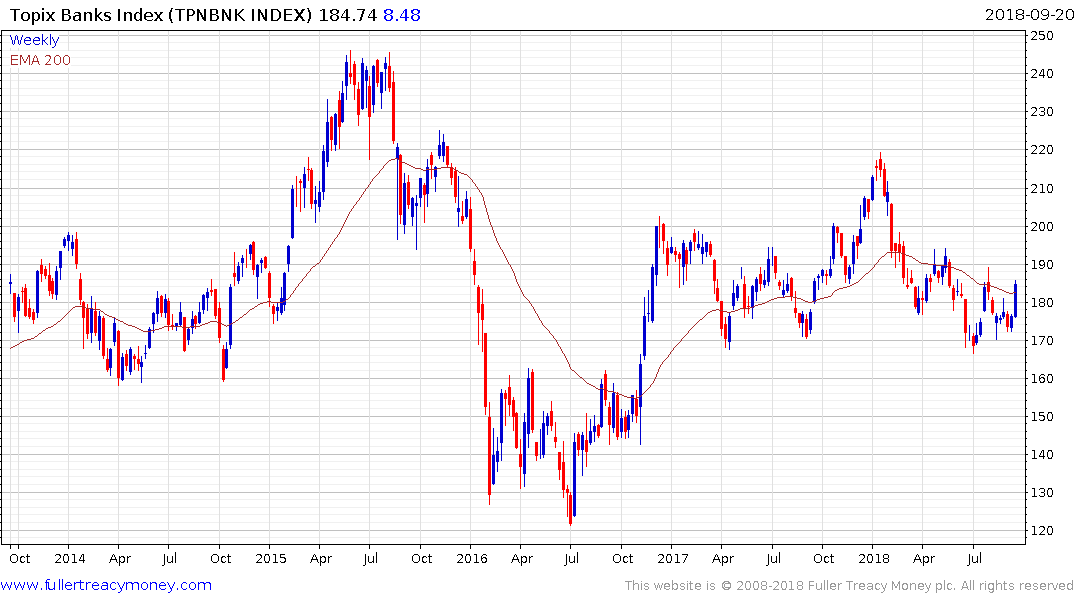 The Topix Banks Index is firming from the lower ide of its medium-term range and is now testing this year’s progression of lower rally highs. A short-term overbought condition is evident but the odds are improving that the Index will be able to sustain a move above 190 to break the downtrend.