Bayer to Buy Merck Consumer-Health Unit for $14.2 Billion
Comment of the Day

Buying the Merck unit adds the allergy medicine Claritin and Coppertone sunblock to a Bayer portfolio anchored by the iconic pain pill aspirin. Bayer, based in Leverkusen, Germany, had 3.9 billion euros ($5.4 billion) in sales of non- prescription medicines last year, accounting for about 9.7 percent of the drug and chemical conglomerate’s revenue.

“We are strong in the over-the-counter business with Bayer aspirin and other products, so this was a great opportunity for us to strengthen the business and truly become a global leader,” Chief Executive Officer Marijn Dekkers said in an interview with Bloomberg Television.

Bayer ranks second in over-the-counter drugs by sales, behind Johnson & Johnson, according to a ranking compiled by the German company. After the Bayer-Merck transaction closes and Glaxo and Novartis form their venture, that venture will be the largest, followed by Bayer and then J&J, according to Bayer.

The pace of M&A activity in the healthcare sector continues to increase. While an argument continues to run in the bond markets over when interest rates will begin to rise and what effect that will have on borrowing costs, corporations are clearly voting with their wallets. They appear more willing to pay reasonably high prices with cheap credit rather than wait for the possibility of lower prices but perhaps more expensive funding.

The consumer and large cap pharmaceuticals sector had been mostly rangebound over the last year but as the wider market has ranged, these sectors have moved to positions of outperformance. 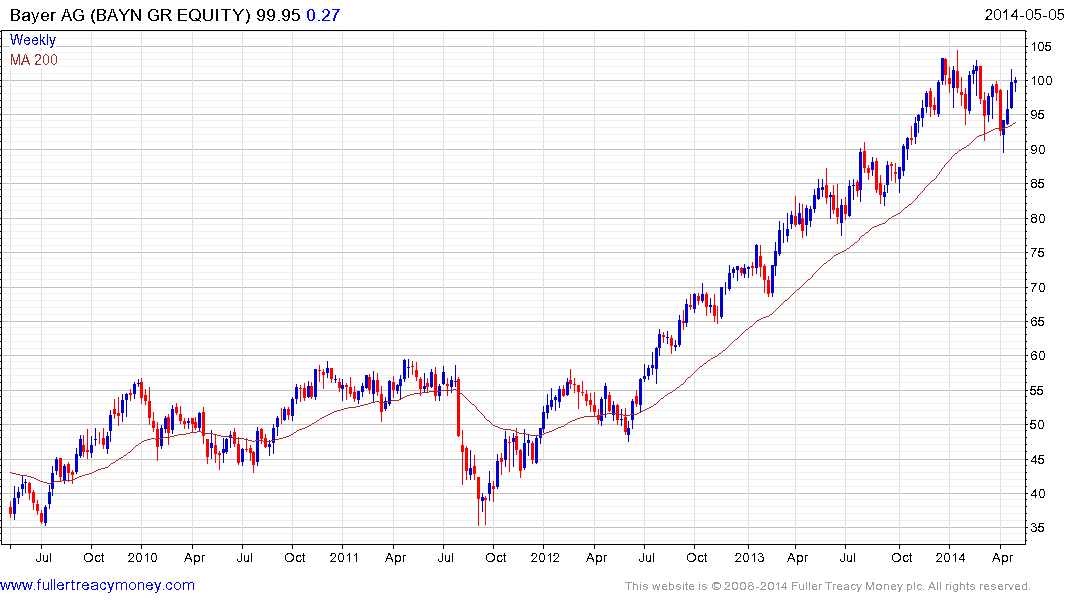 Bayer (Est P/E 16.17, DY 2.12%) hit a medium-term peak in December but found support in the region of the 200-day MA from April and rallied last week to break the short-term progression of lower rally highs. 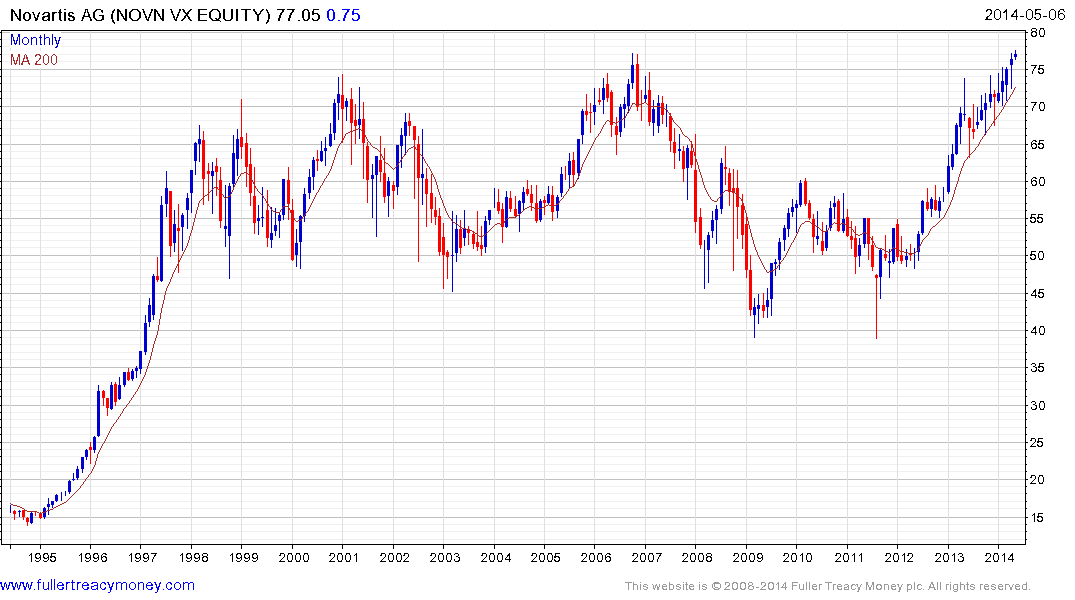 Novartis (Est P/E 16.65, DY 3.18%) has rallied impressively this year to break out to new all-time highs following a more than 15-year range. While some consolidation is a possibility, a sustained move below the 200-day MA would be required to question medium-term scope for additional upside. 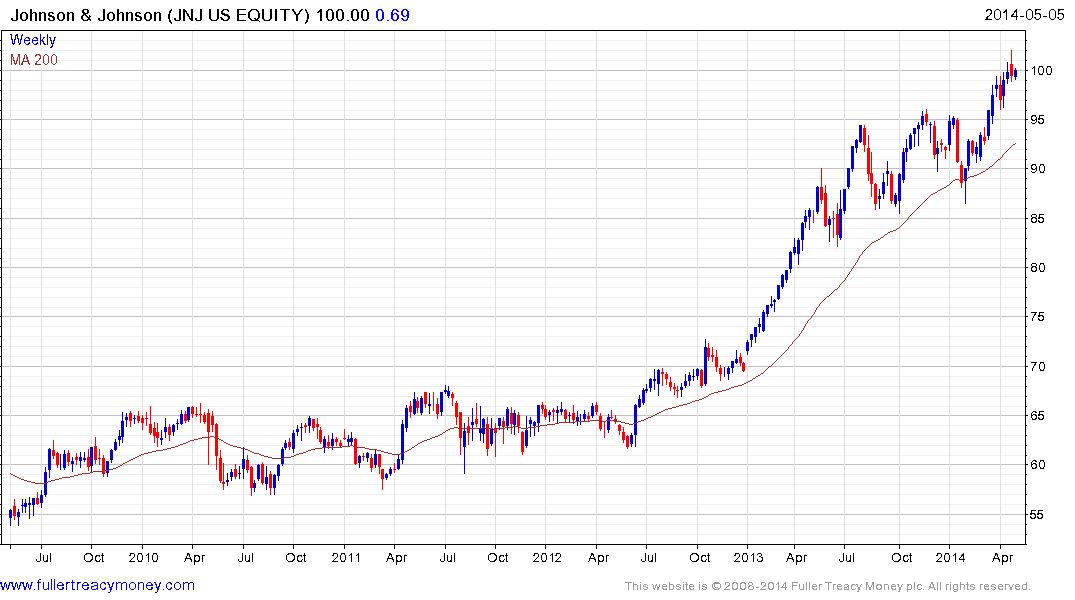 Johnson & Johnson (Est P/E 16.95, DY 2.81%) broke out of a decade-long range at the beginning of 2013 and spent most of the second half of the year consolidating. It broke out again in March. An additional pause looks likely but a sustained move below the 200-day, currently near $92.50 would be required to question medium-term scope for additional upside.