Bank of America, Morgan Stanley, others to form new stock exchange
Comment of the Day

"As a founding member of MEMX, we look forward to being part of an initiative we believe will transform markets for the better," he said. "All types of investors could benefit from this simplified investing experience that will foster competition and promote practices that put the needs of investors first."

The primary stock exchanges have been among the better performers in the financial sector over the course of the last decade as volume surged with the introduction algorithmic trading. The colocation services offered by the exchanges does however raise the question as to whose interests they are in fact serving.

The biggest buyers of stock, namely ETFs, pension funds and mutual funds have had their orders scalped repeatedly by computer systems that can only function by having first order access to pricing data, ahead of the wider market. That has created demand for alternative venues whether they are dark pools, the IEX Exchange or indeed the proposed MEMX Exchange.

The industry tends to move in cycles with consolidation proliferating in the immediate aftermath of the credit crisis. With tighter liquidity volume dried up and exchanges had to merge. The opposite condition is now creating demand for new exchanges since the liquidity fuelled bull market has been going on for so long. However, that is also a sign of how late in the cycle we are. No one wants to open a trading venue unless they have a very rosy view of the future. 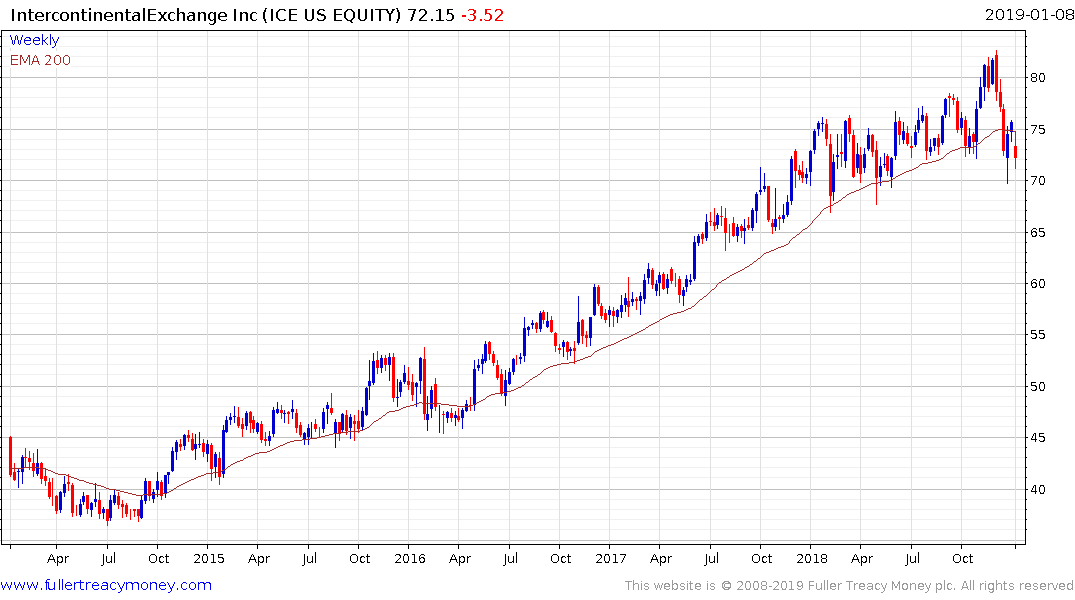 ICE held a progression of higher reaction lows from July 2014 until December and is now trading below the trend mean. It needs to sustain a move back above the trend mean to signal a return to demand dominance but the failed upside break, the bigger reaction and tepid rebound all represent major trend inconsistencies. 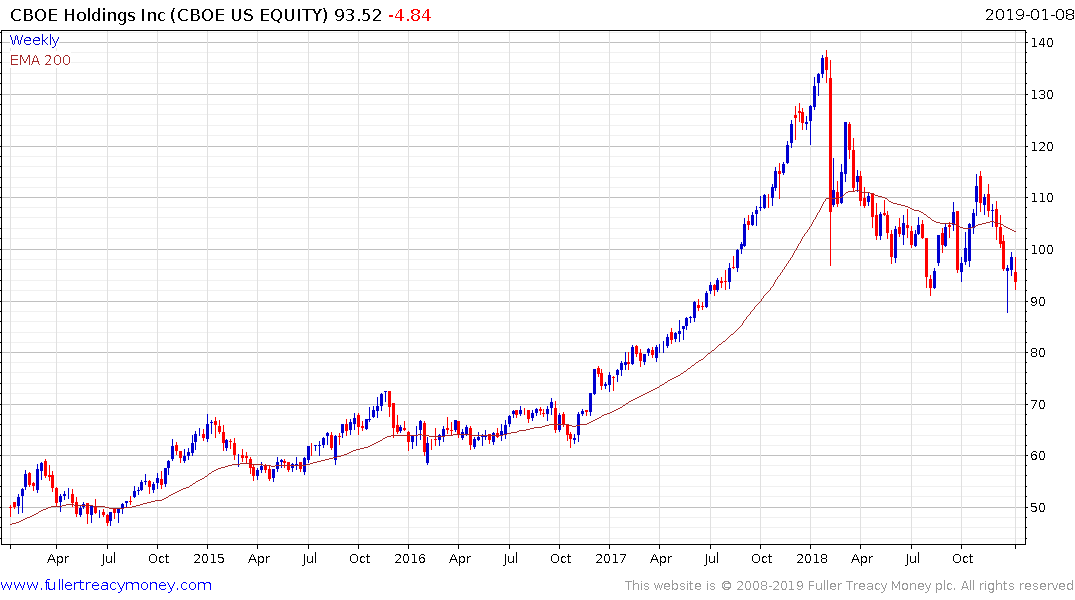 CBOE Holdings is testing the region of its August lows and will need to hold the $90 area if support building is to be given the benefit of the doubt. 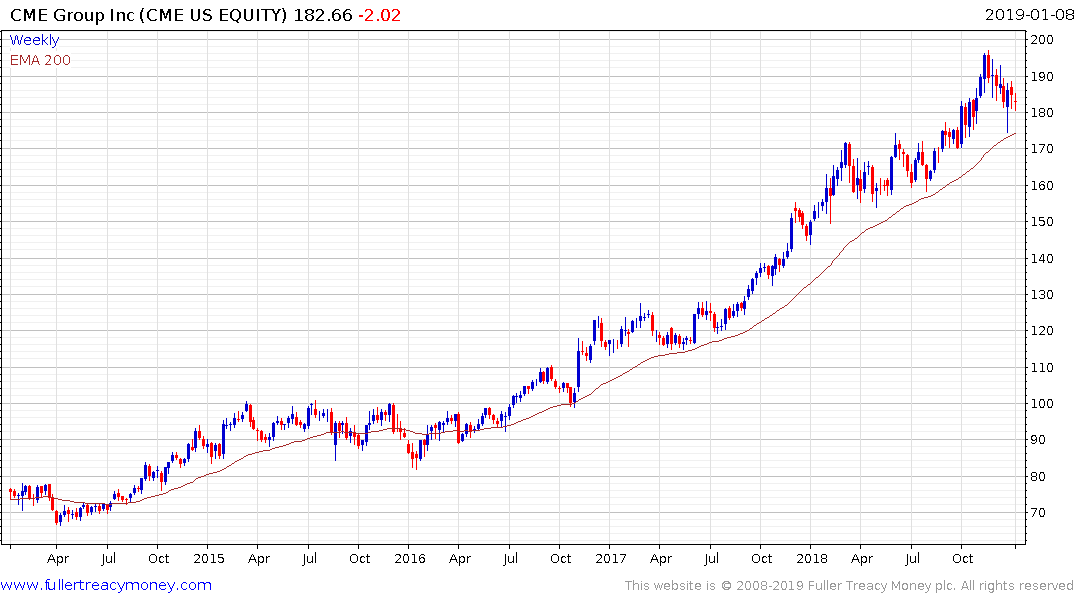 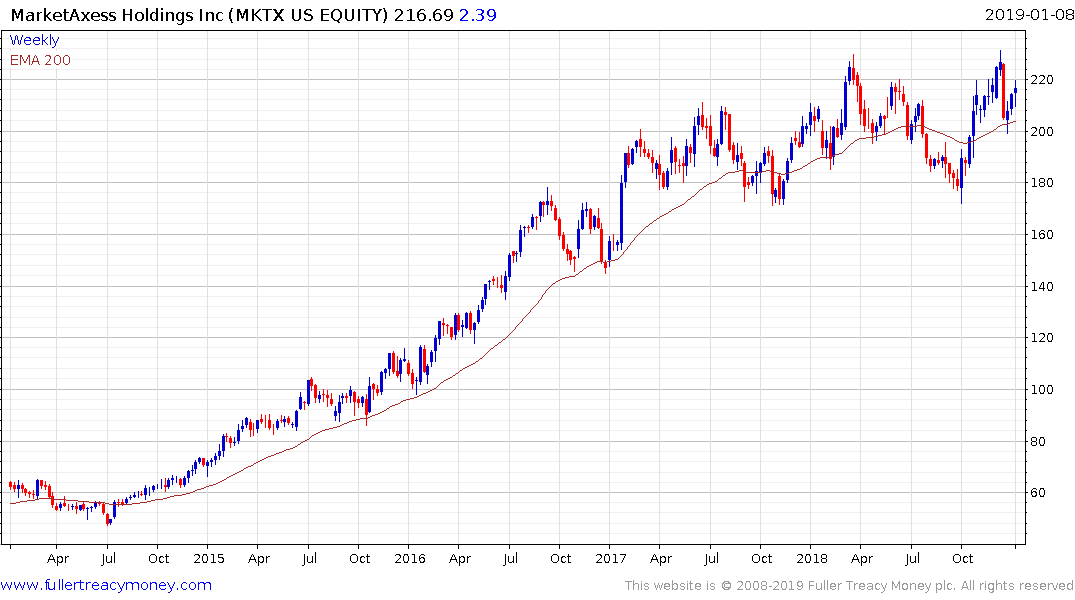 MarketAxess Holdings which focusing on credit trading, bounced after Christmas from the region of the trend mean. 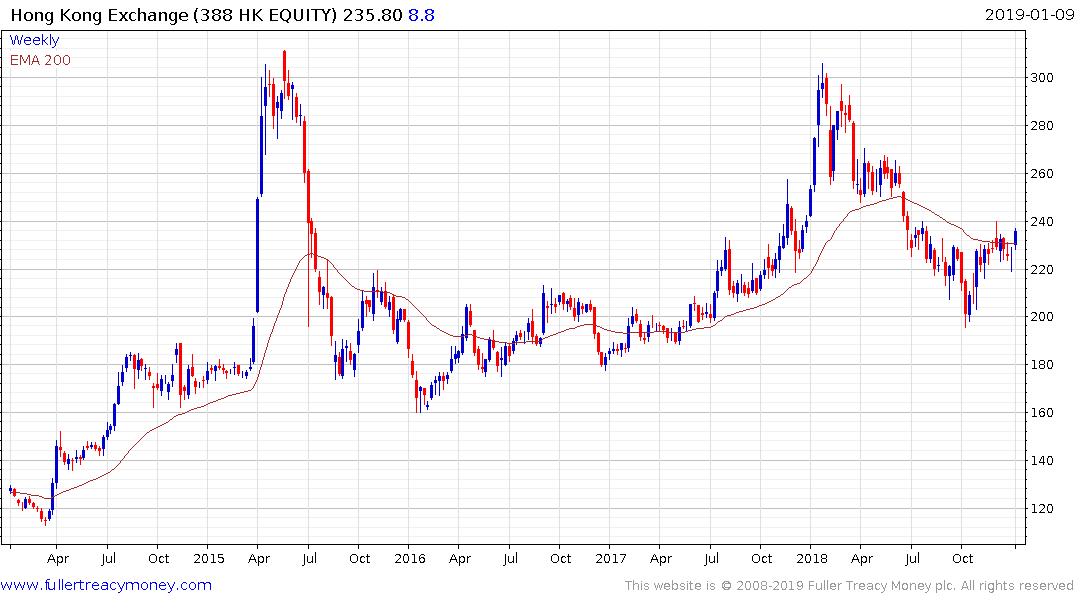 What I find particularly interesting is while US exchanges are at best losing commonality and at worst topping, a number of Asian exchanges are doing better. The Hong Kong Exchange bounced this week to trade back above its trend mean.