Governor Perry Warjiyo said at Monday’s briefing that inflation is under control and the central bank regularly assesses price and growth dynamics.

“We see so far that demand is not yet strong and inflation is low,” he said. “However, if inflation recovers and the economy picks up, Bank Indonesia has the tools ready, we have
the policies.”

The agreement between the Finance Ministry and central bank allows the bonds to be tradable and marketable, Indrawati said, so Bank Indonesia can use the securities for its monetary
operations.

The burden-sharing scheme caps the upside risk for bond supply in the near term, as the bulk of the securities will be privately placed with Bank Indonesia, according to Citigroup Inc. economist Helmi Arman. There’s less likelihood of the central bank unwinding the securities this year or next even
though the notes are tradable, he said in a report.

Bank Indonesia already had been taking a more aggressive role in providing stimulus to the economy, buying sovereign notes directly from the government at primary market auctions since April. Under the latest agreement, Indrawati said the government will double the size of its auction, held every two
weeks, to 40 trillion rupiah.

Emerging markets are currently free to engage in quantitative easing because they are experiencing the same deflationary forces of developed markets. That’s an odd set of circumstances but it speaks to the deleterious effects of the global response to the coronavirus and the impact it has had on near-term inflationary expectations. 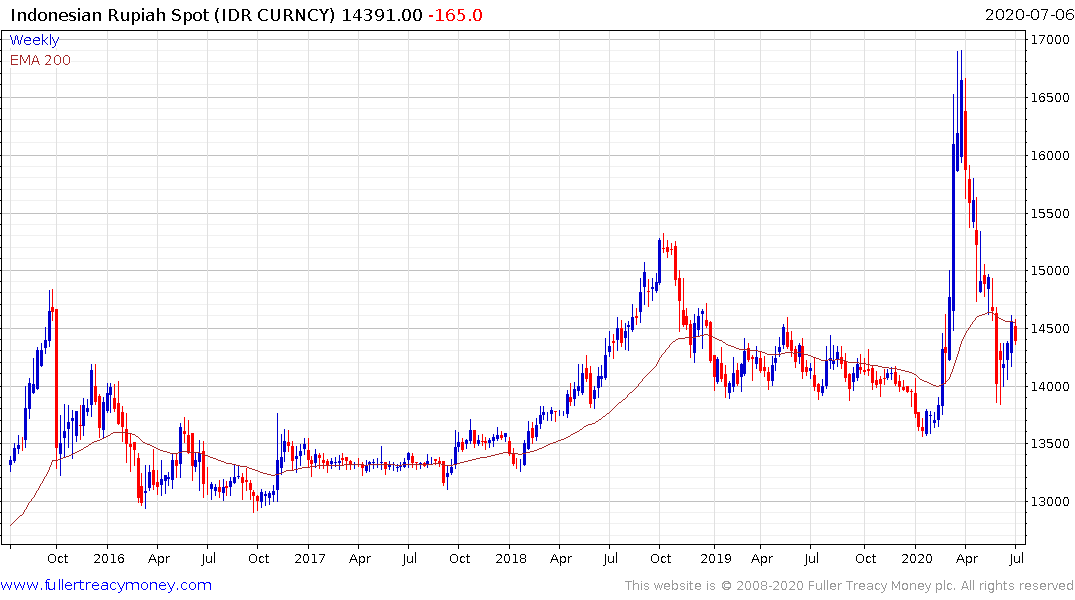 The trend of lower interest rates is now global and that represents a significant limitation on where investors can go to capture a yield. That is making emerging markets attractive while they still have a yield advantage. The Indonesian rupiah’s advance is pausing in the region of the trend mean but it’s 3.9% overnight rate represents a support. 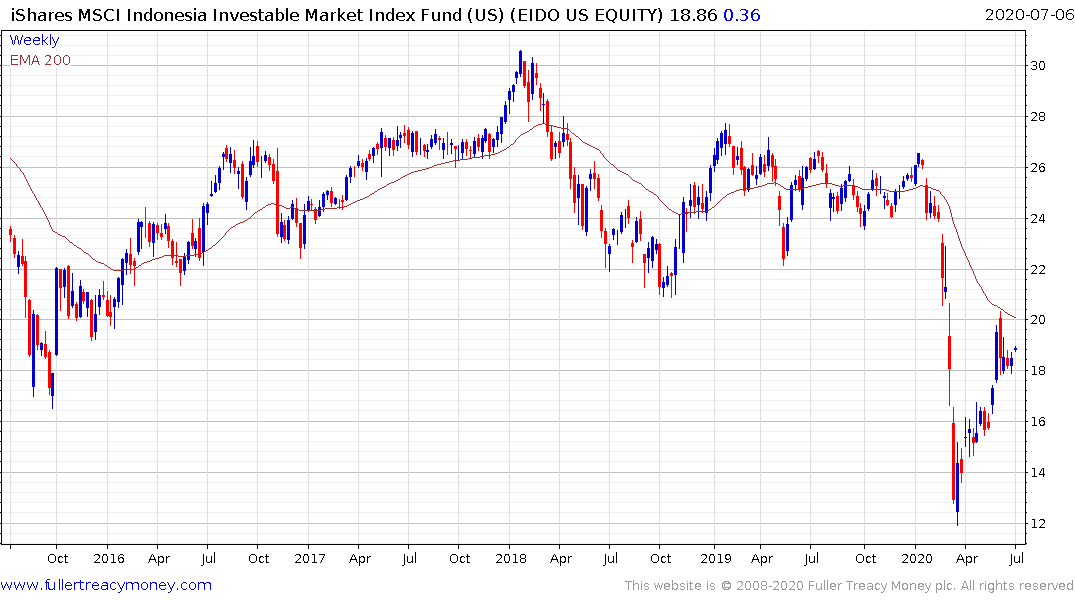 The iShares MSCI Indonesia ETF continues to unwind a deep oversold condition. It will, however, need to sustain a move back above $20 to confirm a return to demand dominance beyond the short term.