Yes Bank Ltd., which is emerging from India’s biggest financial bailout, returned to profit in the quarter ended September after its tax and operating costs fell.

It reported a net income of 1.3 billion rupees ($17.7 million) in the quarter, compared with a 6 billion rupee-loss a year earlier, the Mumbai-based lender said in a filing Friday. The bank was teetering on the edge of insolvency before being bailed out in March at a cost of $1.3 billion.

“The bank has been able to register a very significant improvement in the operating profit side,” Chief Executive Officer Prashant Kumar said at a briefing. “This will continue in the future also and we believe that because of our operating profits, by and large, we will be able to take care of our any credit costs which may happen due to the impact of the Covid.”

Kumar, who was brought in to turn the bank around in March, is facing one of his toughest challenges after India’s economy posted the worst contraction among major economies last quarter. Kumar has made restoring the faith of the bank’s depositors a priority and is planning to nearly double deposits to 2 trillion rupees by March 2021.

The burden from India’s non-performing loans have fallen most heavily on the private sector banks. That has necessitated a significant deleveraging cycle for the sector with a number of previously high-profile companies falling significantly.

Deposit growth is the basis for loan growth in a normally functioning banking sector in a growing economy. Therefore, the potential for recovery will heavily depend on the ability of the banks to attract deposits. 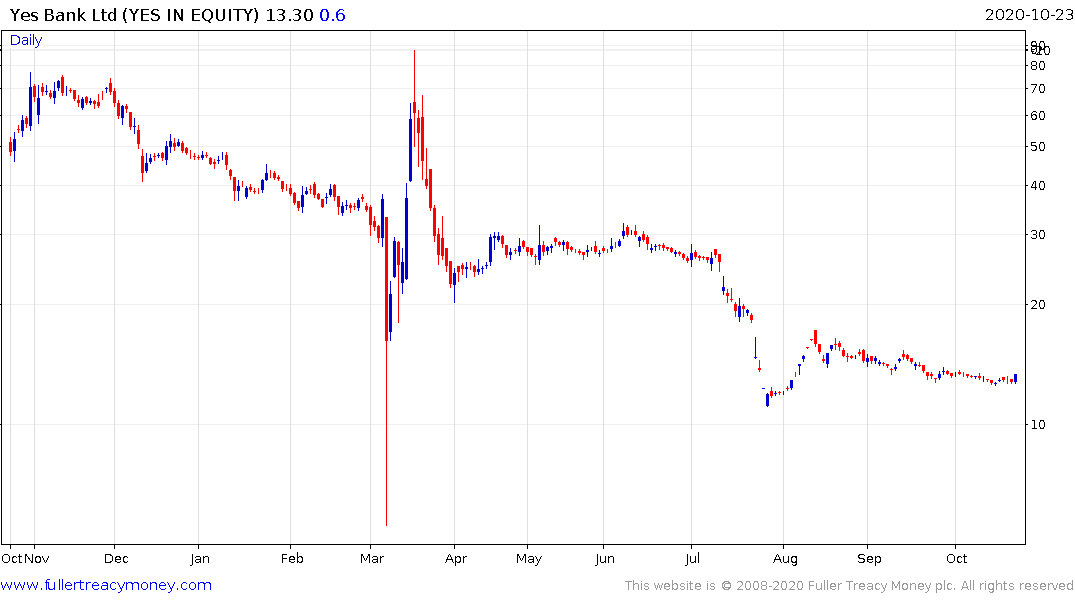 Yes Bank found support above the March low in July. Today’s news suggests it may now be in the process of putting in an additional higher reaction low. 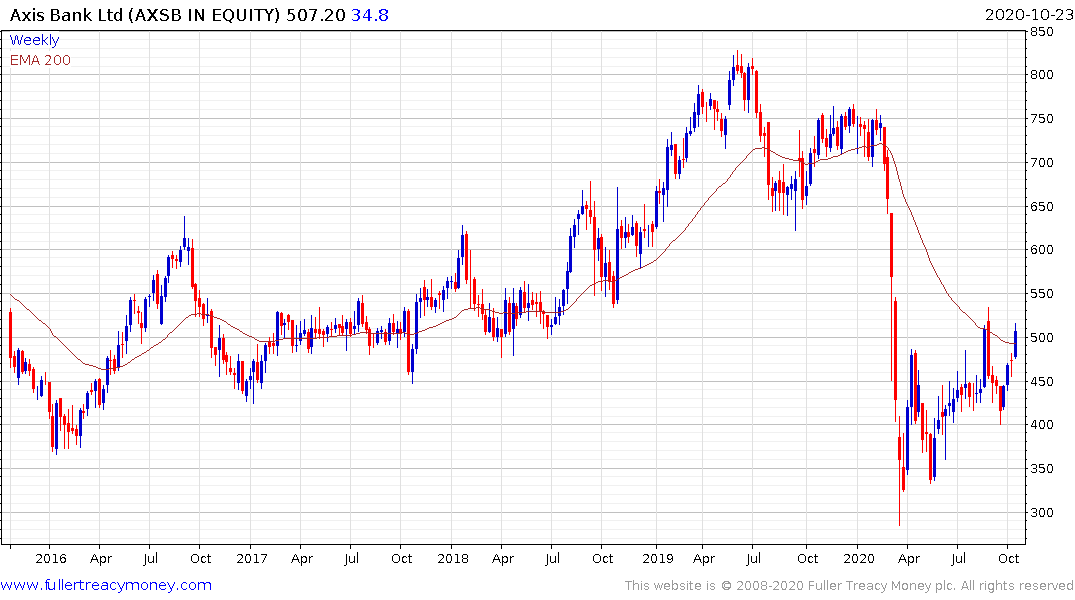 Axis Bank has a similar pattern to the Bombay Banks Index and is back testing its recovery peak as it continues to hold a succession of higher reaction lows.

India’s growth projections for this year have been slashed but even in a dismal outlook for the COVID pandemic, the country still has a massive young dynamic population which will need access to credit and banking facilities in a recovery. The benefit for banks in emerging markets is they can rely on the growth driver of deposits and demand for credit while also having a term premium on loans.