The current 10 year Bund yield of -0.52% can be broken down into two components:

The German constitutional court’s ruling that central bank purchases are potentially illegal is mostly an internal affair. The extent to which the ECB is subject to German law is highly debatable but pressing that point has political consequences for any country. There remains ample room for legal two-stepping to avoid any official censure which is why the bond market has brushed away any concerns. 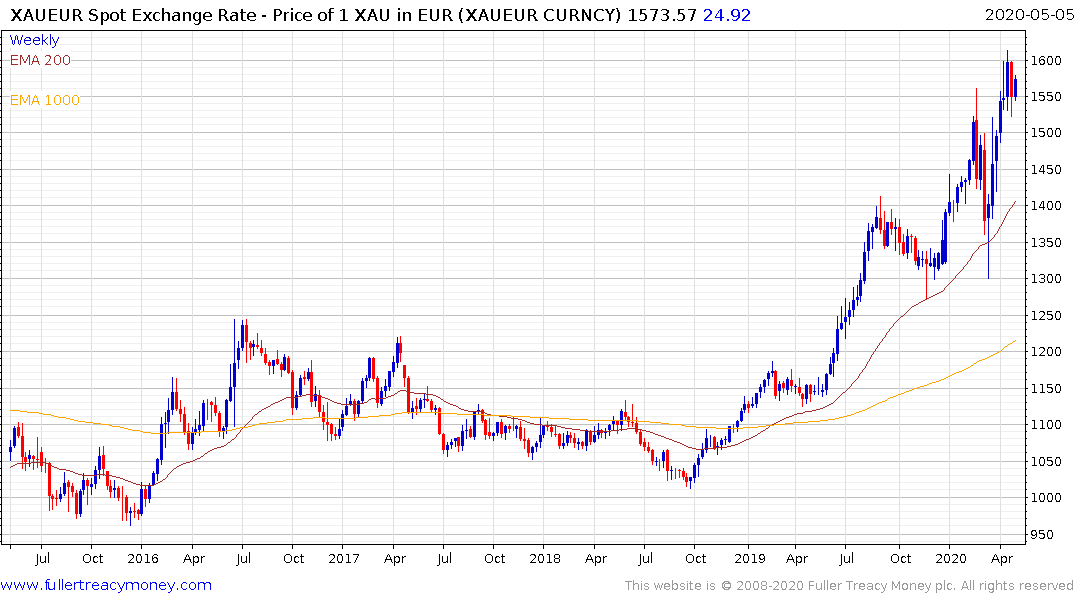 Negative real interest rates and the continued weakness of the Euro represent tailwinds for gold. The price broke out to new all-time highs in January and a sustained move below €1400 would be required to begin to question medium-term scope for continued upside. 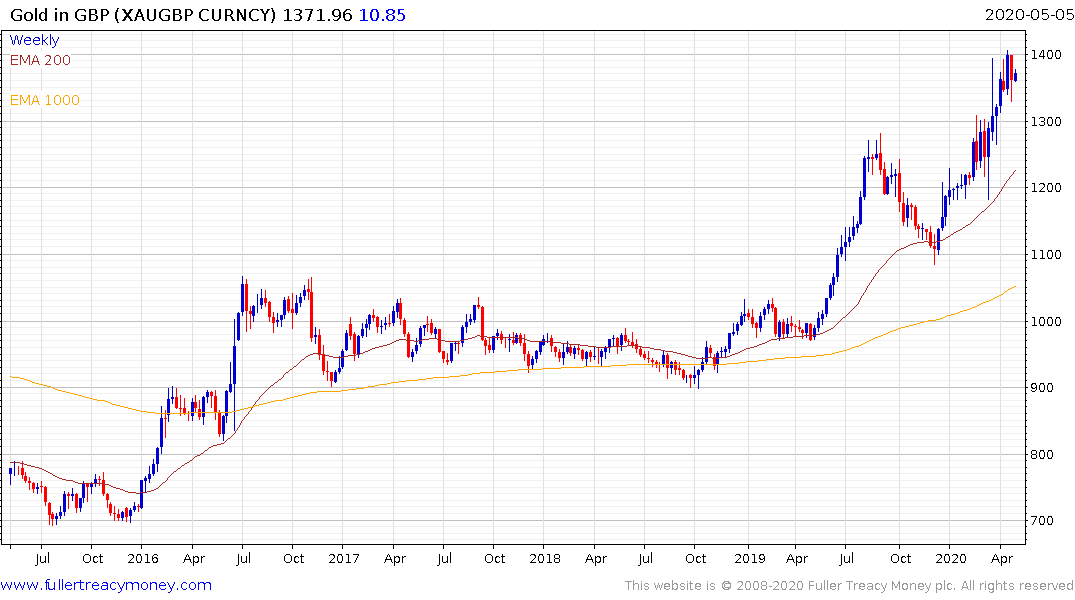 The price of gold in Pounds originally popped on the upside in 2019, pulled back to the region of the trend mean and broke successfully to new highs in March. A sustained move below £1200 would be required to question medium-term scope for additional upside. 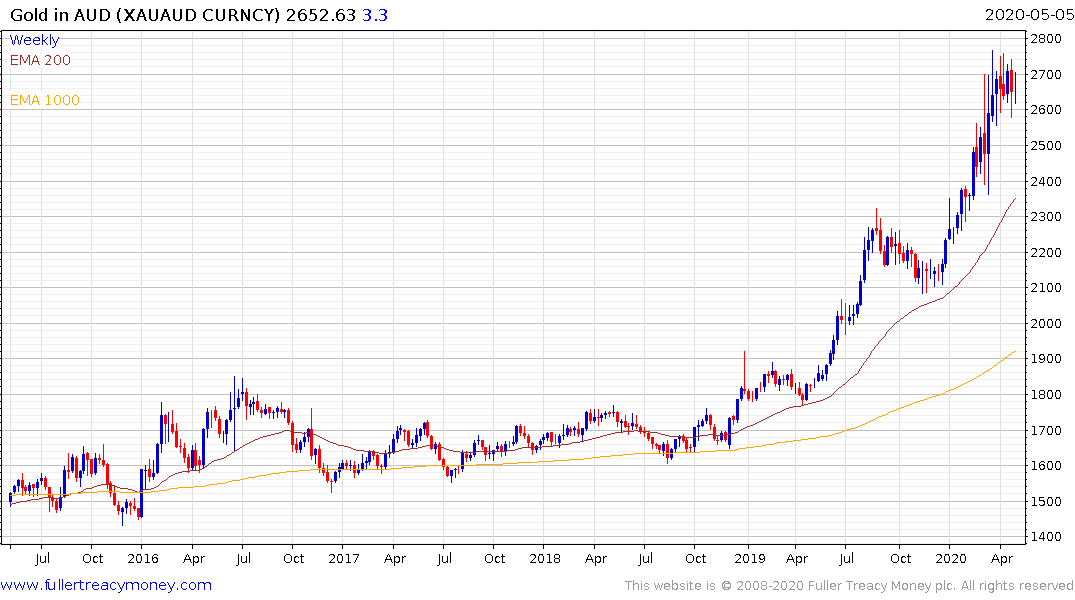 The price of gold in Australian Dollars broke out in early 2019 and continues to trend consistently higher.