“The Coalition’s plan to reduce regulation and abolish taxes will help smooth the transition in the economy away from resource investment and toward growth in the non-mining sectors,” Treasurer Joe Hockey said in a statement today.

“That will be key to boosting annual growth to more than 3 percent, which is what’s needed to bring unemployment down.”

The nation’s unemployment rate climbed to a 10-year high of 6 percent in January. February jobs data is due on March 13.

“Some indicators of business conditions and confidence have shown improvement and exports are rising,” central bank Governor Glenn Stevens said in a statement accompanying yesterday’s decision to leave rates unchanged. “At the same time, resources sector investment spending is set to decline significantly and, at this stage, signs of improvement in investment intentions in other sectors are only tentative.”

The RBA has made its intentions clear by reducing short-term rates to historic lows and repeatedly earmarking the currency for additional declines. This has had the twin effects of boosting the allure of Australia’s high yielding shares and enhancing the export sector’s competitiveness.

While a great deal of commentary has focused on the slowing pace of investment in the resources sector, the equity markets have already priced in the fact that massive write-downs have already been announced and that miners are now running much more cost-efficient operations. 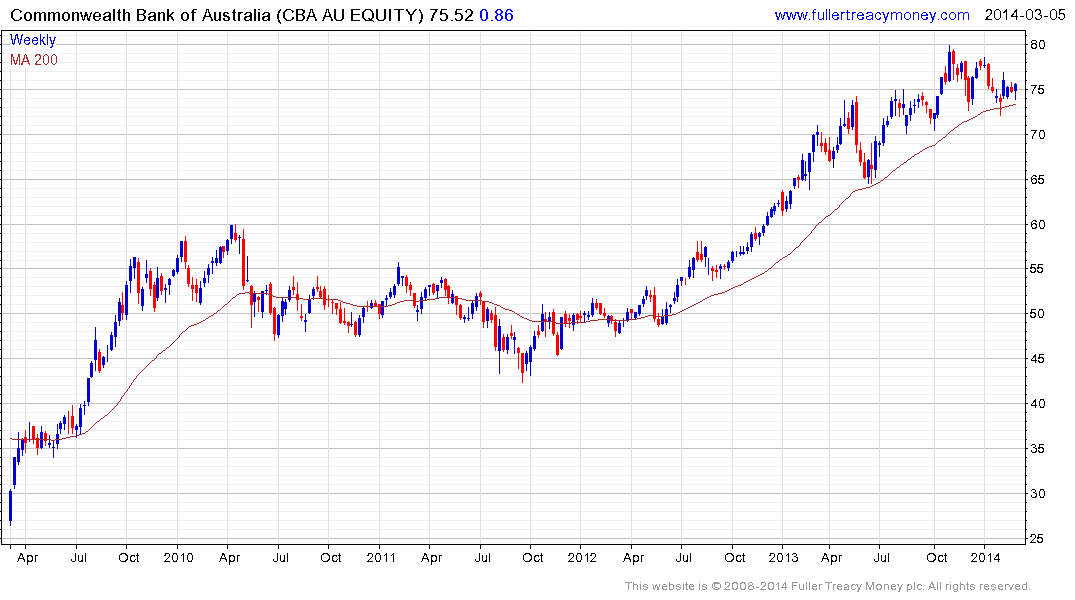 At the Sydney venue for The Chart Seminar last month, it became clear that most delegates had overweight positions in the banking sector, not least because of franking credits which flatter an already impressive yield. The majority of banks found support in the region of the 200-day MA in February and while some loss of momentum is evident over the last year, sustained moves below their trend means would be required to signal major losses of consistency. 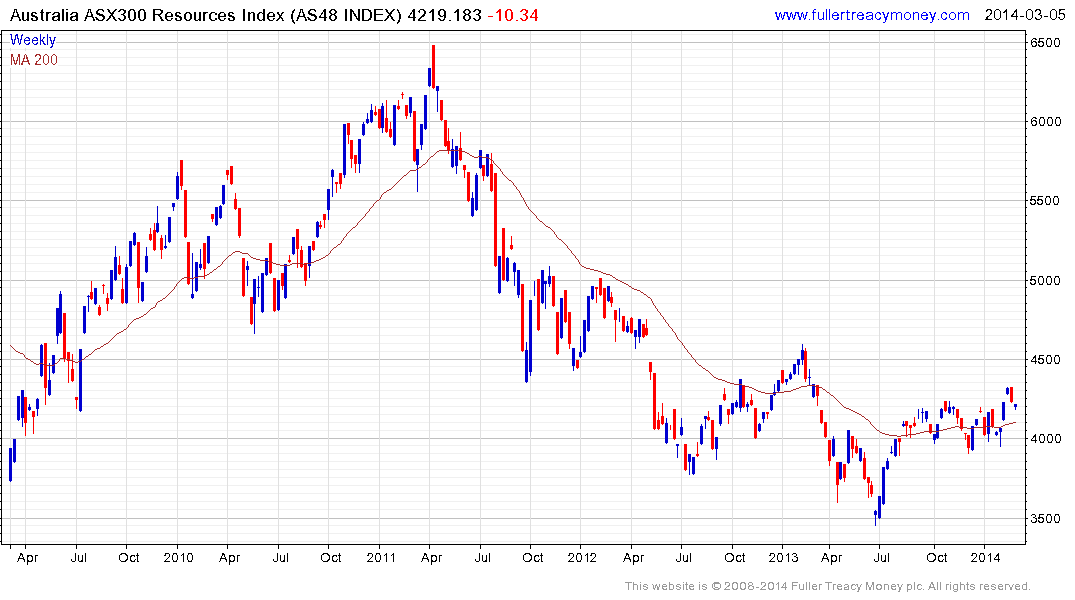 The S&P/ASX Resources Index is dominated by BHP Billiton and Rio Tinto, representing 65% of the market cap. Due to their size these shares have been somewhat slow to move. Smaller companies have been more convincing in demonstrating a return to medium-term demand dominance. 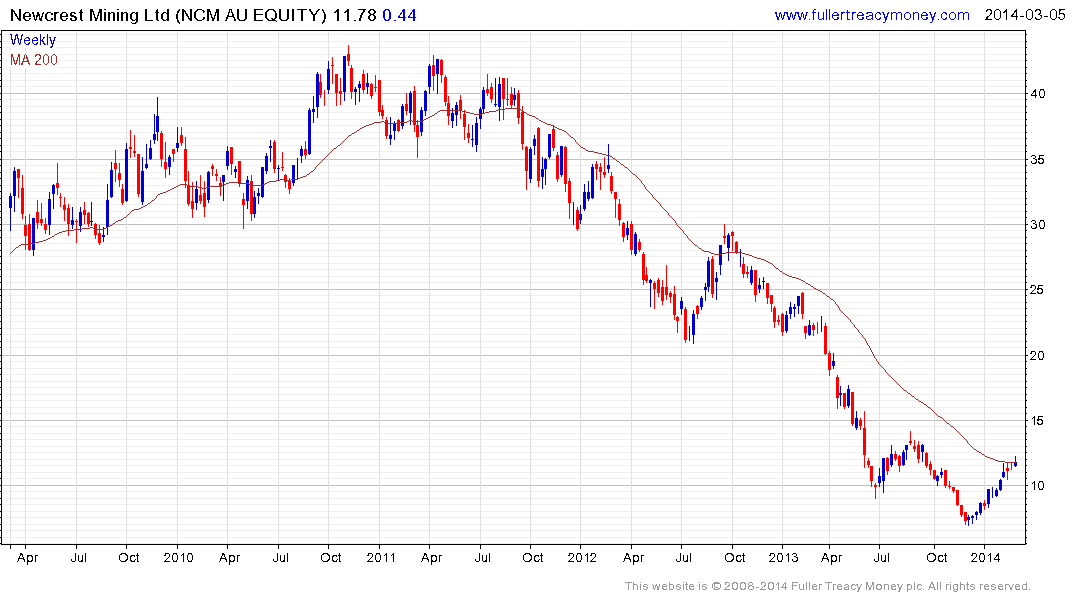 In the gold mining sector Newcrest has rallied to close its overextension relative to the trend mean. 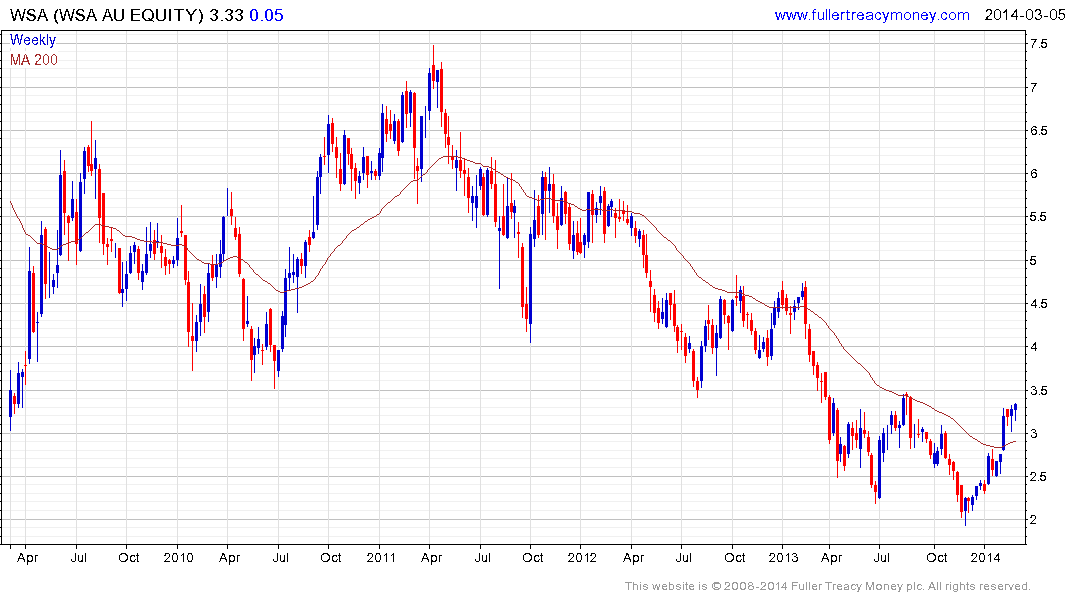 In the nickel sector Western Areas has now rallied to break its three year downtrend. 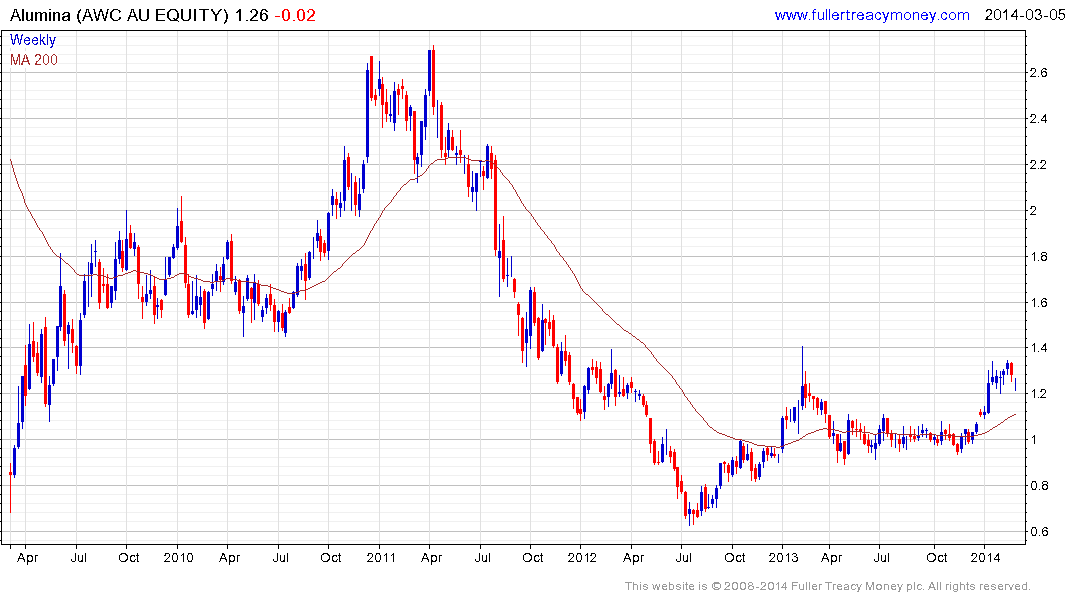 In the aluminium sector, Alumina broke out of a yearlong range in January and has since returned to test the upper side of the base and region of the 200-day MA. A sustained move below A$1.10 would be required to question recovery potential. 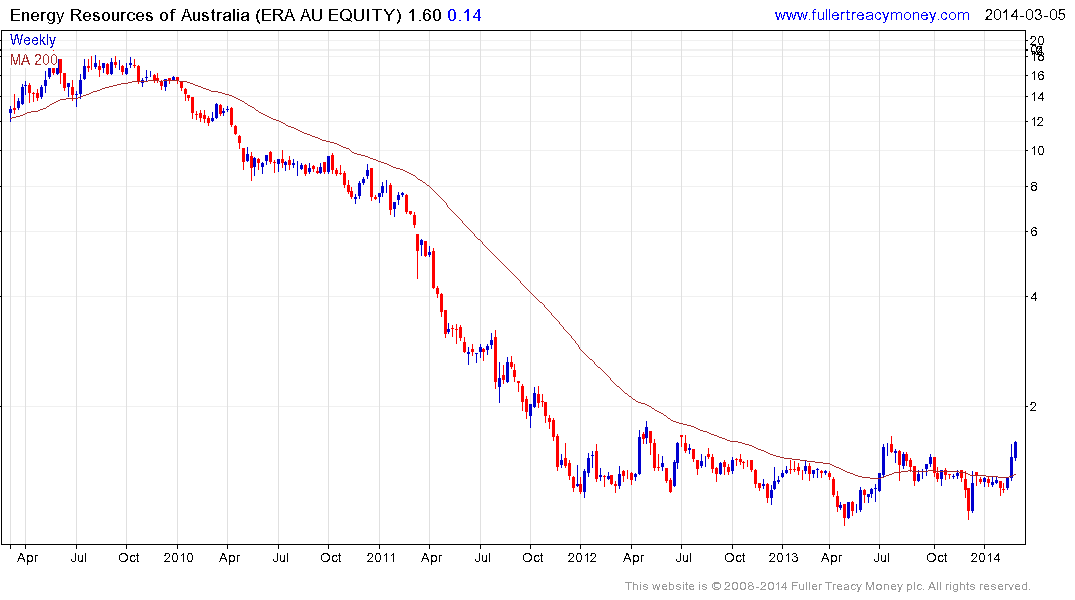 In the uranium sector, Energy Resources of Australia is currently rallying from the lower side of a two year base.