"The structural deterioration of the budgetary position goes on," said Su-Lin Ong, head of Australian economic and fixed-income strategy at Royal Bank of Canada in Sydney. "There are clearly hard yards to be done to fix these problems."

The Liberal-National coalition government renewed a pledge to return the budget to surplus within a decade, even as it scraps taxes on carbon emissions and mining profits. Plans to tighten government spending come as the central bank tries to guide the economy through the end of a mining investment boom with interest rates at a record-low 2.5 percent.

At our last Chart Seminar in Sydney in 2011, the vast majority of delegates were interested in domestic shares. Part of the reason for this was because people like to invest in their home market. Australia's franking system for dividends makes the market doubly attractive. However, an additional consideration at the time was the strength of the Australian Dollar, which was acting as a disincentive to investing abroad.

I'm greatly looking forward to visiting Australia again in February and renewing acquaintances with subscribers, but my curiosity is piqued as to whether delegates will now express a greater interest in global markets as the Australian Dollar weakens. 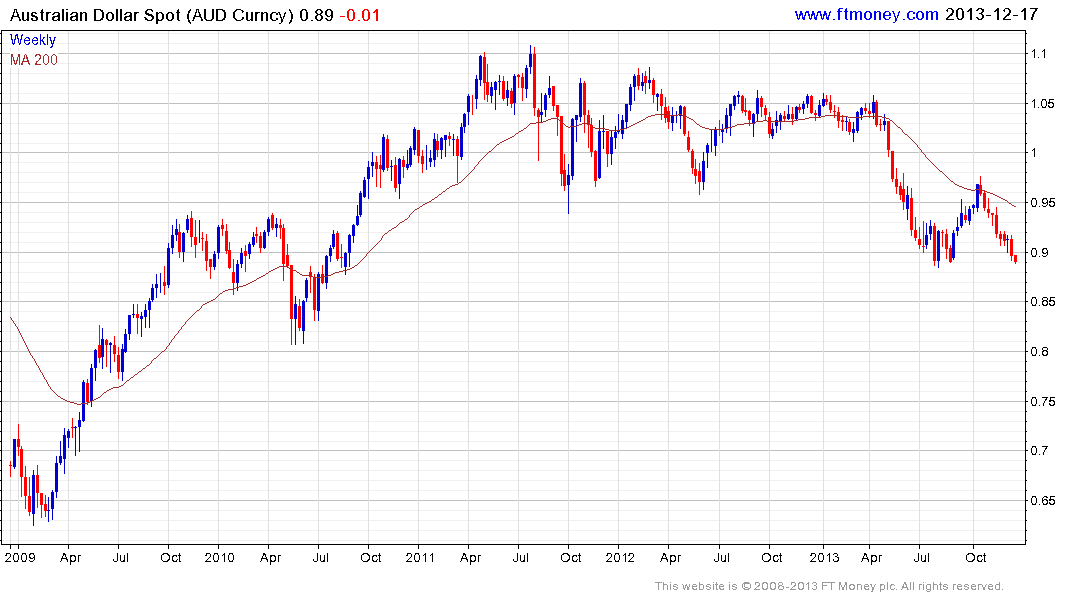 Against the US Dollar the Australian Dollar broke downwards from a Type-3 top, as taught at The Chart Seminar, in May. Following a rally back upwards to test the lower side of the overhead top and the region of the 200-day MA, it has fallen back to test the August lows near 90¡é. A clear upward dynamic would now be required to check potential for additional downside. 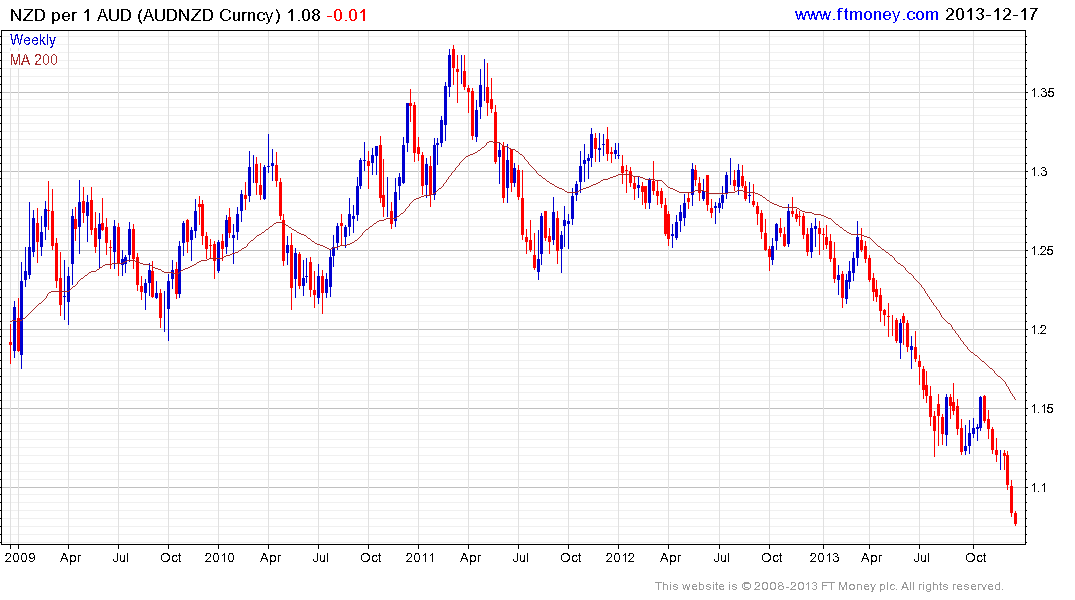 The Aussie/Kiwi cross rate is particularly noteworthy with the Australian Dollar now accelerating lower. Since Australia is one of New Zealand's largest trading partners, the Kiwi's relative strength is likely to prove an issue for its exporters. It remains to be seen just how long the Reserve Bank of New Zealand is willing to tolerate the situation before intervening. The first clear upward dynamic will likely signal a low of at least near-term significance.