Australia’s property slump has reached the one-year mark as the nation’s two major cities have become the biggest drag.

National dwelling values dropped 0.5 percent last month, weighed by declines in Sydney and Melbourne, according to CoreLogic Inc. data released Monday. Prices in the two east coast cities, which make up more than half of the national value of housing, have fallen 6.1 percent and 3.4 percent respectively from a year earlier.

“Sydney and Melbourne are now the primary drag on the national housing market performance,” taking over from regions that were impacted by the mining downturn, CoreLogic’s head of research Tim Lawless said. Values have fallen greatest among the most expensive properties as lenders curb their appetite for high debt to income ratio lending, he said.

The RBA has been reticent to raise interest rates because the Australian mortgage market is dominated by floating rate loans. With prices already elevated and private sector debt as a percentage of GDP among the highest of any developed market the fate of the property market is a major arbiter in how well Australia’s economy can be expected to perform. 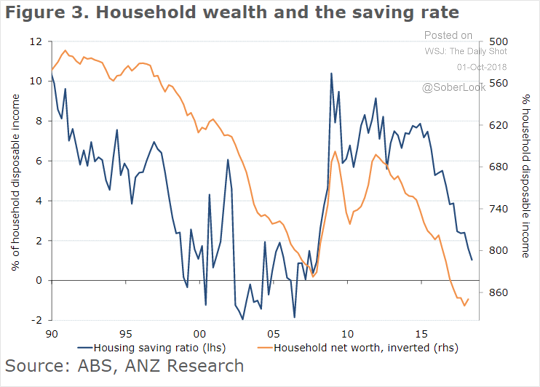 This chart of the savings ratio and household net worth both trending lower is a testament to how much pressure is currently being felt by the domestic economy. 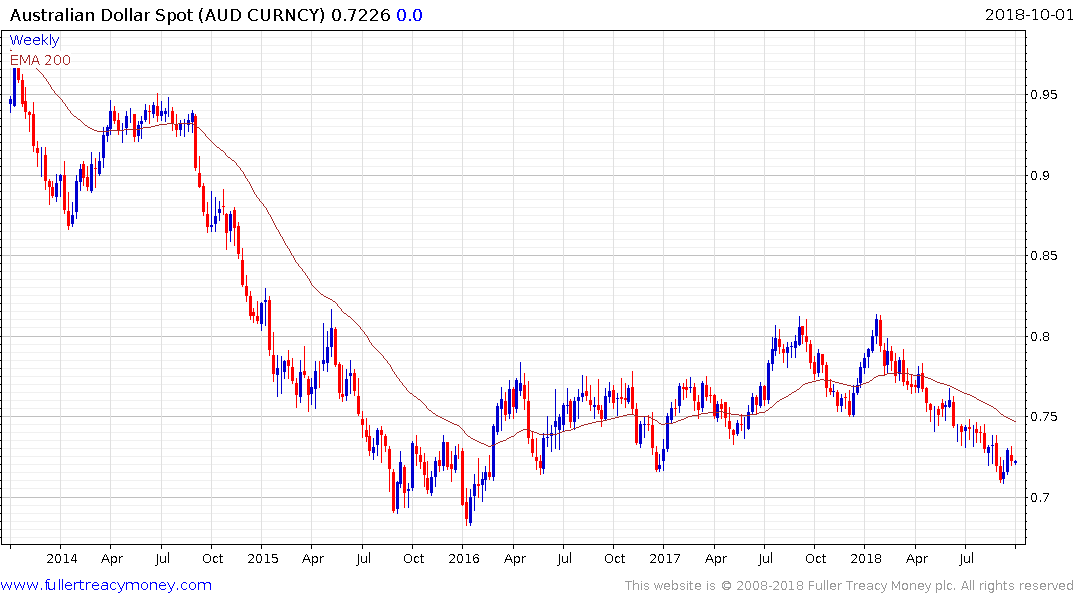 The Australian Dollar has steading over the last couple of weeks but needs to sustain a move above 74¢ to confirm a return medium-term demand dominance. 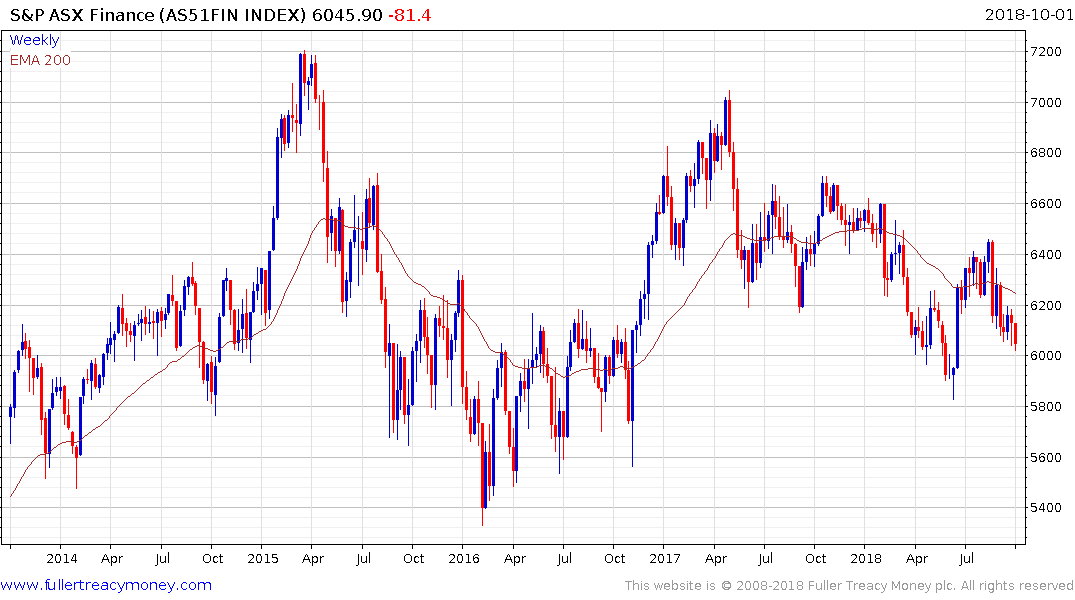 The Financial sector now represents 32.18% of the S&P/ASX 200 Index which is a significant contraction from the 35.4% it occupied a year ago.  The Index has held a progression of lower rally highs since testing the 2015 peak last year and it needs to continue to hold the region of the June low if type-3 top formation completion characteristics are to be avoided. 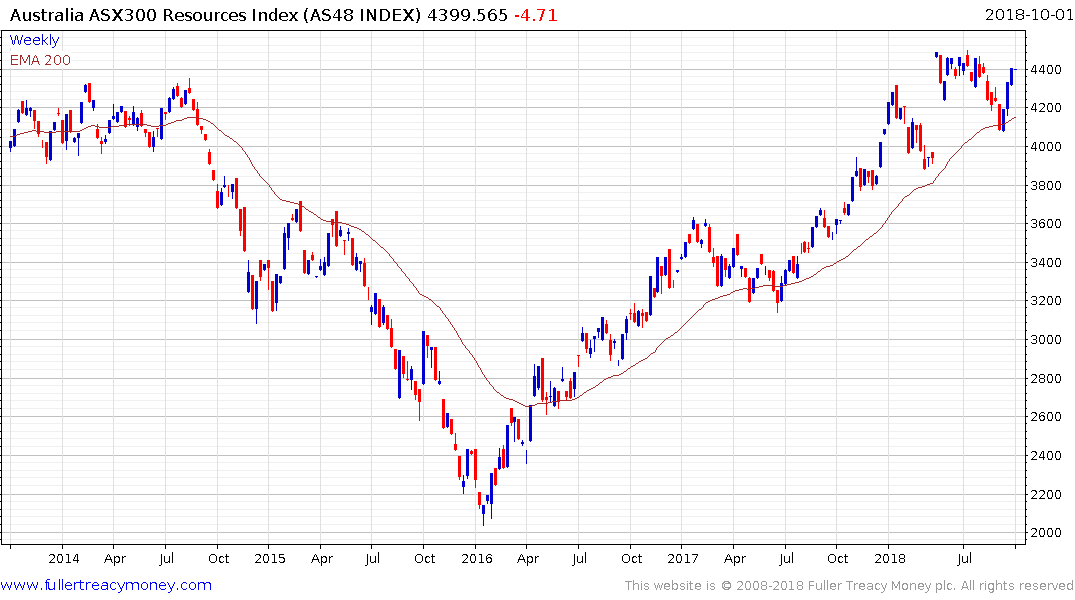 Meanwhile the S&P/ASX 300 Resources Index continues to hold its uptrend and bounced in September from the region of the trend mean,