The irony of the parsimonious attitude toward pay is governments are throwing around billions of dollars in stimulus programs to support the economy and ratcheting up debt to an extent that makes such restraint almost irrelevant.

The danger is “a negative feedback loop becomes entrenched: low inflation outcomes lower the public’s inflation expectations, which in turn keeps inflation low,” said Sheard, who hails from Australia. “This in a nutshell is the story of Japan’s two-decade deflation.”

It beggars’ belief that public sector wages can increase faster than the private sectors but such is the power of unions. It seems people often ignore the fact that all public wages are ultimately paid from tax revenues. Everything possible should be done to celebrate the ingenuity of the private sector in order to boost profitability and widen the tax base.

The reality is the growth the public sector and its force as a voting block and provider of vital services gives it an outsized voice in negotiations. That privileged position has been particularly evident this year with public workers fully preserved from loss, while private sector workers have had a much more mixed experience from the pandemic.

Australia isn’t referred to as the lucky country for nothing. Even as the pandemic has posed a significant challenge it has been mostly contained to Victoria. Meanwhile global reflation is boosting demand for Australia’s primary exports and its technology sector is highly competitive. 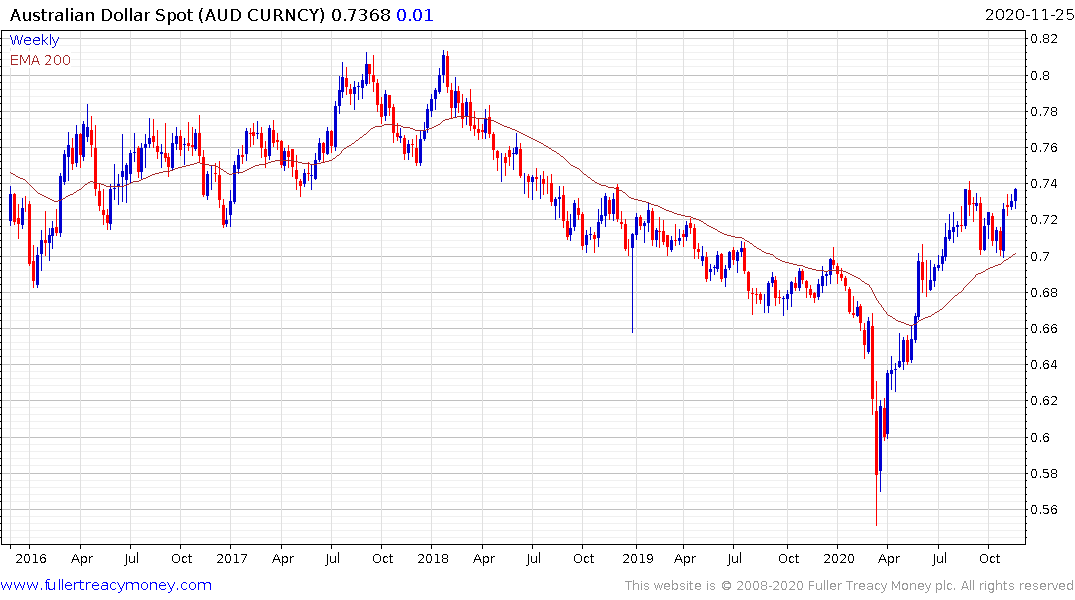 The Australian Dollar has broken its medium-term downtrend and is firming from the region of the trend mean. 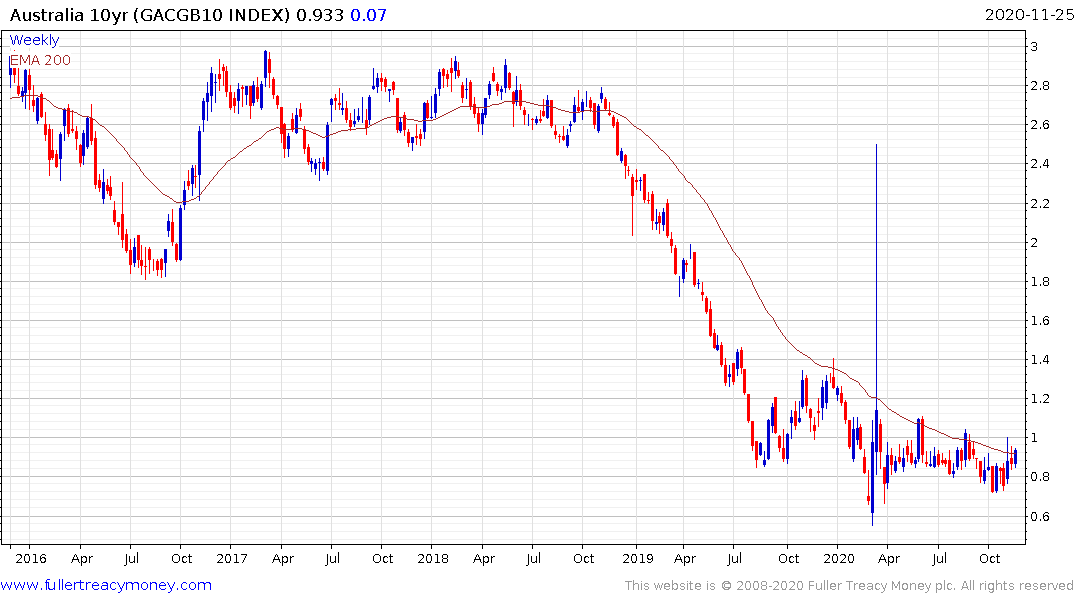 Australian 10-year yields are still ranging below 1%. It’s worth remembering that interest rates were on the way down from mid-2019 in response to the slowdown in the property market, rather than specifically because of the pandemic.  The RBA is likely to be reluctant to raise rates until inflation is well above its target not least because even a hint of interest rate rises would put even more upward pressure on the Australian Dollar. 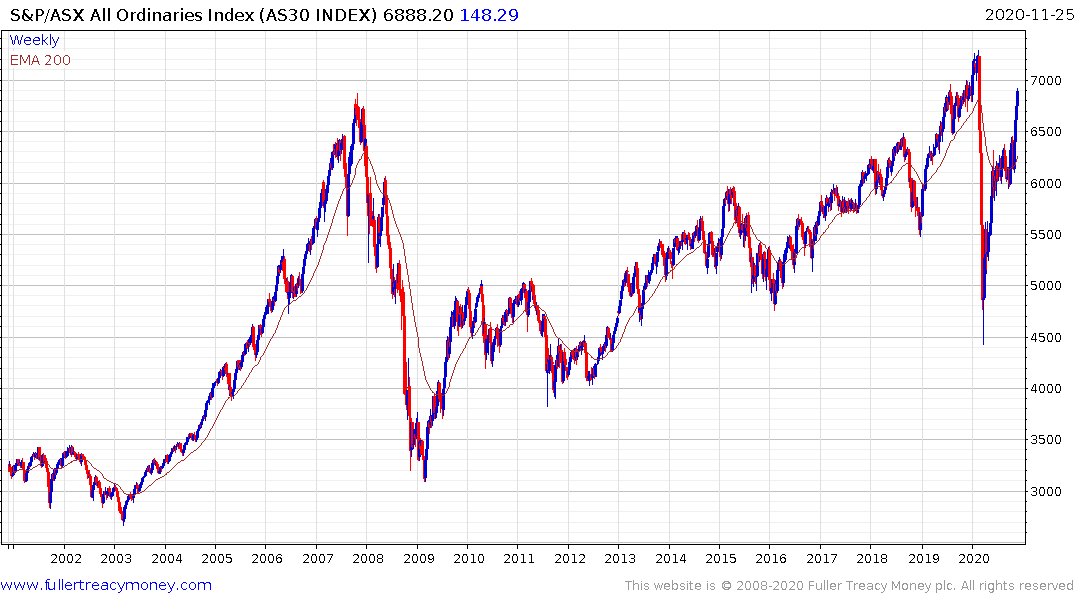 The S&P/ASX All Ordinaries failed to hold the breakout to new all-time highs earlier this year but has recouped most of the decline. 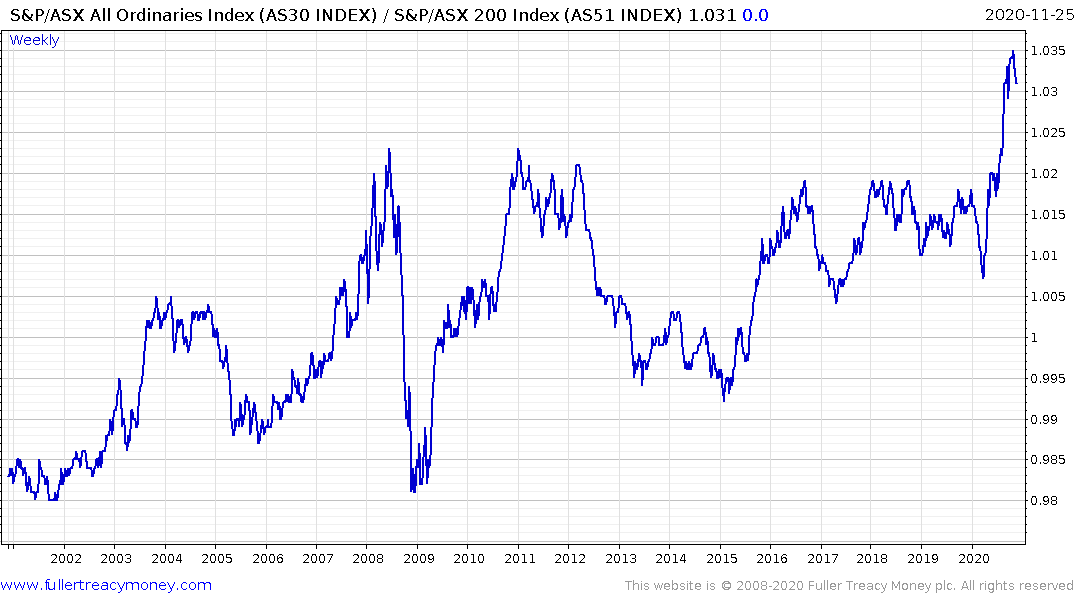 This outperformance of versus the S&P/ASX 200 speaks to a broad-based recovery beyond the large cap sector. 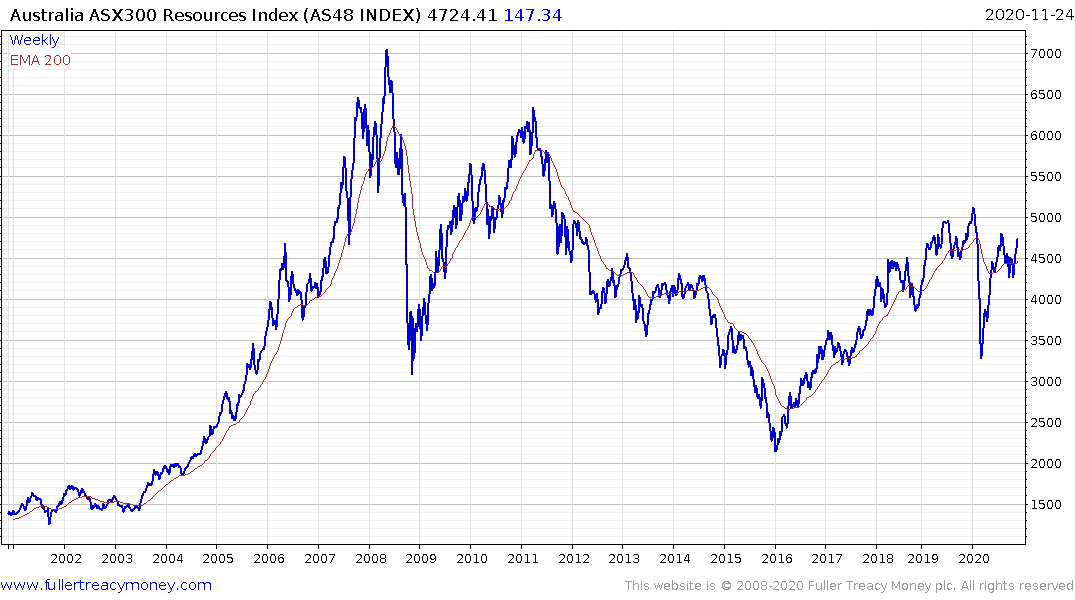 The S&P/ASX 300 Resources Index is currently rebounding from the region of the trend mean and a sustained move above 5000 would reassert the uptrend.