“Forward-looking indicators of labor demand indicate that employment growth is likely to slow from its recent fast rate,” Lowe said. “The economy still has spare capacity and lower interest rates will help make inroads into that.”

Meanwhile, the clouds gathering offshore are increasingly menacing: Global growth is slowing, dragged down by the protracted U.S.-China trade conflict; financial hub Hong Kong is racked by protests; key trading partners Japan and South Korea are locked in confrontation; Brexit is looming; and to cap it all, President Donald Trump could face impeachment proceedings.

Against that backdrop, Lowe wants to stoke the local economy hard to try to ensure its resilience. At 0.75%, the cash rate is close to the lower bound that he and Deputy Governor Guy Debelle estimate is around 0.25%-0.5%. Both have previously said they don’t expect to have to turn to bond buying and other alternative measures, as they wait and gauge the success of existing stimulus.

“The Reserve Bank is likely to cut again early next year,” said Callam Pickering, economist at global jobs site Indeed. “Bank officials are reluctant to discuss quantitative easing but it becomes a real possibility the closer we come to a cash rate of 0%.”

The Australian government is one of the only AAA rated sovereigns left and that financial firepower is quite likely to be utilised in further fiscal and monetary stimulus to blunt the effects of global tensions on the domestic economy. The challenge of high consumer debt and elevated property prices compounds the issue. 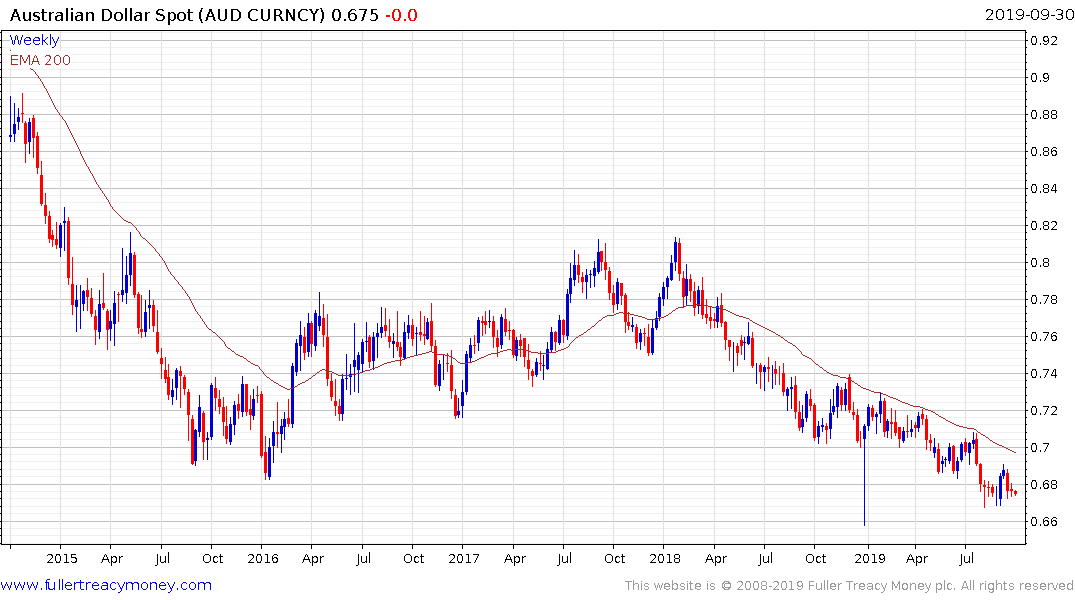 The Australian Dollar remains in a consistent medium-term downtrend. 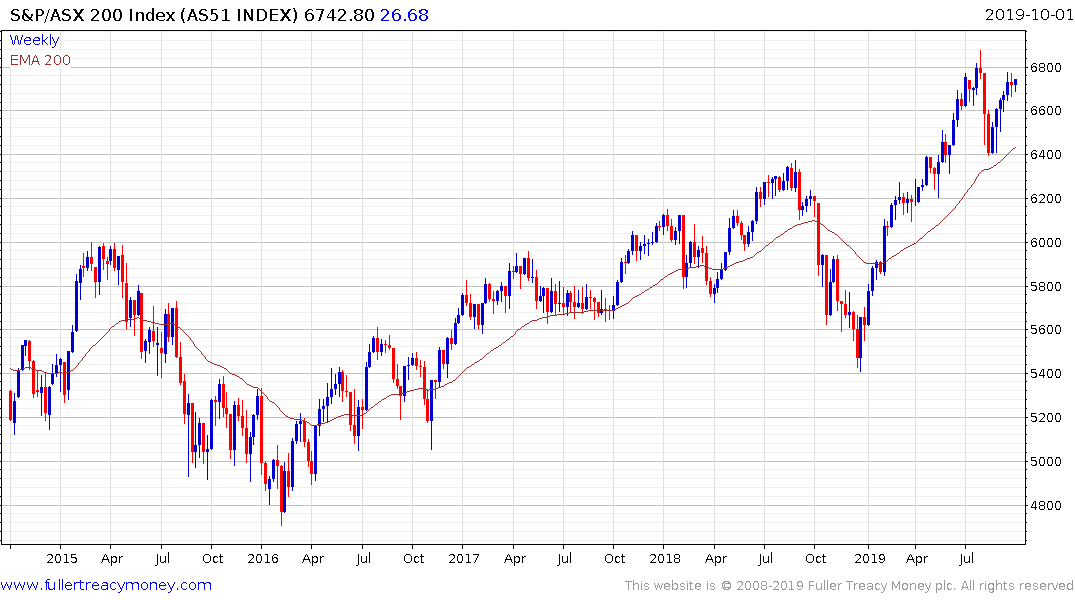 The S&P/ASX 200 has bounced from the region of the trend mean and remains in a reasonably consistent uptrend.