Quite a bit happened in the 67 hours since the market closed Friday and reopened in China to help support stocks:

PBOC adviser Ma Jun expects policy measures will support the market, and the nation’s central bank strengthened the yuan fixing by most since Sept. 21.

There was also a bullish Goldman report that sent securities firms in both Hong Kong and the mainland surging.

We saw the first evidence that the Chinese administration is aware of the decline in the stock market and willing to do something about it last week and the above factors are a further iteration of that. That has at least provided a catalyst for a reversion back towards the mean

However more substantive action is likely required to break the medium-term downtrends. The actions of China’s sovereign wealth funds, the equivalent of the plunge protection team, have been pivotal in pressuring shorts but a clear policy of support for the market will need to become apparent to turn sentiment. 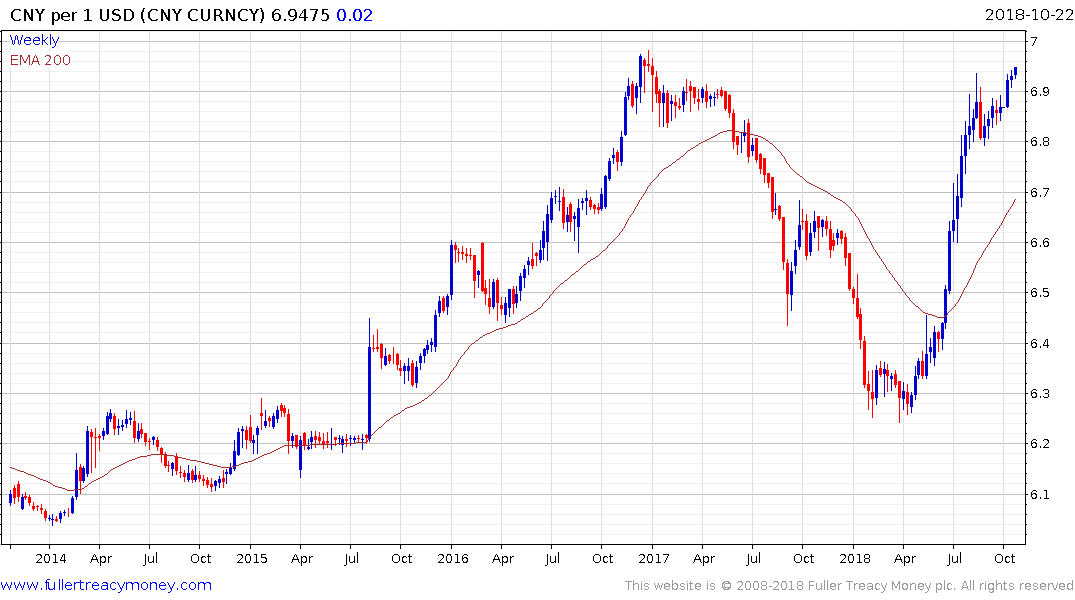 The Renminbi remains weak and the much publicised detention of a UBS private banker suggests the administration is equally aware of the need to stem capital flight risk. 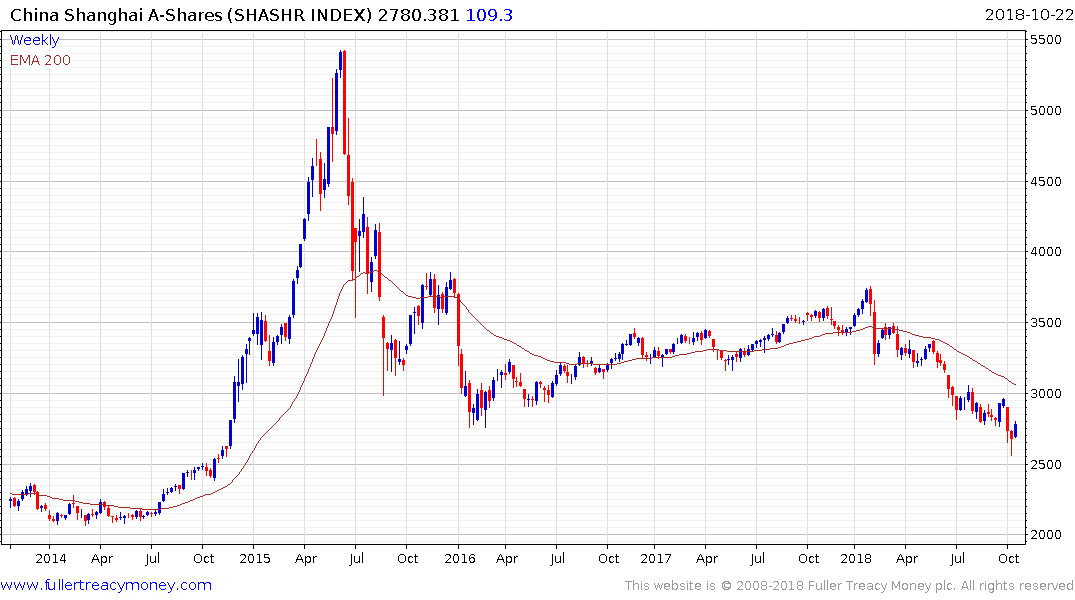 The Shanghai A-Share Index followed through on Friday’s upside key day reversal to confirm a short-term low but a sustained move above 3000 will be required to signal a return to demand dominance beyond short-term steadying.