As May Steps Aside, Rival Boris Johnson Makes His Brexit Pitch
Comment of the Day

As May Steps Aside, Rival Boris Johnson Makes His Brexit Pitch by Eoin Treacy

Johnson said he would prepare for no-deal, go back to Brussels to renegotiate the toxic Irish backstop, and make clear that he’s prepared to leave without a deal if the EU says no. He said he believes the U.K. will leave the EU on Oct. 31 -- the latest deadline -- with or without a deal.

He has long indicated that he’d be willing to pull the U.K. out of the bloc without a deal and has criticized May for surrendering to the EU. That has spooked markets, and the pound has weakened on concerns that a hardliner would pursue a no-deal exit.

Johnson’s other tactic is to get Parliament to rule out the possibility of canceling Brexit --- an option the U.K. legally has. That would make the threat of no-deal more credible, and could concentrate minds in the EU, where some officials continue to hope that the U.K. might change its mind.

The EU has repeatedly said it won’t reopen the divorce deal and won’t change the Irish backstop. It’s the most contentious part of the agreement as it potentially keeps the U.K. bound to the EU rules indefinitely and treats Northern Ireland differently to the rest of the country. Johnson noted that a majority in the Parliament has voted to renegotiate the backstop.

As for a second referendum, Johnson thinks it’s a very bad idea. “Put Brexit to bed, pacify this bawling that’s been going on for so long,” he said.

With all the best will in the world, the Brexit question is still going to be an enormous dispute to settle successfully. The first rule of negotiating is you need to be willing to walk away. That is why the threat of a hard Brexit needs to remain on the table and needs to be credible. The UK needs to do everything possible to plan for a hard Brexit because preparing for the worst and hoping for the best is the only strategy one can follow when faced with tough odds. From that perspective Boris Johnson is the best man for the job.

However, the primary weakness of the new prime minister’s negotiating position is reliance on the DUP for support. That means the border has to remain on the island of Ireland rather than down the middle of the Irish Sea. The EU is likely to stick to that argument so room for manoeuvre will be limited. Theresa May’s parting comment about the need for compromise might be better achieved by someone who is more well liked by the party faithful but that is a dangerous conclusion. 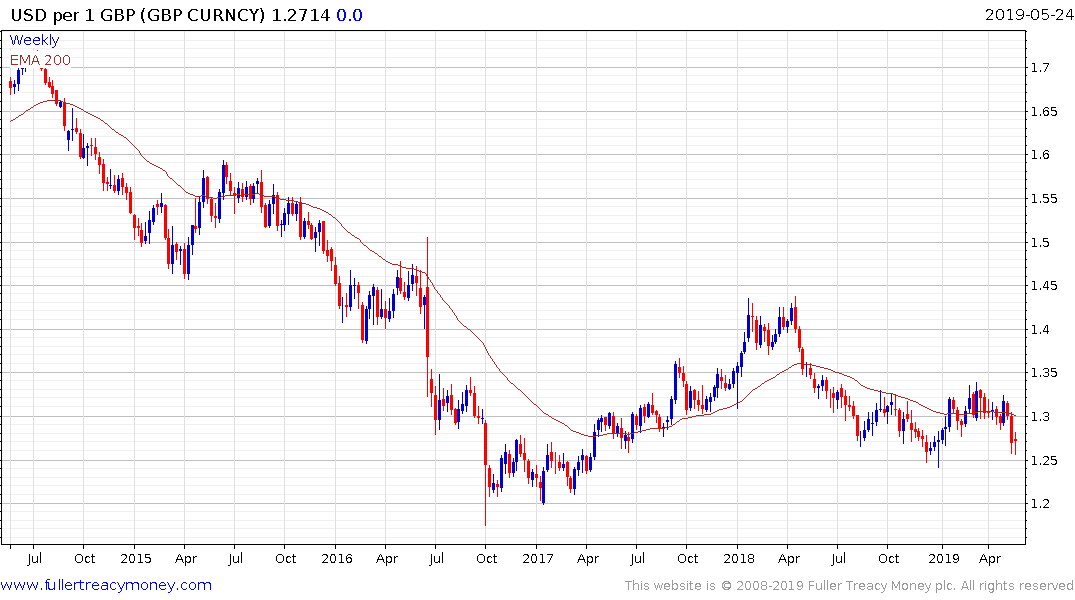 The Pound, however, was steadier today following the announcement which bolsters the argument for a reversionary rally to unwind the short-term oversold condition.