As Gold Prices Heat Up, Miners Play It Cool
Comment of the Day

As Gold Prices Heat Up, Miners Play It Cool by Eoin Treacy

Despite that optimism, gold miners say they aren’t planning the same sort of megaprojects and acquisition sprees that characterized the last ramp up in prices in the years ahead of 2011. Instead, wary of volatile prices, they plan to pay down debt and return money to shareholders.

Many companies, including the world’s largest gold miner, Newmont Goldcorp Corp., say they will only approve new projects if they can make money with gold at $1,200, about 20% below where the metal currently trades. Gold prices also have spent the majority of the eight years since 2011’s bust trading above that level, underscoring how conservative companies have become.

“We won’t push ahead with investments that would struggle to sustain themselves if the gold price trades lower,” said Kelvin Dushnisky, chief executive of AngloGold Ashanti Ltd. “This was a common mistake for many gold producers in the previous upcycle.” The South African miner, whose share price has risen 62% in the year to date, is among the companies sticking by the $1,200 threshold for new projects.

In the early part of a mining investment cycle, miners have been so scarred by the depth of the bear market that they run tight ships and eschew debt. However, the higher prices rise and the more pressure they come under to replace reserves and increase supply, the lure of debt, mergers and exploration increases leverage ratios.

When miners run strong balance sheets, they have the ability to boost free cashflow and pay competitive dividends. That generally occurs in the early part of the cycle and they offer leverage to the gold price.

It is when they ramp up debt and leverage that dividend growth tapers off and their ability to outperform the gold price reverses.

Therefore, the leverage of mining sector is important to monitor not least as mine production continues to expand. 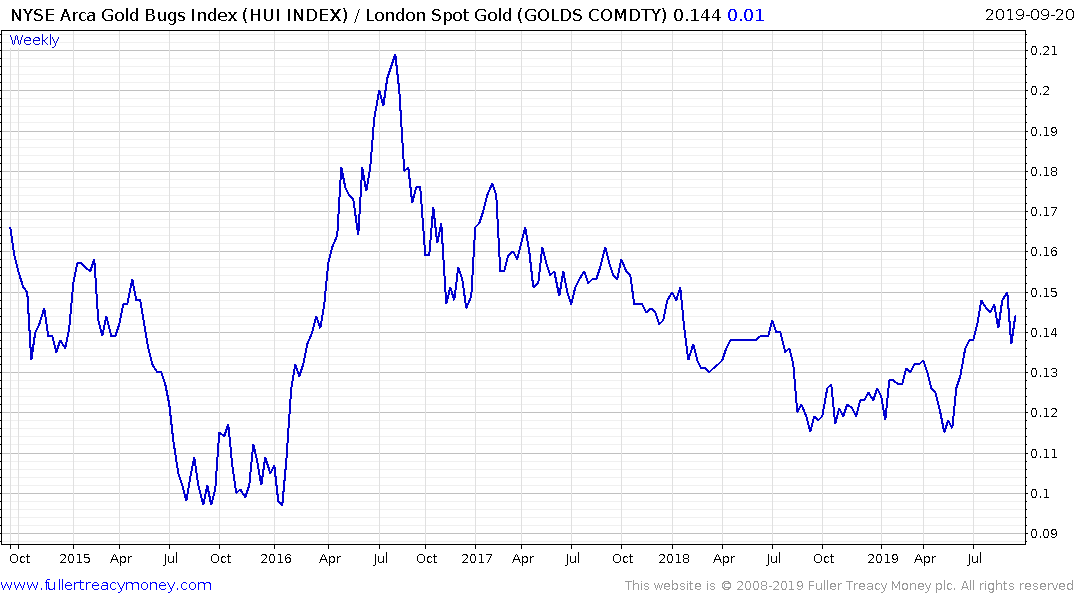 The Gold Bugs Index has broken its downtrend relative to the gold prices and has been consolidating since July. A sustained move below the trend mean would be required to question medium-term scope for continued outperformance. 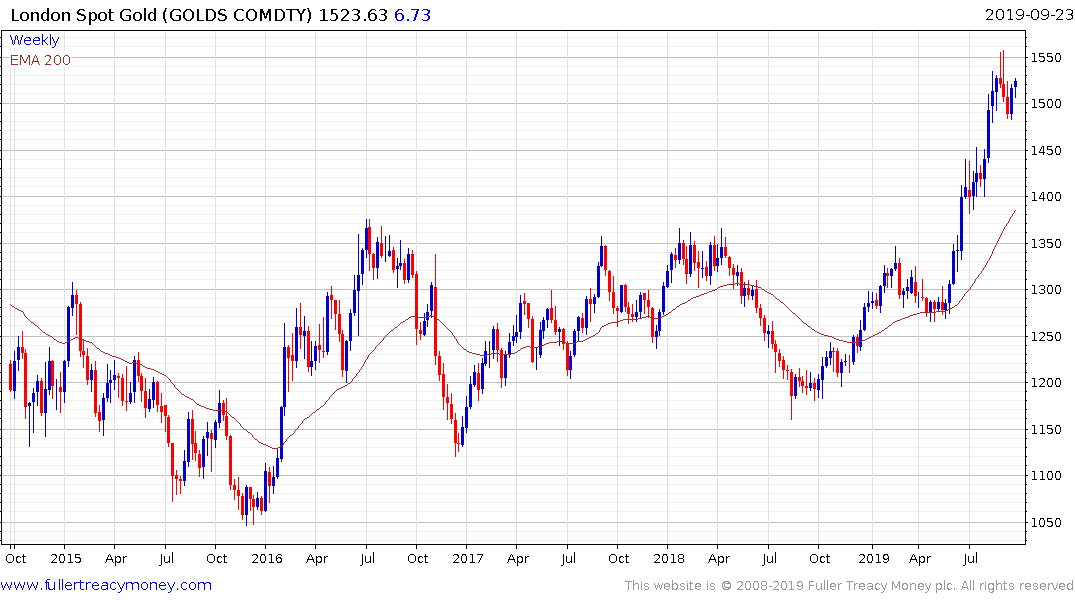 Gold continues to firm from the $1500 area. So far, this reaction has been relatively similar sized to that posted between the end of June and early August. A sustained move below $1475 would be required to signal a deeper corrective phase back towards the trend mean. 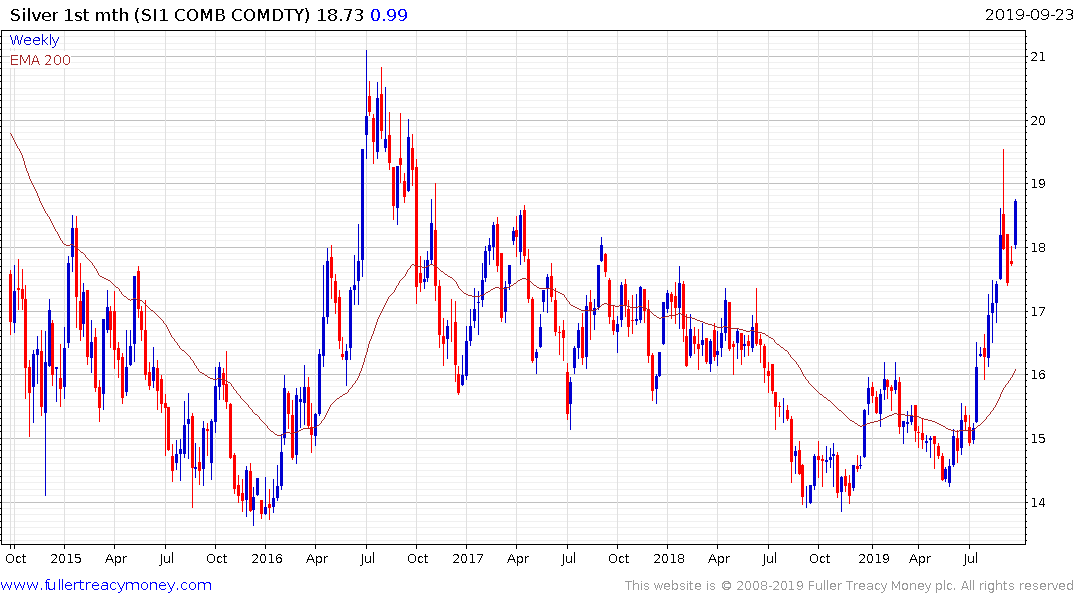 Silver surged today to confirm near-term support in the region of $17.50.