As China's Debt Balloons, Emerging Markets Fail to Take Off
Comment of the Day

As China's Debt Balloons, Emerging Markets Fail to Take Off by Eoin Treacy

Within China, all forms of debt have risen, reflecting a shift in the dynamics of its economy. Before the crisis, China had largely managed to finance its growth without recourse to much debt. The inflows from exports had done the job. The population, fast reaching middle-class living standards, still tended to fund itself conservatively. But household debt has almost tripled from 18.8% of China’s GDP before the crisis to 51.2%. All this debt has successively less impact in stimulating economic growth.

There are reasons why China’s debt is not creating greater fears. If countries want to avoid crisis, issuing a greater share of debt in their own currency is key. This avoids the risk that a devaluation can force them into default, and it leaves them with the option—not necessarily a good one—of printing money to escape difficulties.

China does more than 90% of its borrowing in local currency, which limits the risks somewhat. Meanwhile, almost all large emerging markets now do more than half of their borrowing in their own currency. But not all emerging markets have made uniform progress in converting to local market debt. The two biggest exceptions are Argentina and Turkey—and it is no coincidence that these two countries both slipped into crisis during 2018 as a strong dollar put pressure on their currencies.

Where the burden of debt resides in an economy gives us a clue as to where the greatest effect will be felt from a problem. When the credit crisis struck it was mortgage debt in the USA which led the market downwards and it was consumers who felt the brunt of the decline with the foreclosure crisis and erasing of savings. Today, debt resides on company balance sheets and in China’s regional banking sector in particular.

Successive attempts to wring leverage out of the regional banking sector have finally had the desired effect of ending shadow banking. However, without resource to government capital, Dollar loans or private lending clubs, the regional banks are in serious peril. This is a difficult sector to monitor because only a handful are listed on the stock market. 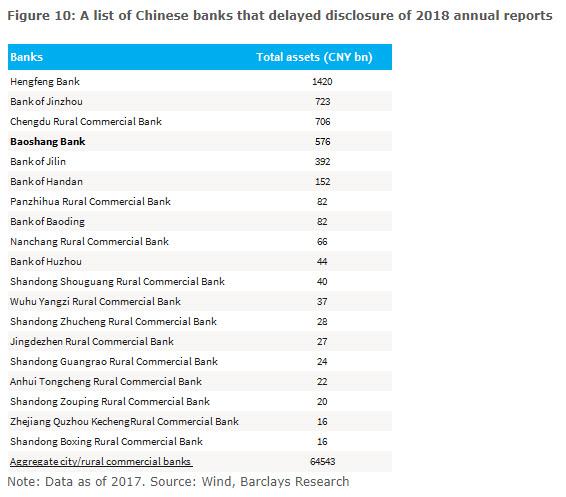 Last week Boashang Bank was taken over by the government and over the weekend Bank of Jinzhou’s auditors resigned. This graphic prepared by Zerohedge highs all the banks which have delayed filing their results and both Baoshang and Jinzhou are close to the top in terms of assets. The big known unknowable about China’s debt market is the natural default rate. Considering the fact China’s regional banks have been starved of capital the number likely to disappear is rising. This is a particularly worrisome development because the size of China’s regional debt issue, with much parked in special purpose vehicles is in the order of $4 trillion. 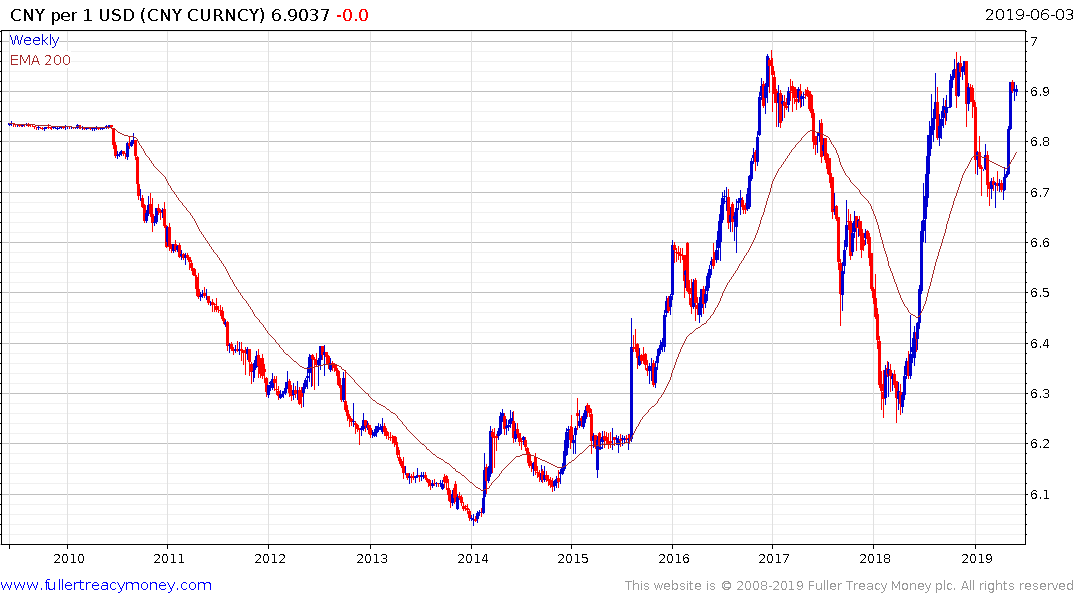 Tight Chinese liquidity is a problem for commodity demand growth and most particularly if it leads to slower growth. It is true that the majority of debt is denominated in Renminbi but the way these problems are dealt with is with a much weaker currency.

The Renminbi continues to pause near CNY6.9 but a sustained move above below the trend mean would be required to question Dollar dominance.

These kinds of events significantly raise the risk of Chinese capital flight which is contributing the rally in cryptocurrencies, and more recently, gold. 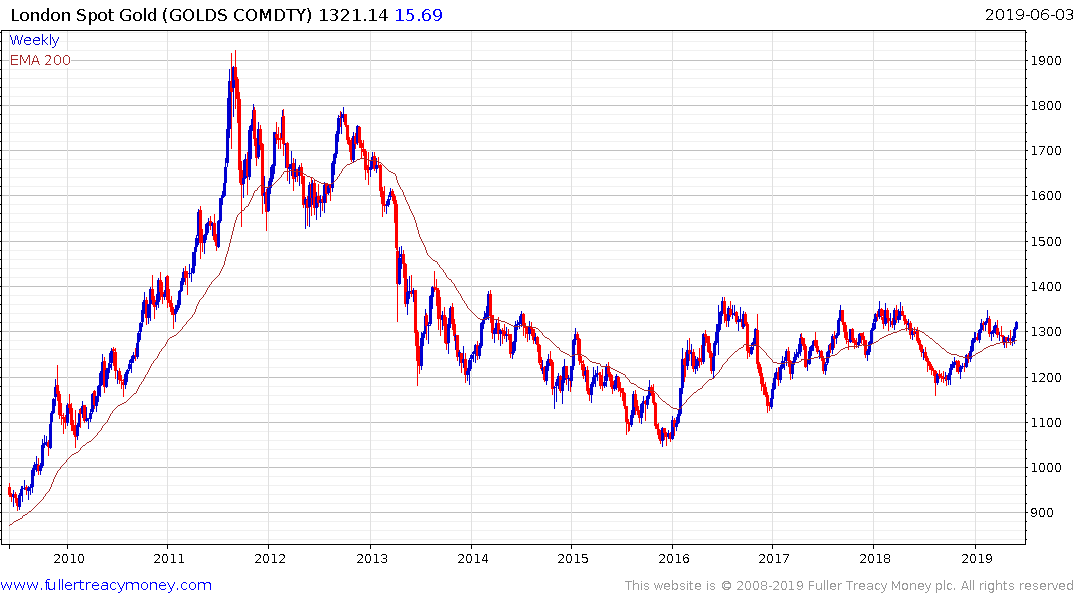 Gold followed through on the upside today to break the four-month downtrend and to confirm support in the region of the trend mean.