The global environment remains positive, although growth is moderating due to the poorer performance of emerging economies. The impact of protectionism is so far limited

In Argentina, a new round of capital flight and currency depreciation in August led to a further fiscal adjustment, the revision of the agreement with the IMF and the abandonment of the inflation target regime, which means an end to the economic program of President Macri’s first two years

The new monetary-exchange rate scheme seeks to control FX volatility by absorbing all surplus liquidity in pesos and targets holding the nominal monetary base constant until June 2019 setting up broad bands within which the FX can float, with limited intervention by the Central Bank outside this band

In 2019 the government will attain primary fiscal equilibrium with spending cuts and a new tax on exports, and the programme with the IMF ensures that the financial programme can be met with limited roll-over

The currency crisis and the new monetary and fiscal tightening lead us to revise our forecast for GDP growth in 2018 and 2019 downwards and our estimates of inflation upwards. The sharp real depreciation of the peso and the recession will result in rapid correction of the current account deficit

When is the best time to buy into an emerging market? That is a question I think a lot of people will be contemplating at the moment because emerging markets are trading at a substantial discount to developed markets and particularly Wall Street.

The simple fact is international investors are accustomed to having the benefit of both currency and capital market appreciation. That is most particularly true if their funding cost is in US Dollars, Euro or Yen and if they are participating on a leveraged basis. Then having the currency on your side is highly important.

Therefore, the time to become interested in emerging markets is when the currency has fallen aggressively which will have put downward pressure on the market because of forced sellers due to leverage gone wrong. The Argentine Peso and Turkish Lira both accelerated lower over the summer and have now stabilised. That has resulted in their stock markets also stabilising in US Dollar terms.

With the Turkish Lira having already bounced some people will be thinking this is a bit late for such a revelation. However, the India Rupee, Indonesian Rupiah and Chinese Renminbi are all now trending lower and value is appearing where prices have accelerated lower. The clearest green light for foreign investors will be when we have clear evidence of clear intervention to support their currencies. 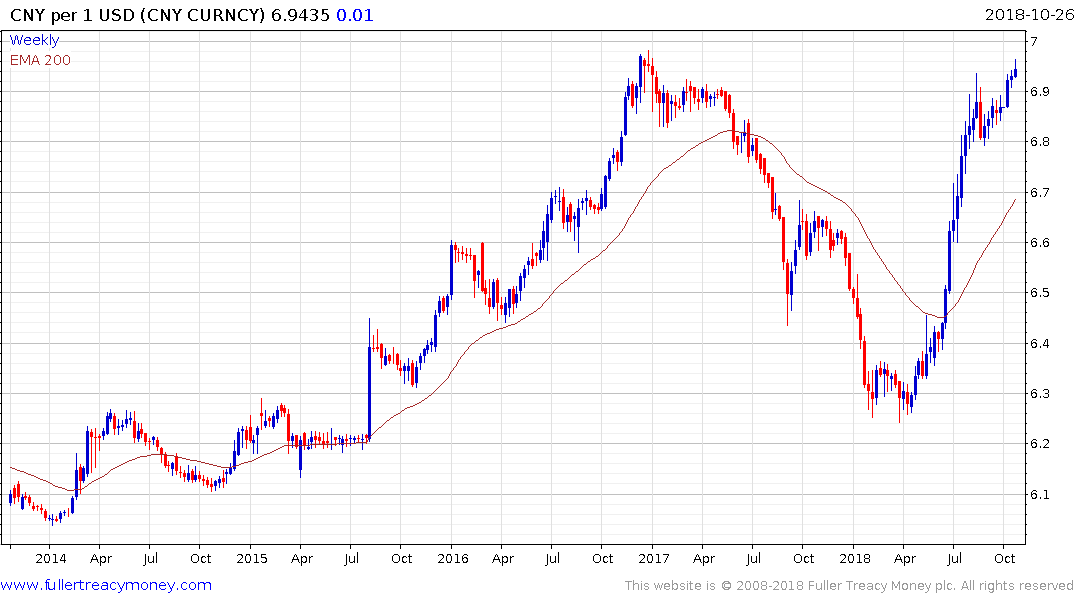 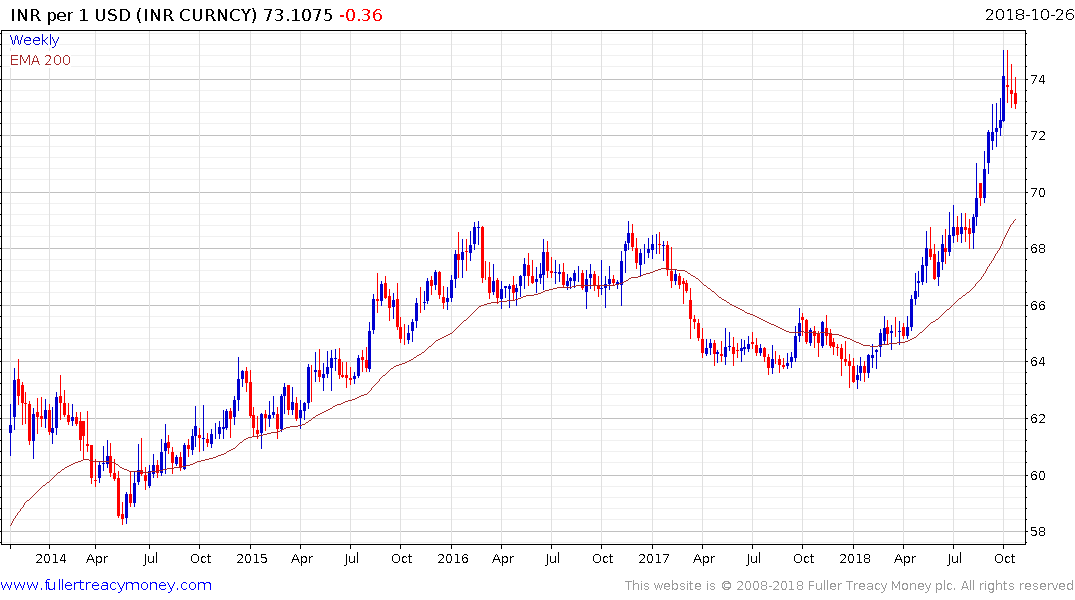 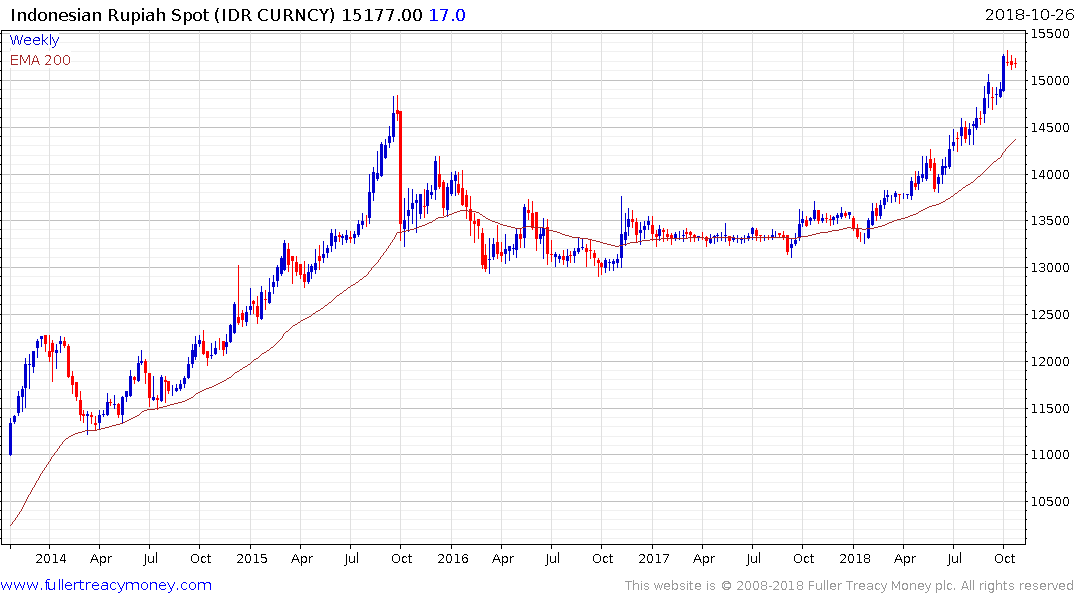