Are Theresa May and Jeremy Corbyn About to Agree a Brexit Deal?
Comment of the Day

Are Theresa May and Jeremy Corbyn About to Agree a Brexit Deal? by Eoin Treacy

On Wednesday, May signaled she could move on one of her key red lines and allow the U.K. to sign up to some kind of permanent customs union with the EU. The pound strengthened.

“There is a greater commonality in terms of some of the benefits of a customs union that we’ve already identified between ourselves and the official opposition,” May told a parliamentary committee. “Looking at the balance of these issues is part of the discussion. Can we come to an agreement on that? I hope we will be able to.”

May invited Corbyn to work on a cross-party deal last month in a desperate attempt to get an agreement, after the blueprint she negotiated with the European Union was rejected for a third
time by Parliament.

With local elections taking place on Thursday, the talks have been low-key this week, but the government is planning one more big meeting on May 7 or 8 to decide whether a consensus
with Labour is possible.

Customs, taxation, regulation, immigration represent the key words of the Brexit debate. By conceding to a customs union, the ability to form an independent regulatory environment falls by the wayside. The opportunity to negotiate trade deals independently also disappears.

Immigration might be a hot topic but it is hard to imagine the UK is going to stop absorbing workers from overseas. Therefore, there is clear potential that what will be agreed by cross party talks is Brexit in name only or no Brexit at all. 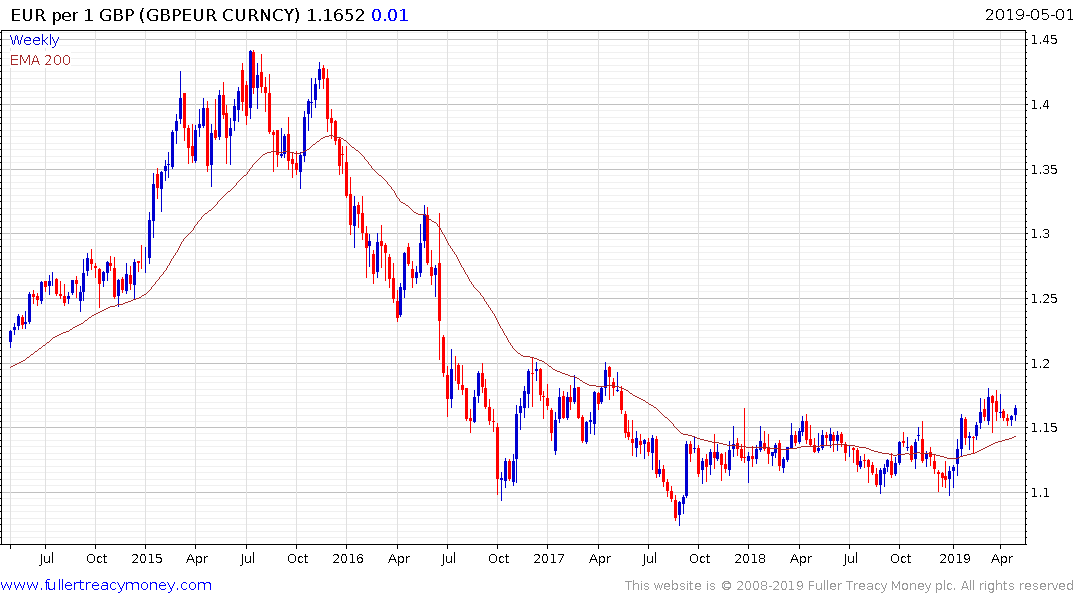 The Pound continues to exhibit first step above the base characteristics against the Euro.