Apple Inc. was upgraded to buy from neutral at BofAML, which wrote that it saw “ten reasons to be bullish” on the iPhone maker. It also raised its price target to $210 from $180.

Shares rose 2.1 percent, taking the stock to its highest level since December.

The firm’s 10 reasons touched on a number of factors, including valuation, an “overshoot in negative estimate revisions,” a reacceleration in the company’s services division and a growing base of users. The company has a “highly loyal user base,” with “low churn where demographic changes are in Apple’s favor,” analyst Wamsi Mohan wrote.

The firm was also positive on the company’s critical iPhone line, which has been the subject of investor anxiety given demand issues, particularly in China. BofAML now forecasts “stability of supply chain order cuts,” as well as a “large reversal of inventory overhang in iPhones.”

The lower inventory is “a net positive, which after [the first quarter of 2019] could start to drive some stability in supply chain orders with new builds picking up after the next few months.”

Shares of Apple have gained more than 20 percent from a January low, though they remain more than 25 percent below a record hit in October, a pullback that BofAML wrote “presents opportunity.”

According to Bloomberg data, BofAML’s call marks the first Apple upgrade since New Street Research raised its view on the stock in early January.

Few companies are as exposed to China’s economy as Apple. It both depends on China for manufacturing and as a major demand growth market for its products. Therefore, it was only a matter of time before the share declined in line with pessimism about a trade accord. As perceptions have improved the outlook for the status quo persisting has lifted the share. 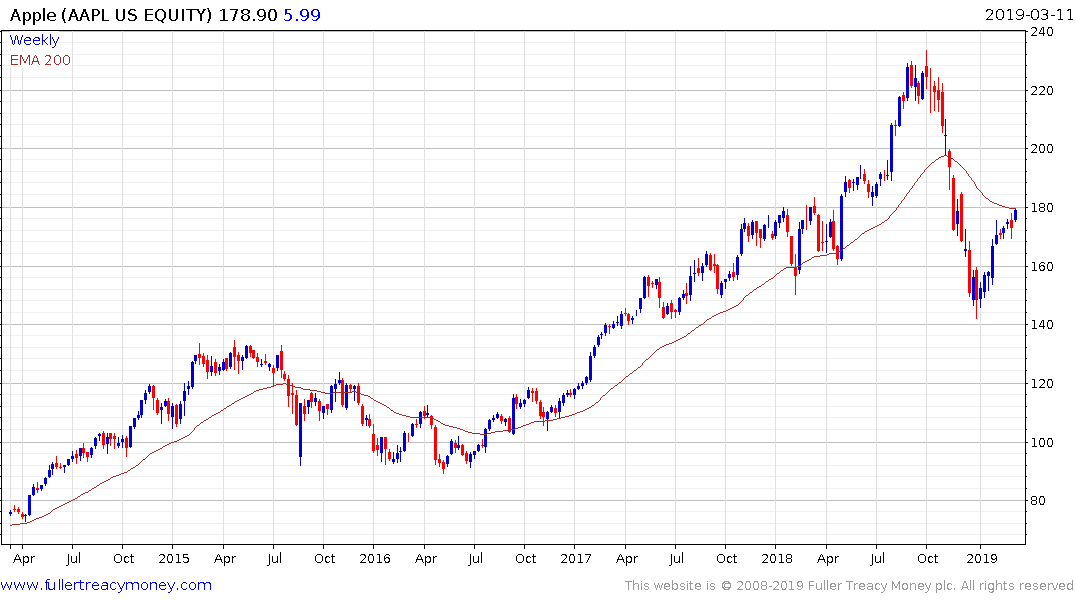 This is not the first time Apple has pulled back in a violent manner. In fact, it is the third occasion over the course of this decade long advance. On both previous occasions a lengthy period of support building ensued following the pullback. That suggests the lows are probably in, but we can expect plenty of ranging over the coming 12 months between $160 and $220. Right now, the share is on the upswing which is a positive for the wider market. 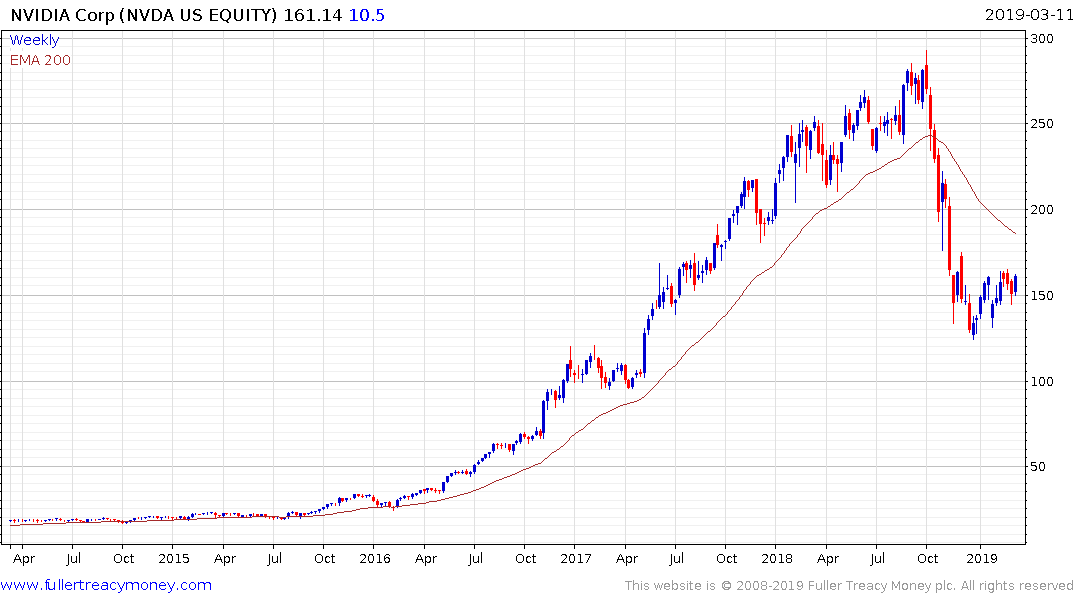 Nvidia’s plan to move beyond cryptocurrencies, with a renewed focus on data centres through its acquisition of Mellanox, has taken it back to the upper of what is potentially a developing base formation. 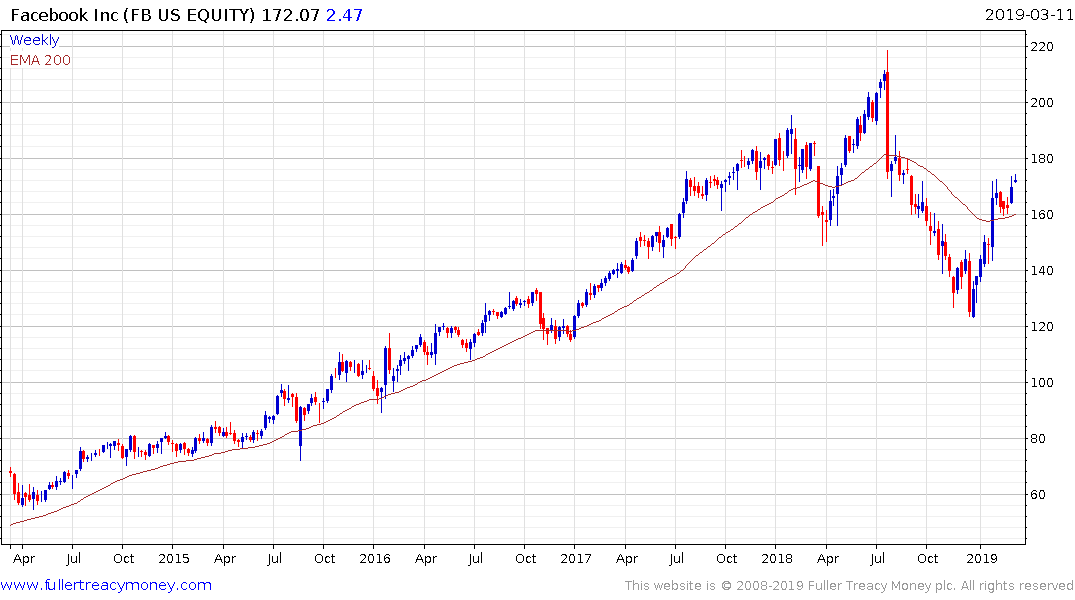 Facebook has so far managed to avoid regulation and the plan released last week for a focus on smaller groups within the social media space has been welcomed by investors. The share is back testing the upper side of its range as it firms from the region of the trend mean.