A combined Aphria and Aurora Cannabis entity would suggest a company with over C$1 billion in sales in 2021, with over C$600 million in net cannabis sales, Stifel analyst W. Andrew Carter wrote in note.

The legalisation of cannabis in Canada was a buy the rumour, sell the news phenomenon. The prices of related shares surged ahead of the transition but did not improve on that performance subsequently and have since declined meaningfully.

The primary argument for legalisation is cannabis offers a previously unmet medical need, most particularly in treating chronic pain. My only experience with cannabis is I strained my back a couple of weeks ago by being overly ambitious with an at-home workout routine. That has impaired my ability to play tennis so I decided to try a THC infused balm. I can certainly attest to the fact it offers temporary relief from pain but it is not a cure. R&R will help my back but for chronic pain sufferers, cannabis is a significant solution.

The biggest obstacle to outsized growth for the sector is continued Federal US Class I narcotic classification. The Trump administration is unwilling to support the legalisation drive. That means the sector remains in legal limbo with a mismatch between states and federal approval regimes. 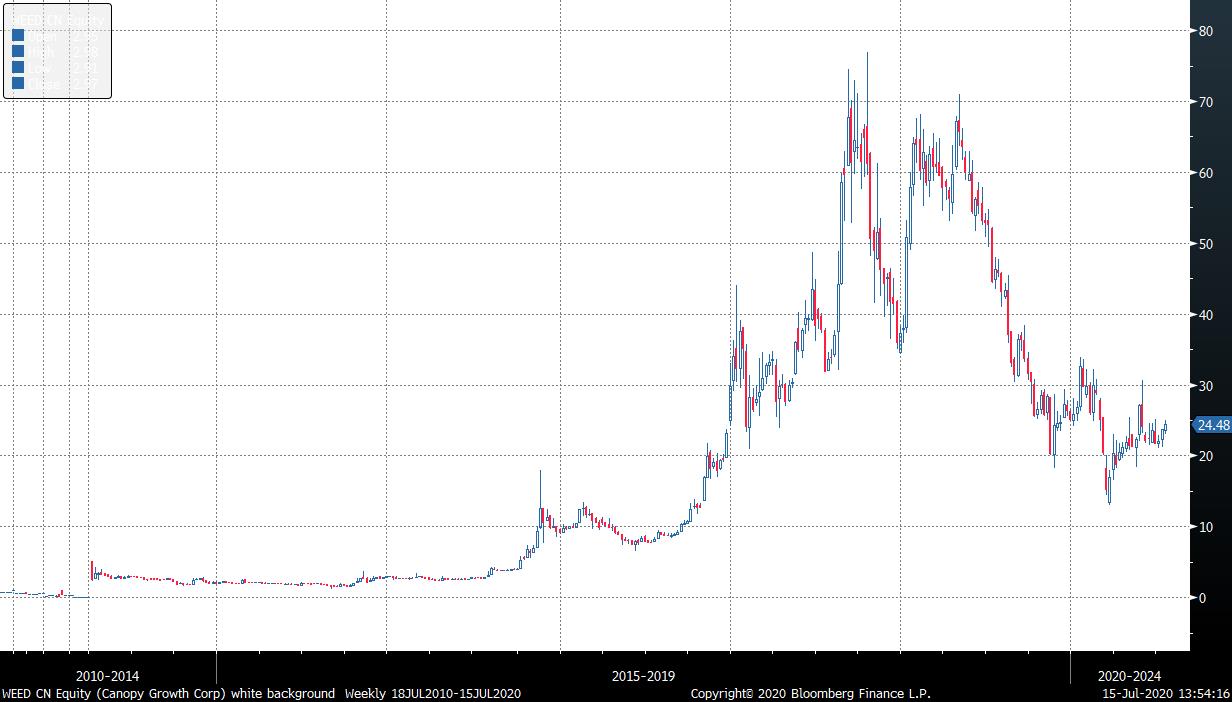 Canopy Growth Corp has stabilised following the March decline and is now testing the region of the trend mean. 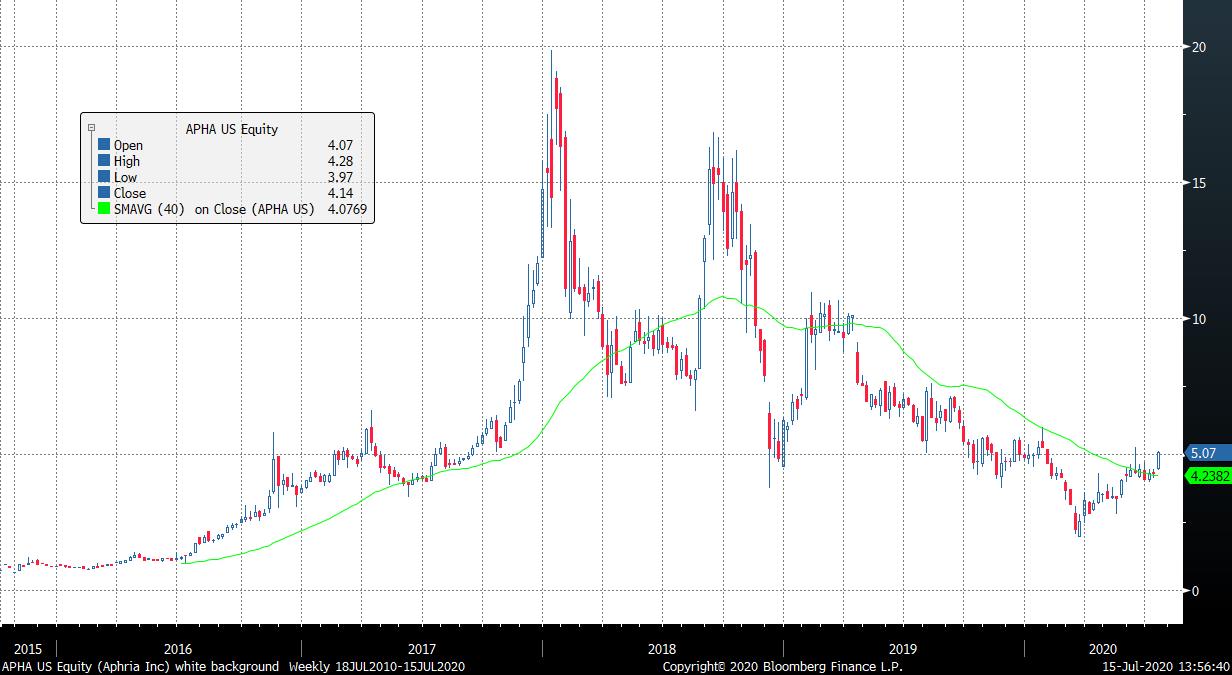 Aphria rallied above its trend mean this week. 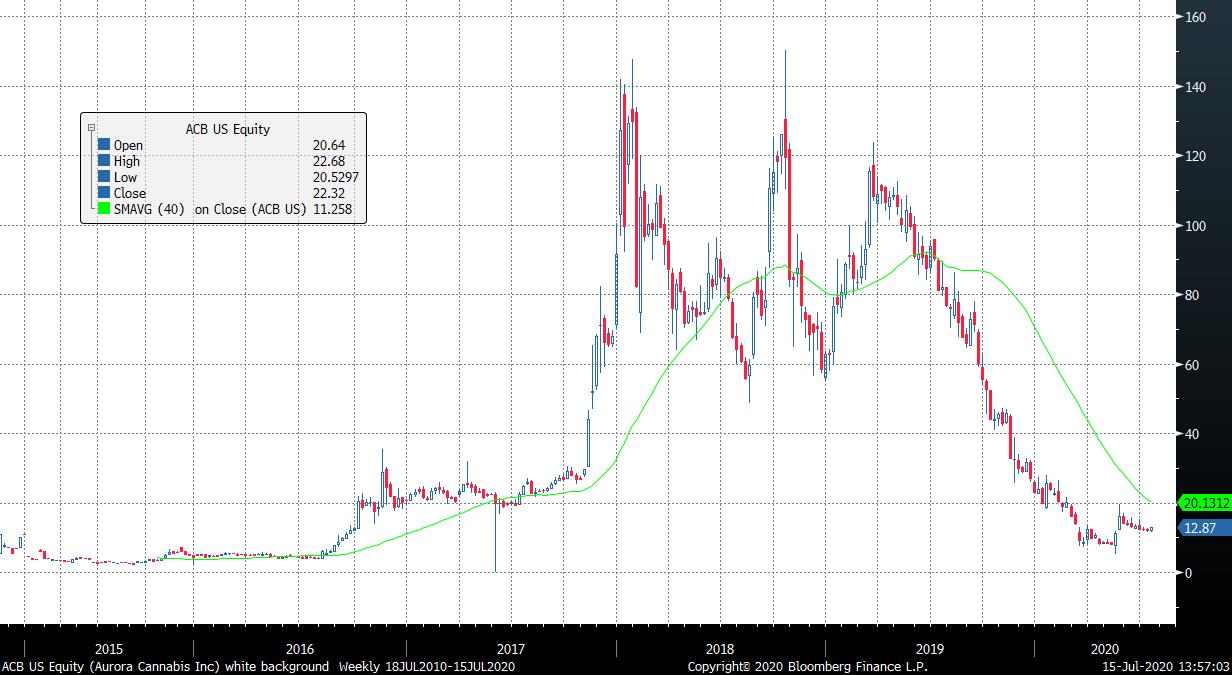 Aurora Cannabis popped on the upside in March and appears to be putting in a first step above its base. A sustained move above $20 will be required to signal a return to demand dominance.