The ANZ Physical Demand Barometer for China continued to decline in May, extending weakness since mid-April. The lack of interest in physical gold from the Chinese suggests onshore supplies remain ample.

We maintain the view that a significant fall in prices is required to spark renewed interest from the Chinese.

China’s net imports of gold through Hong Kong were reported at 67 metric tonnes in April, down 22% from March. Our measure of demand suggests imports to remain subdued in May.

While the domestic gold price has declined by 9% since mid-March, the Shanghai premium still remains at stubbornly low levels.

This is indicative of the state of demand for fresh gold, suggesting that prices will need to move lower before China becomes a supporting factor for the market once more.

Indian market premiums have declined significantly since the Reserve Bank of India (RBI) loosened gold import restrictions in May.

The domestic premium to London spot gold declined to USD27/oz from over USD100/oz in mid-May. While having declined substantially, conditions remain far from normal, with a “regular” premium at around USD5.0/oz.

Annual Indian and Chinese demand for gold is outstripping mine production so why are prices still under pressure? The simply answer is that someone else is selling. Investors liquidating long positions in ETFs were a major influence last year, but are less important this year as the pace of selling has trailed off. This week Ecuador swapped 466,000 ounces for liquid assets with Goldman Sachs in an effort to fund its deficit. Meanwhile, the ECB’s aggressive monetary stimulus is likely to stoke the ire of Austrian school potential gold investors. 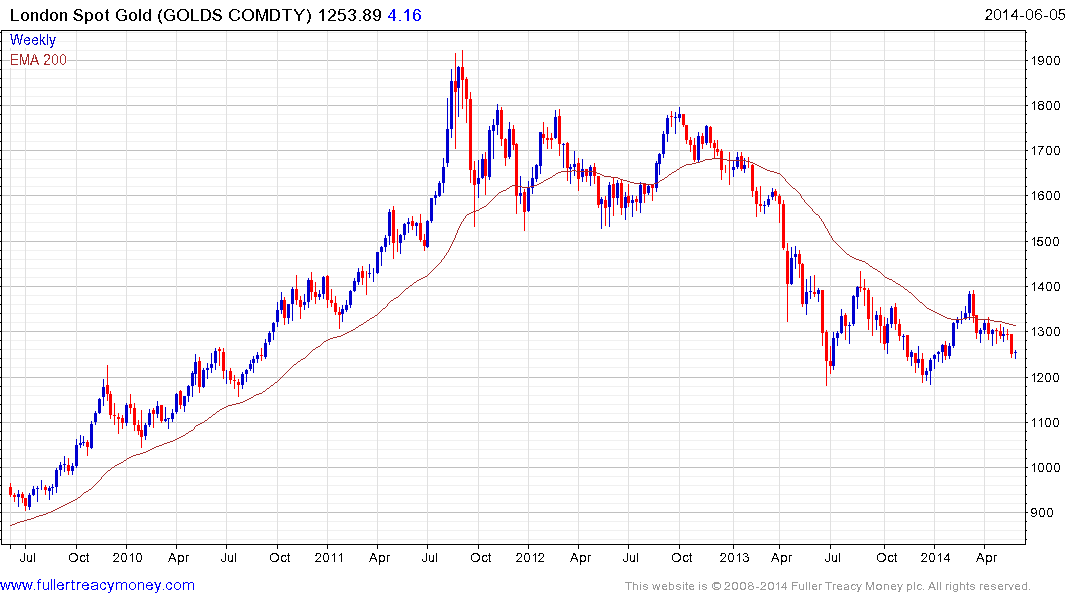 Gold prices have been ranging mostly between $1200 and $1400 for a year. Bears would argue that this nothing more than a step in what remains a downtrend and that the next major move is to $1000. Bulls believe the $1200 area will hold and that this range represents a developing base formation. Prices firmed today in the region of $1250 but will need to sustain a move above the 200-day MA, currently near $1310 to confirm a return to demand dominance beyond the short-term. 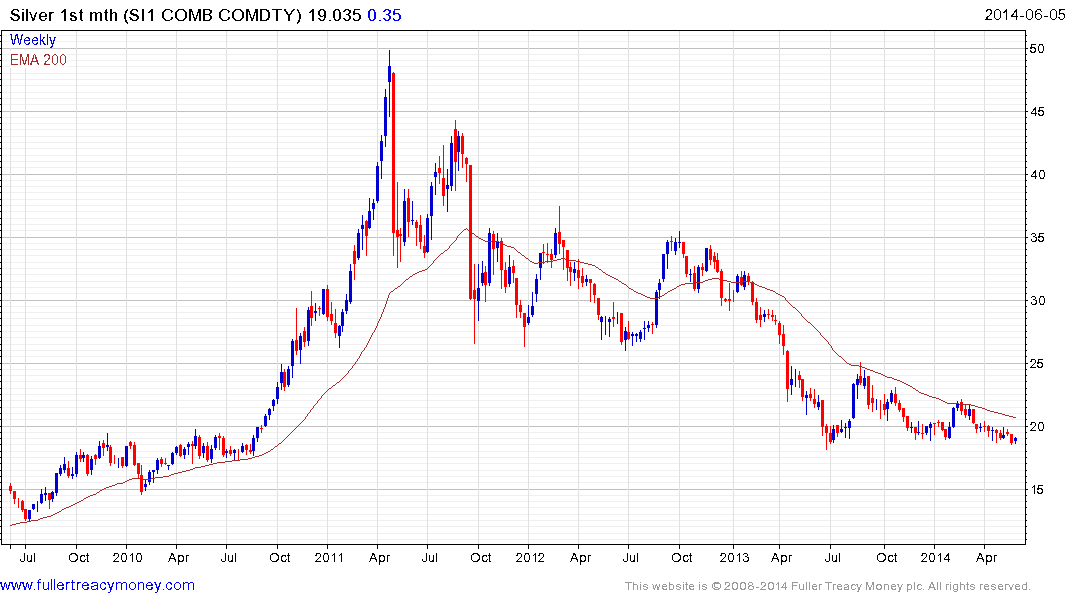 While gold is still above the lower side of its range, silver is testing its lows. It firmed again today from the region of the lower side and a sustained move above $20.70 would be required to break the medium-term progression of lower rally highs.