Barbosa, a 63 year-old black man raised in poverty, became a household name in Brazil during the Supreme Court’s handling of the so-called "mensalao" corruption scandal in the government of President Luiz Inacio Lula da Silva. Of all the potential candidates for October’s presidential elections, Barbosa has one of the lowest rejection ratings, at just 14 percent, according to Datafolha polling company. That compares with 60 percent for President Michel Temer and 40 percent for Lula.

The former judge is a presidential candidate "with potentially the best profile in the field," according to a note published by Eurasia Group on March 29, adding that he has a good mix of experience, anti-corruption credentials, and credibility on social issues.

"It’s a huge movement on the electoral chess board," said Richard Back, a political analyst at XP Investimentos.

The Brazilian iBovespa Index has been the best performing major market globally over the first quarter. It has been assisted by improving perceptions that the crusade against institutional and political corruption is gaining traction and the relative stability of the Real over the same period.

The Index remains in a reasonably consistent staircase step sequence uptrend with a series of ranges one above another. Pullbacks of 10,000 points have generally been buying opportunities during the trend and a sustained move below the trend mean would be required to question medium-term scope for additional upside. 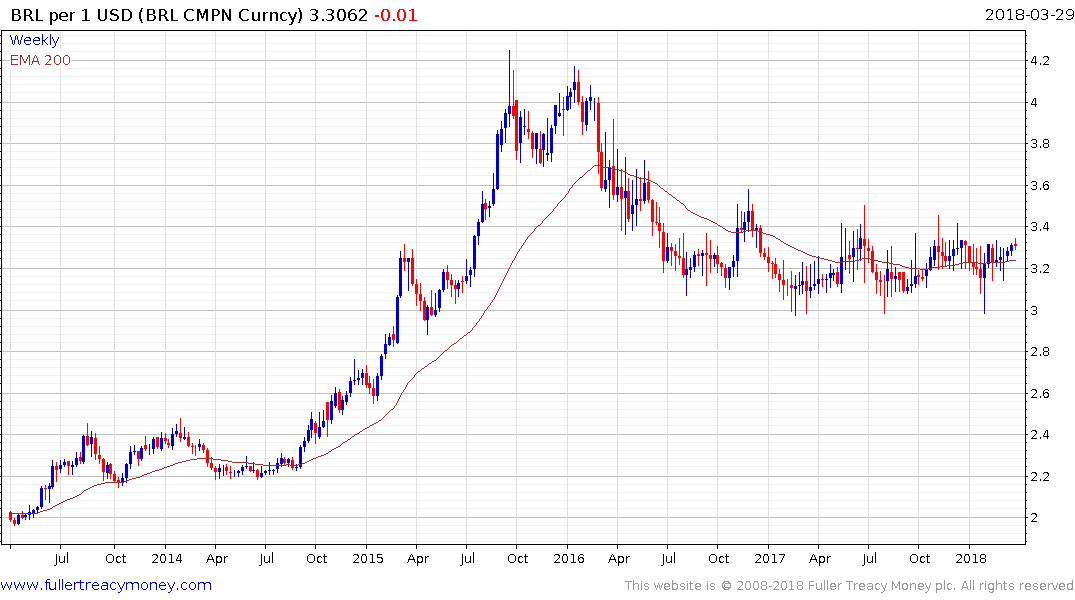 Meanwhile the US Dollar is back testing the upper side of its yearlong range against the Real, but a sustained move above BRL3.4 would be required to question the Real’s stability.