It’s last call for cheap beer. Rising input costs are soaring across the globe, fueled by withering barley supplies and surging aluminum costs, plus the same labor and transport bottlenecks plaguing every other industry. In North America, dry weather scorched fields, which typically produce enough barley to account for about 20% of global commercial beer production. In the U.S., American farmers reaped the smallest crop since 1934, just after Prohibition ended, while in Canada - - the fifth-largest producer -- barley output shrunk 34% to the second-smallest harvest since 1968

The cost of both barley and aluminium might be rising but there is increasing evidence that brewers are using this as an opportunity to raise prices. Many consumers have been couped up at home for more than a year and they are probably more willing to accept a price increase now than before the pandemic if they can get some semblance of their normal social life back. 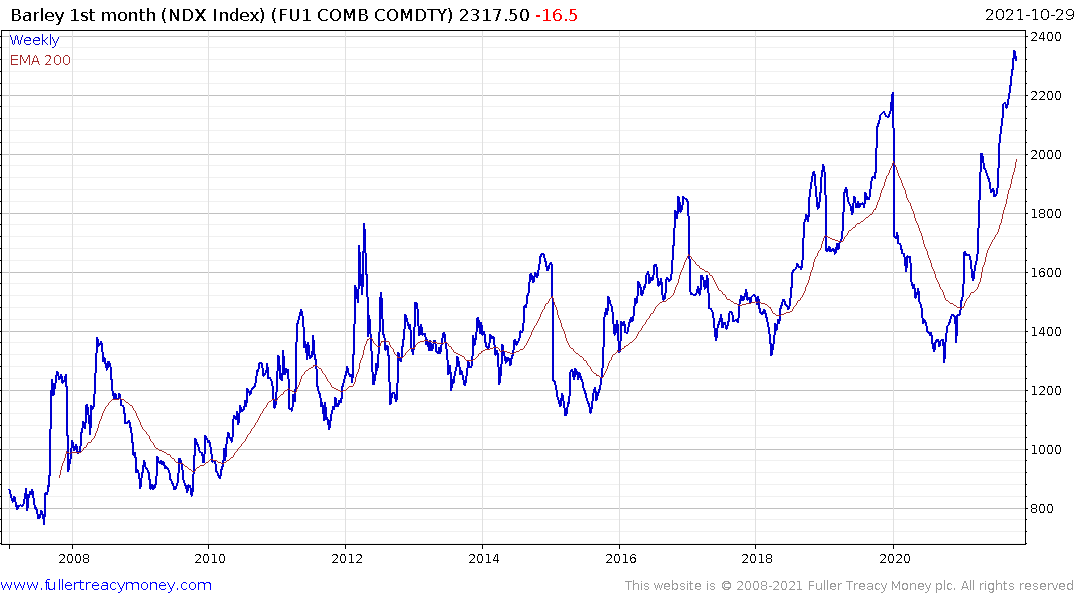 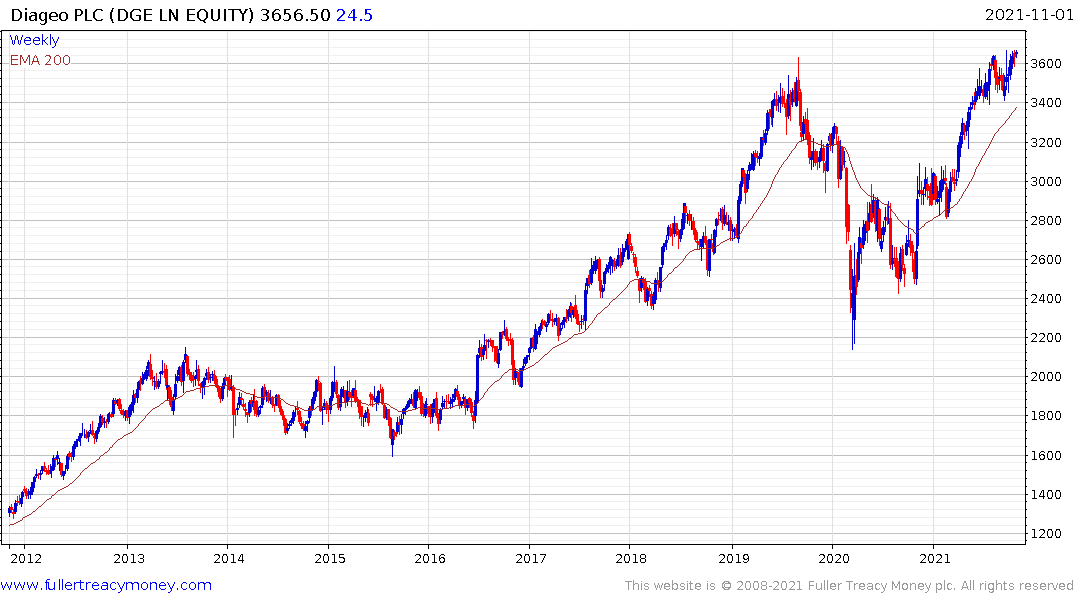 Diageo has been consolidating in the region of the 2019 peak for the six months and hit a new all-time peak today. 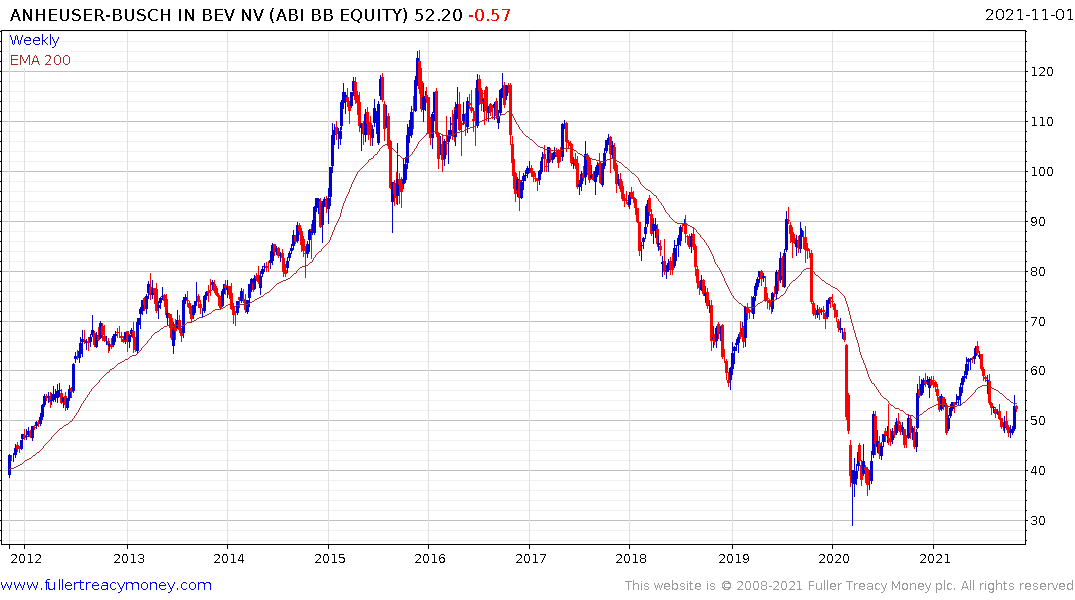 Anheuser-Busch InBev popped on the upside last week to confirm support in the region of the February lows. A sustained move below €46 would be required to question medium-term scope for continued higher to lateral ranging. 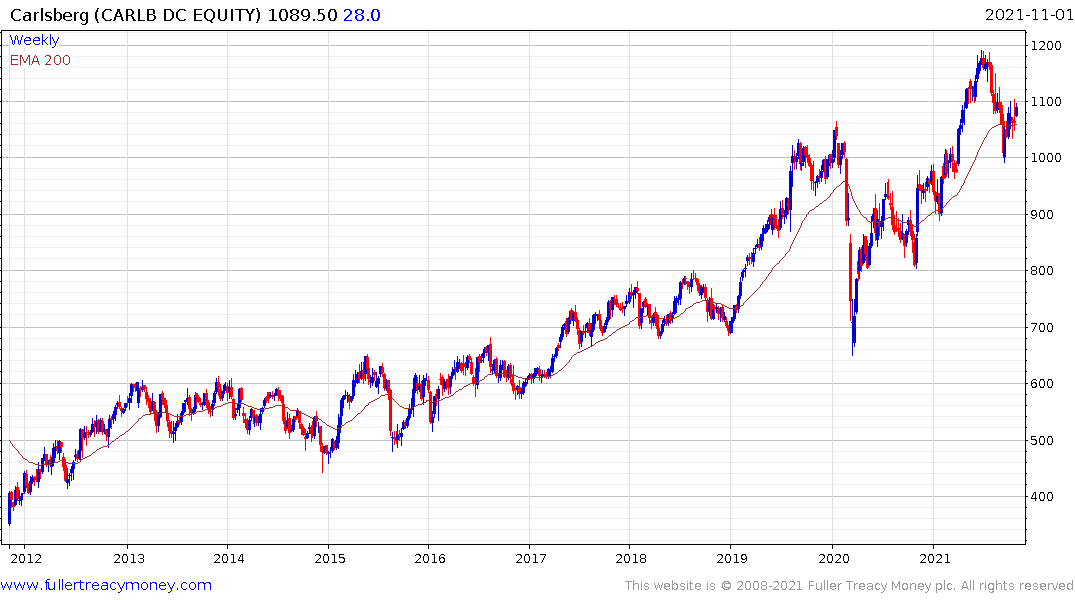 Carlsberg is firming from the region of the trend mean. 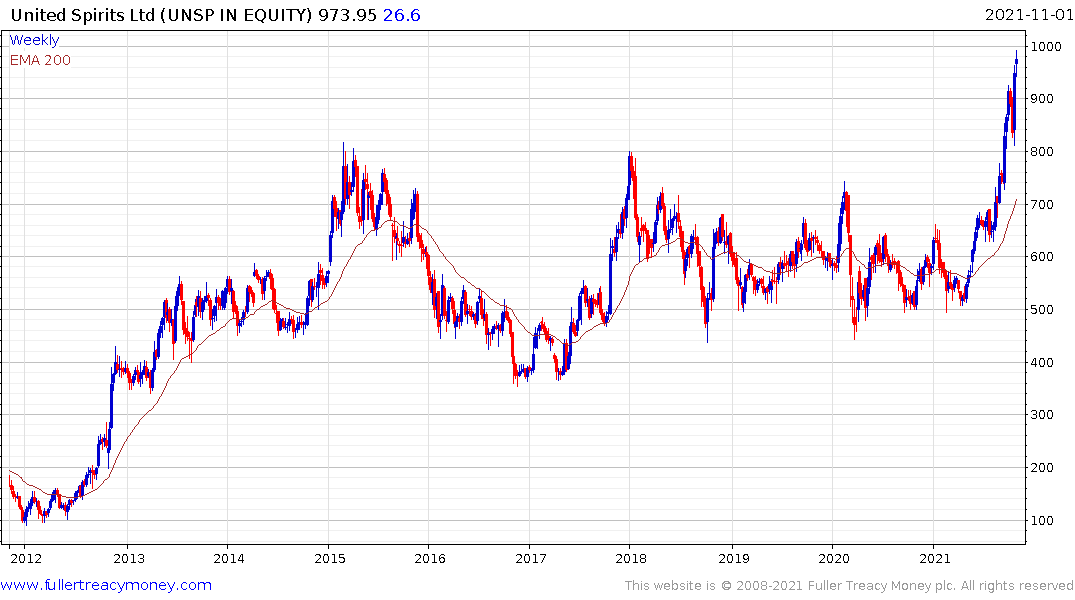