The main trade union for South African platinum miners will strike next week at the world's top three producers, hitting over half of global output and the margins of companies struggling to make profits.

A simultaneous stoppage at the three producers would hit a key South African export at a time when the rand currency is near five-year lows, and deal a fresh blow to investor confidence in Africa's biggest economy.

Renewed labour unrest would also be an unwelcome distraction for President Jacob Zuma and his ruling African National Congress (ANC) ahead of general elections expected in three months.

Members of South Africa's Association of Mineworkers and Construction Union (AMCU) voted overwhelmingly on Sunday to strike at world No. 1 producer Anglo American Platinum (Amplats) in a show of hands in a stadium in the platinum belt city of Rustenburg.

Around 15,000 miners had piled into the stadium in a display of force ahead of the industrial action.

Anyone with a passing interest in the platinum market will be aware that industrial action by increasingly assertive labour unions has generally been a headwind for miners and a tailwind for prices over the last few years. 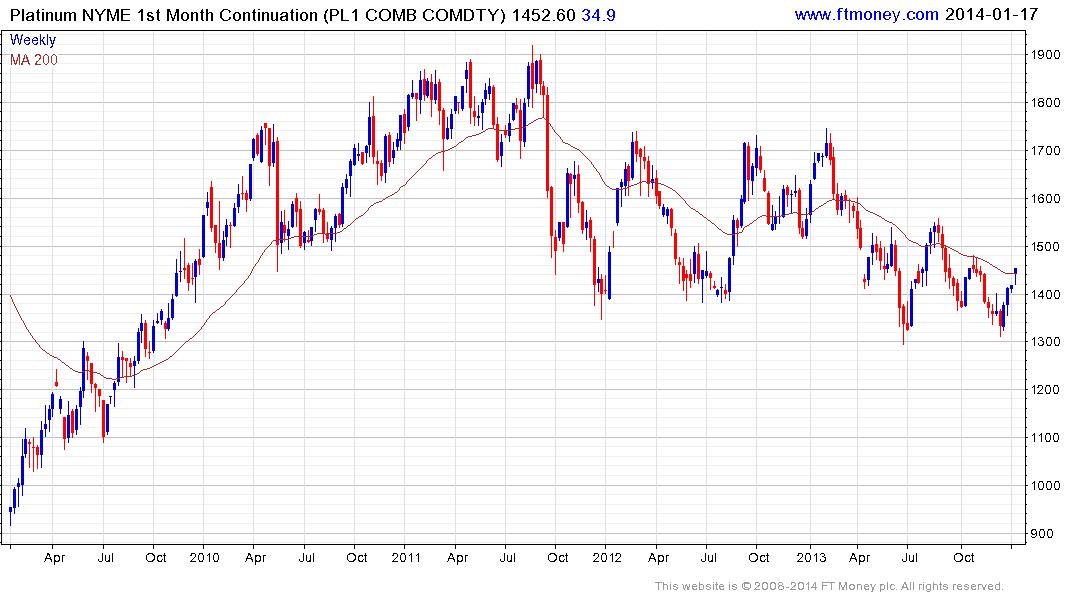 Platinum found support in the region of $1300 on two separate occasions last year and has rallied over the last six weeks to close the oversold condition relative to the 200-day MA. It is now approaching the psychological $1500 area which represented an area of resistance for most of 2013. A sustained move above that level will be required to indicate a return to medium-term demand dominance. 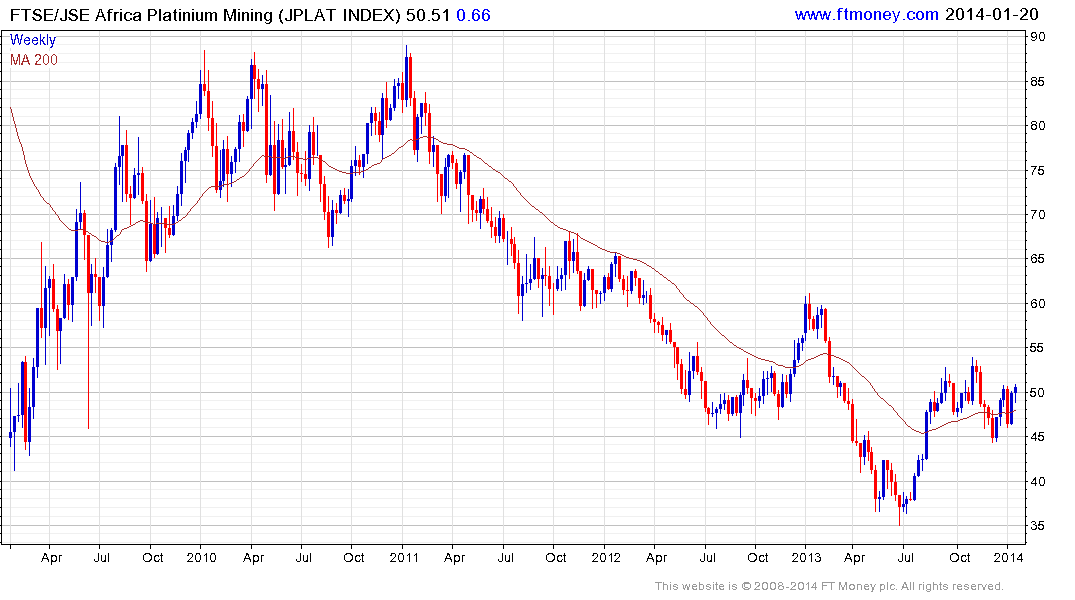 Precious metals miners were among last year’s worst performers as lower metal prices, write downs and rising costs all took their toll. The fact that the FTSE/JSE Africa Platinum Miners Index rallied today, against the background of imminent strike action, suggests a great deal of the bad news may have already been priced into the shares. 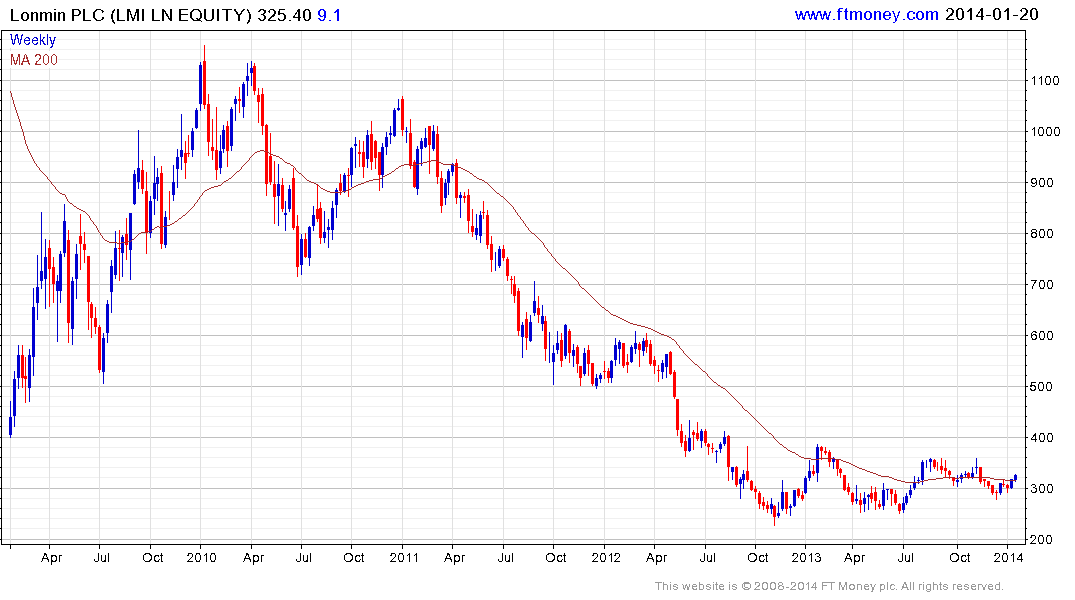 London and South African listed Lonmin hit a medium-term low in October 2012 and has exhibited a triangular pattern since; with a progression of higher reaction lows and lower rally highs evident. The share most recently found support near 290p, from late December, and a sustained move below that level would be required to question potential for some additional upside.