The losses in market value for the companies listed in the closely watched NYFANG+ index -- which includes 10 highly liquid tech and internet stocks -- now have soared to nearly $1 trillion from their Sept. 7 highs. Tesla Inc. is the only stock in black during that period.

The rise in yields has pressured tech names, as investors calculate that future earnings gains will be less valuable amid higher rates. The 10-year Treasury yield is currently around 1.49%, up from 1.3% on Sept. 22.

“Yields are likely to be biased higher for the time being as the world (and monetary policy) normalizes and inflation proves more durable than hoped,” the research firm Vital Knowledge wrote in a report. While some tech investors view the decline as temporary, “we think this time is different.”

The tech world exists in a universe of its own where the promise of the future is given a present value that is often exceptionally enthusiastic. Companies are given a great deal of leeway by investors because of low interest rates.

I’m reminded of Wimpy’s plea “I'd gladly pay you Tuesday for a hamburger today”. No one in the Popeye cartoons ever wanted to give Wimpy a hamburger but, in a world held together by promises the supply of hamburgers is infinite and maybe payment next Tuesday doesn’t sound so bad. 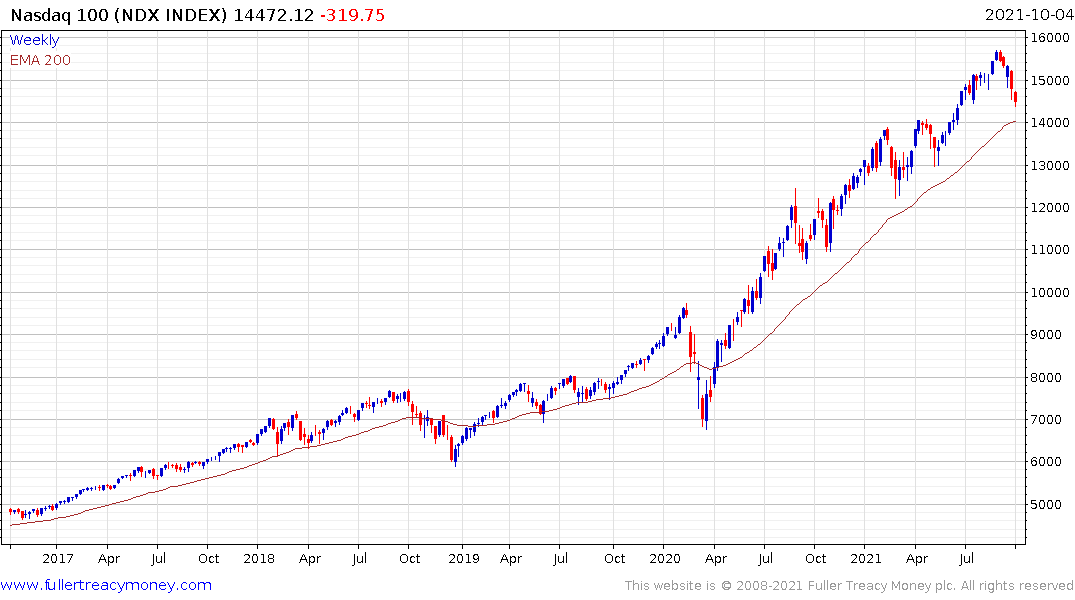 Since the low in 2020 there has been two big consolidations. Each was for about less than 1800 with the most recent dipping briefly into the late 2020 range. The current reaction is for 1310 points and is now testing the region of the trend mean and the upper side of the underlying range.

If the trend is to remain consistent, it will find support within the next 500 points. 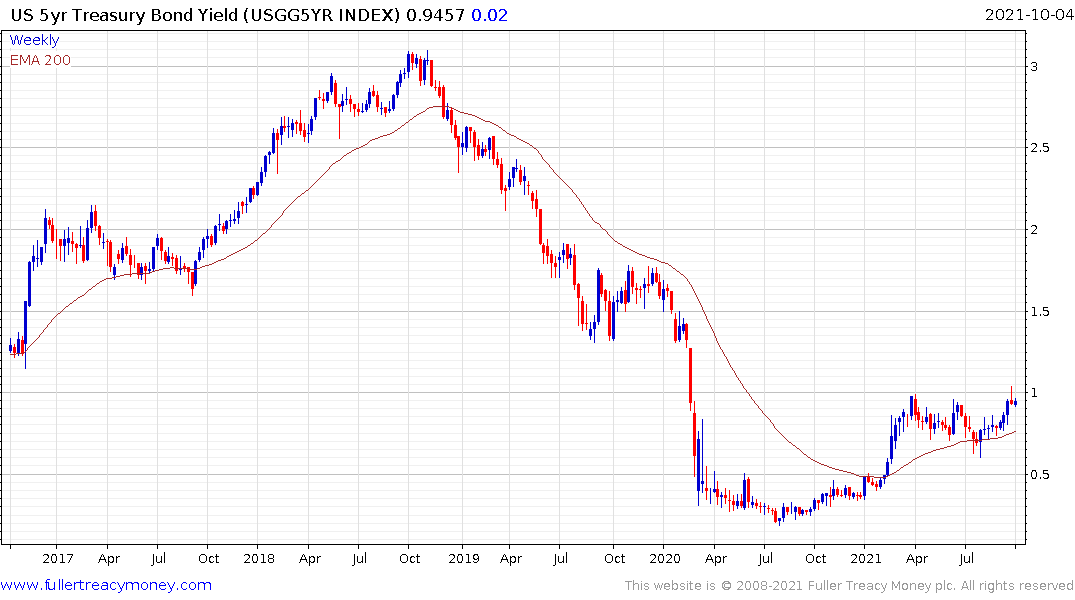 How bonds yields perform is likely to be the deciding factor in how much demand for dip buying appears. 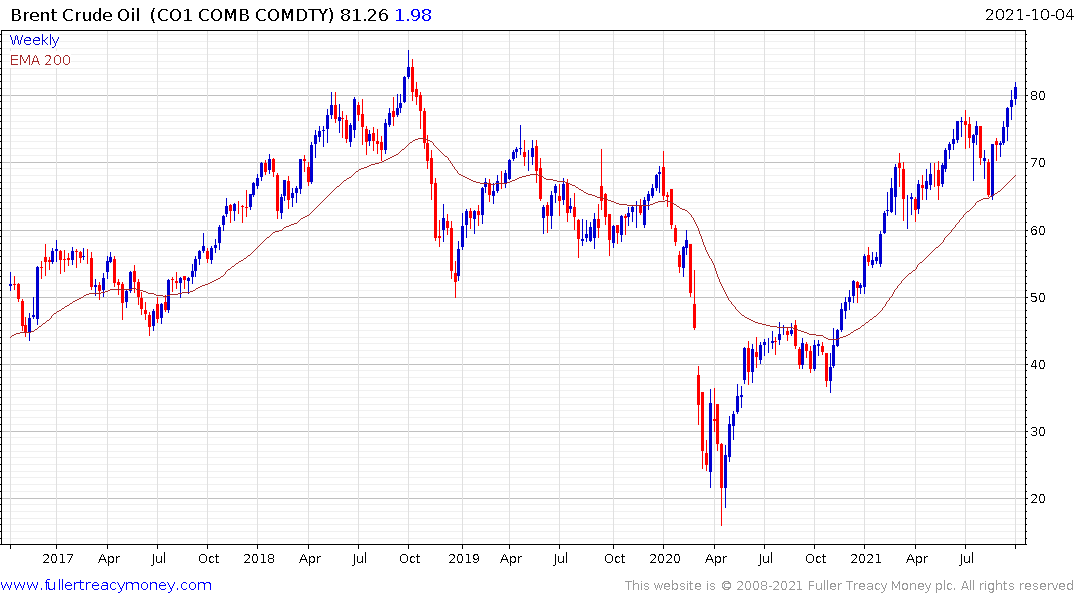 natural gas is currently commanding may not last but crude oil broke above $80 today. That’s going to contribute to inflationary pressures. The challenge for central banks is the economy is extremely interest rate sensitive because so much leverage has built up over the years. They are talking about tapering and raising rates but how realistic are those goals? There is a real chance they are in a debt trap and have no choice than to tolerate higher inflation because combating it with tighter policy would cause a crash. 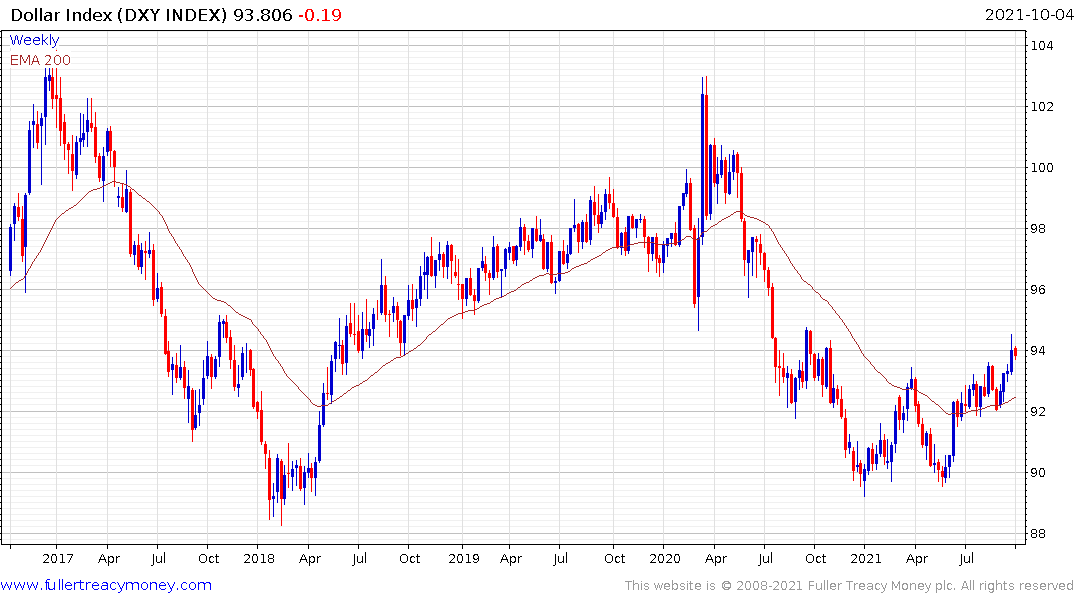 The Dollar has not quite vindicated that argument yet but if the Dollar Index breaks back below the trend mean it would be time to take the debt trap question more seriously. 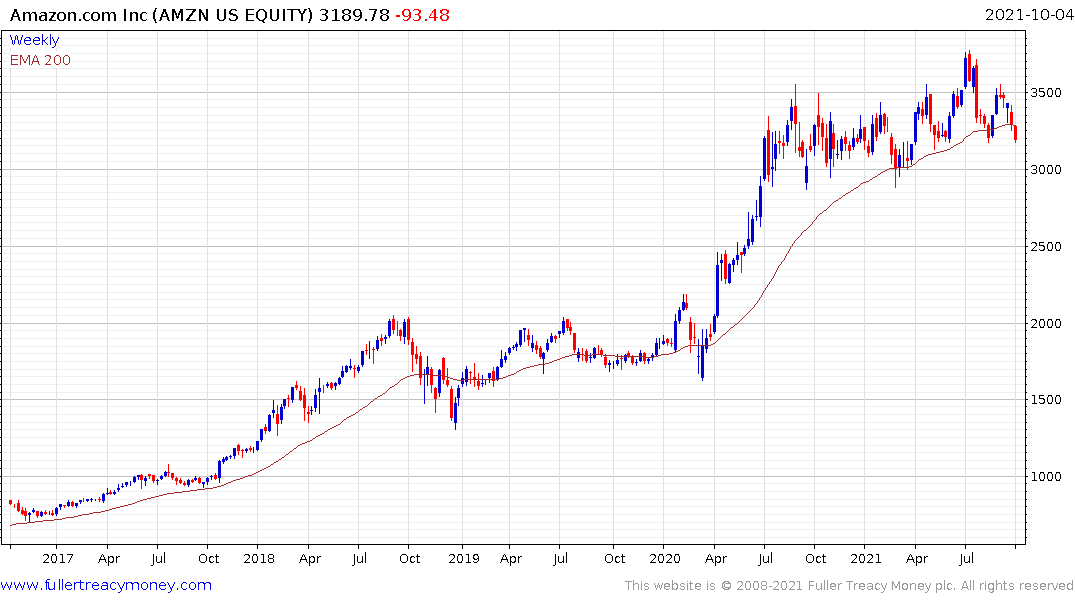