That’s putting manufacturers in an unexpected competition with service employers for workers. Amazon likes to quote its average starting wage of $17 an hour at fulfillment centers in Michigan that comes with a host of benefits, a package that's likely better than a lot of entry-level or lower-tier manufacturing jobs for similar work. Thursday, Amazon upped the ante again, announcing that it will pay for some U.S. employees to get four-year college degrees.

A whole host of retailers pay $15 an hour or more — Walgreens announced it would do just that last month — and offer working conditions that are likely more comfortable and less hazardous than being on a factory floor. Would you rather make $15 an hour working at a sawmill or inside a Home Depot?

This is one reason manufacturers will end up embracing automation: They just can’t find a way to make jobs good enough to attract the workers they need relative to their ever-escalating service economy competition.

Service employers have spent the past several years improving the nature of their jobs, doing everything from increasing pay and benefits packages to relaxing dress codes and offering more flexible schedules. Manufacturing employers are realizing that they now have to do the same. They've got arguably an even heavier lift in front of them, given the riskier, more physically demanding nature of many of the jobs — and if they can’t manage to pull it off with humans, they might have to do it with robots.

Higher wages and the rising cost of compliance encourage automation. Low interest rates and abundant credit enable automation. Technology companies respond to both these trends by profiting from innovation.

That trend has been going on for quite some time already but the hole left in economies by mass retirements, people holding off taking jobs so they can find themselves and liquidity fuelled growth are helping it to accelerate. 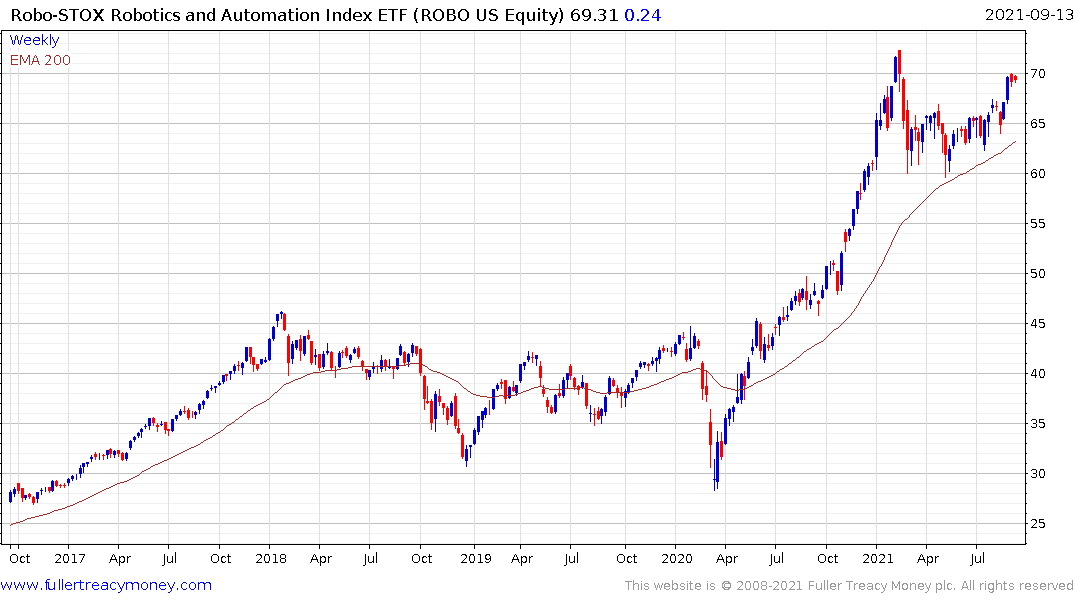 The UK-listed L&G ROBO Global Robotics and Automation ETF is firming from the region of the trend mean. 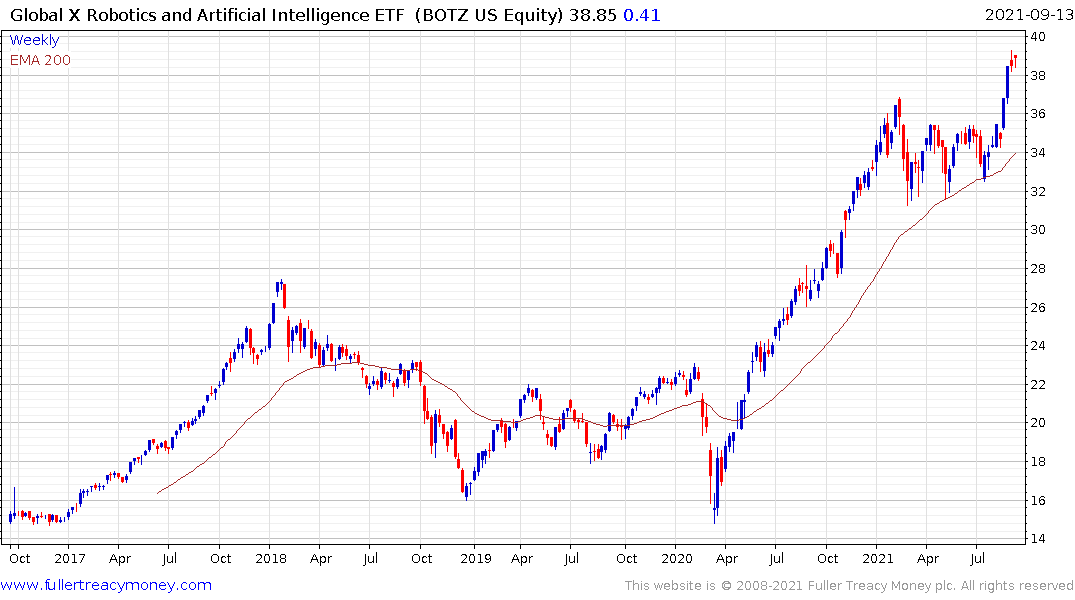 The Global X Robotics and AI ETF broke out three weeks ago. 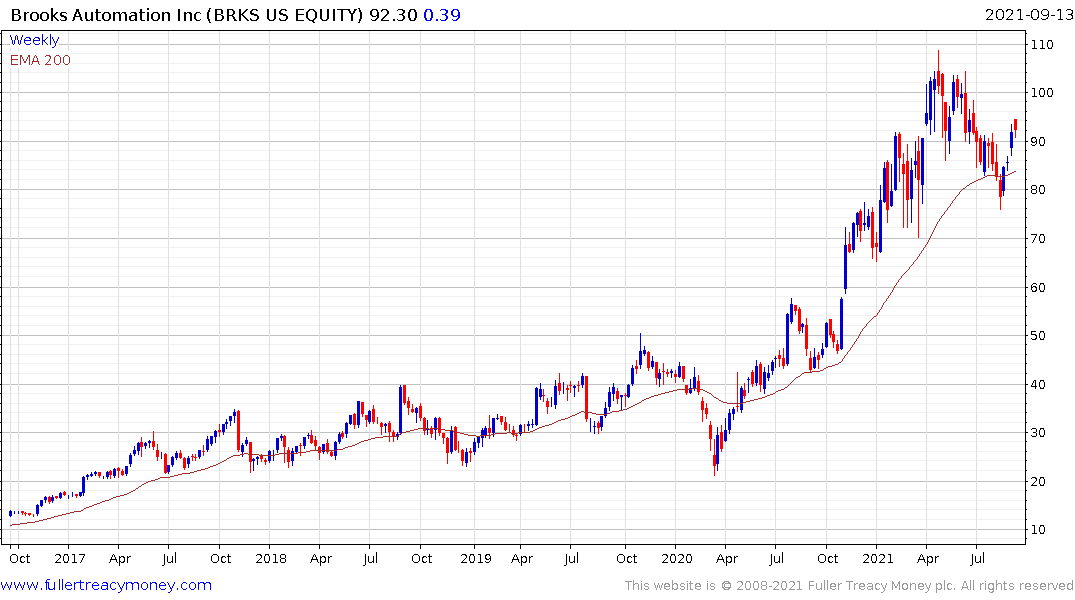 Brooks Automation is now firming from its trend mean as well. 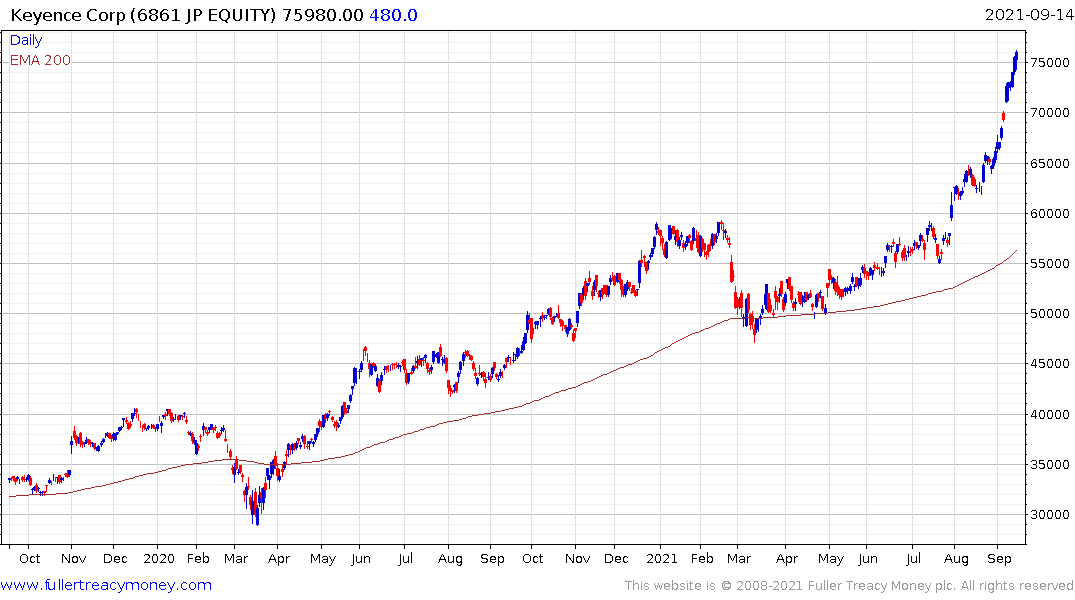 Keyence’s CEO is now the wealthiest individual in Japan following the share’s acceleration out of its most recent range. 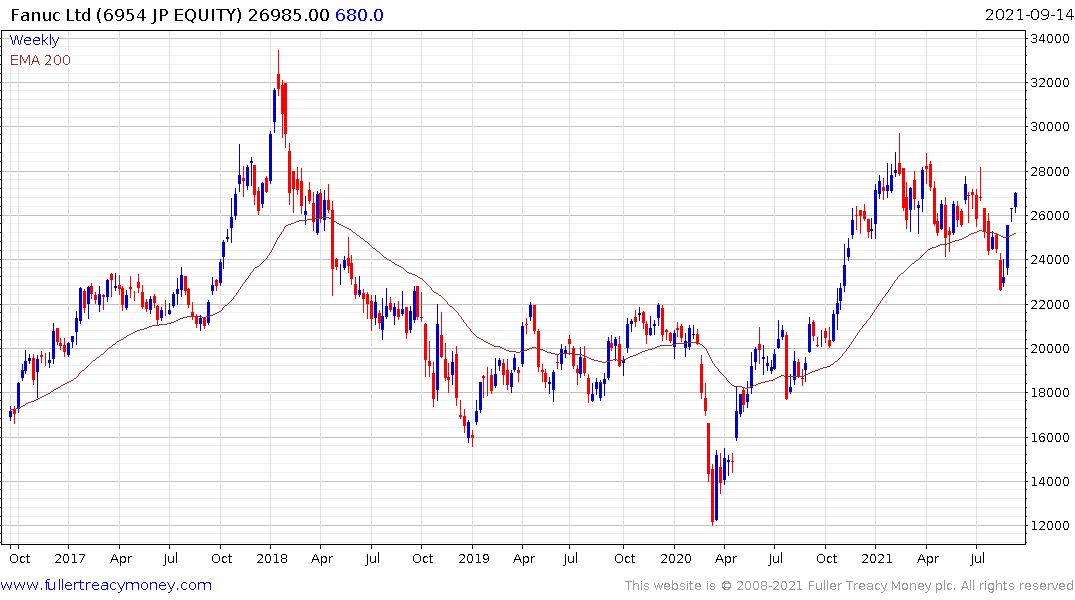 Fanuc has rebounded impressively over the last few weeks and is now testing the year-to-date sequence of lower rally highs. 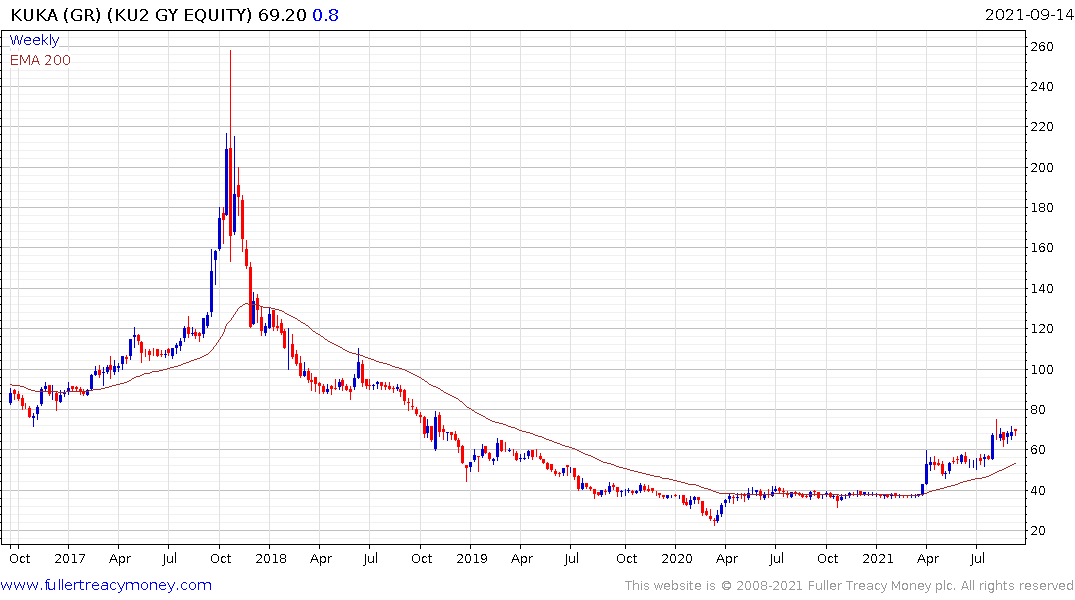 Kuka completed a first step above the base in August and is now firming within its most recent range.