When one of the most consistent trends in the world becomes inconsistent, we have no choice but to sit up and pay attention. In the run-up from 2009 Alphabet/Google never pulled back by more than $100. The reactions were all of different durations but the staircase step sequence uptrend was undeniable. Additionally, it paused continually at big round numbers like $600, $800, $1000 and $1200. Investors had come to expect a $100 pullback to be followed by a $200 rally. That sequence ended in 2018 when it pulled back first by $200 and then by $300. That represented a significant loss of consistency for what had been among the most consistent trends in the world. 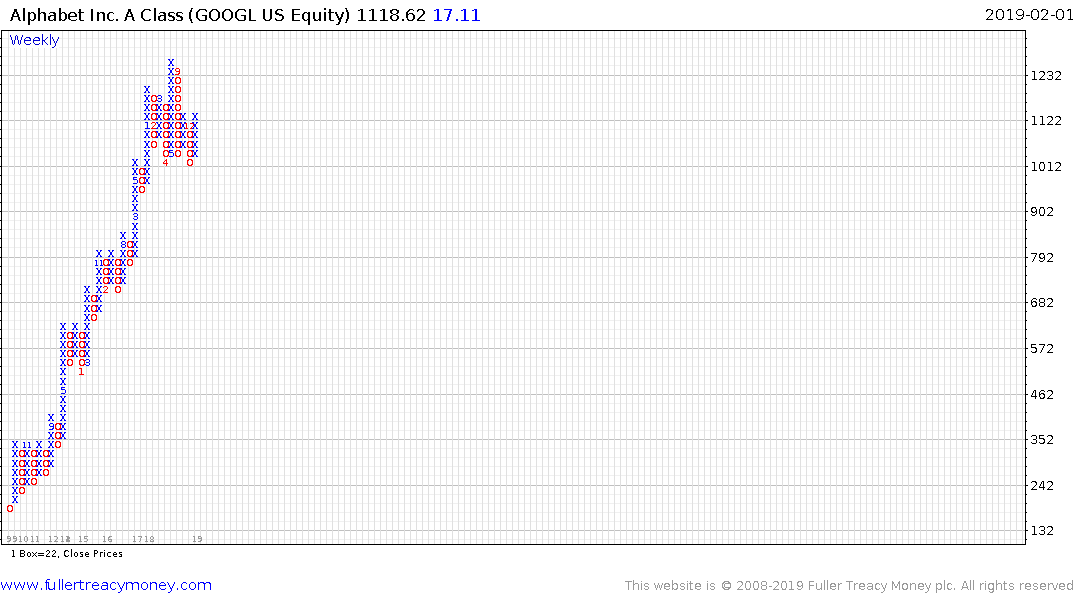 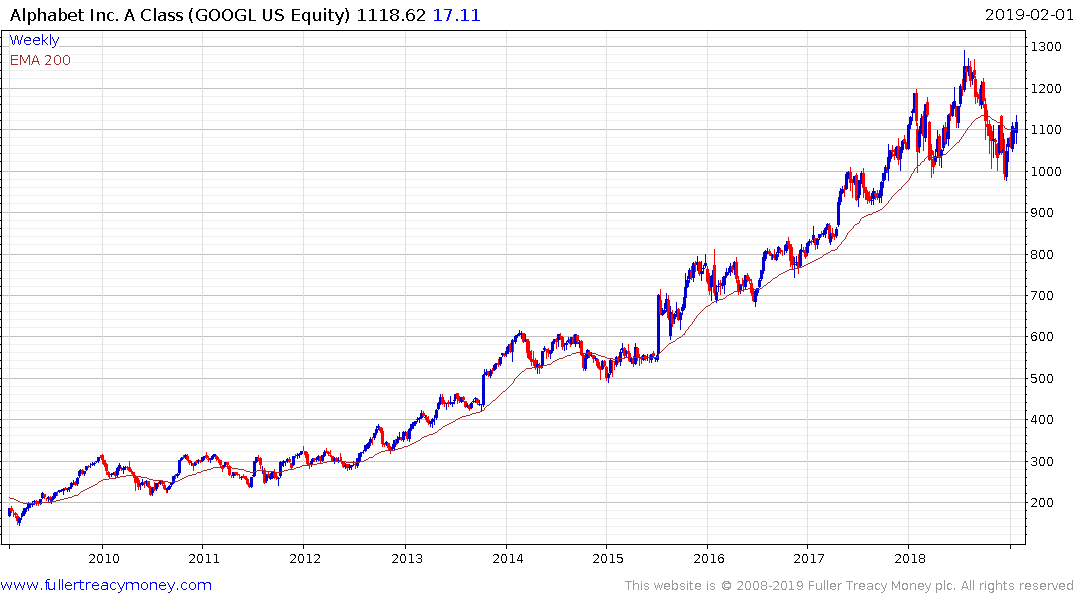 The staircase sequence of ranges one above another is clearly evident on this point & figure chart and interestingly there is evidence of acceleration in the p&f that is now readily observable in the candlestick chart. The loss of momentum and greater volatility is clearly evidence on both.

The clearest conclusion is the share needs to hold the psychological $1000 if the benefit of the doubt is to be given to consolidation rather than top formation development.