A similar trend is visible in the more speculative corner of the corporate bond market. Analysts from Barclays reported last week that average duration in high-yield debt has jumped to 6.7 years, compared to 6.1 years at the beginning of 2020.  Similarly, the effective yield on the ICE BofA US High Yield Index reached a record low 4.12% yesterday, down from 5.19% a year ago.  Meanwhile, Bloomberg reported Friday that a voracious hunger for yield has left junk bond investors “calling up companies and pressing them to borrow, instead of waiting for bankers to bring new deals to them.”

“It’s kind of wacky,” Jim Shepard, head of investment-grade bond issuance at Mizuho in New York, told the Financial Times yesterday. “At a time when you would want greater insurance against a rise in interest rates, [people] are buying something more exposed to it.”

It is impossible for the US government to fund itself given the current trajectory of the deficit and the purchases currently being made by the Fed. That puts upward pressure on bond yields because the government will be more dependent on the market to soak up supply. 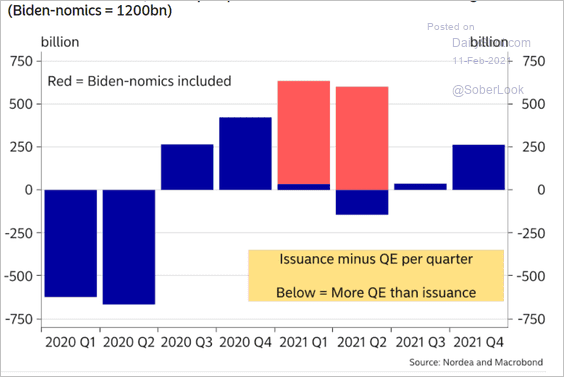 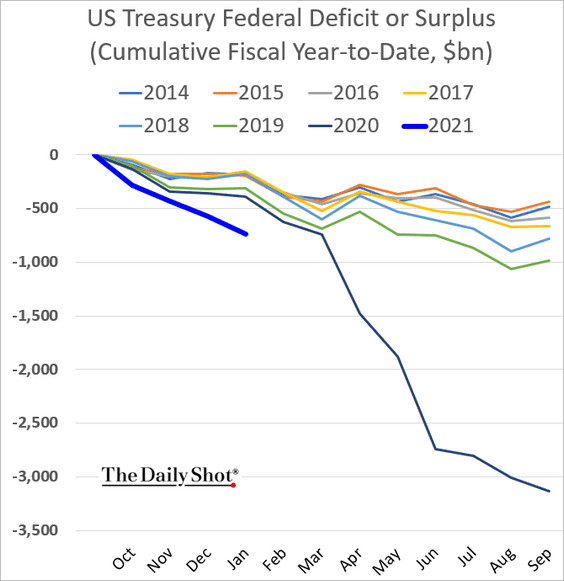 Every 200-basis point move in yields adds $100 billion to the cost of servicing the debt. The government can’t afford that. It would result in significant additional taxation and simultaneous cuts to services. That’s impossible right now too.

The only conclusion that makes sense is the Fed will have to significantly increase the assistance it is providing to the government by boosting purchases of long-dated bonds. Considering the fact, the US government has an active issuance calendar in the first half of the year, the decision about to do is growing increasingly urgent.

Bond investors are actively buying issues carrying interest rate risk because they are convinced interest rates can’t rise. In doing so, they are following the mantra which has worked for forty years: buy the dip in bonds.  Until that strategy stops working the vast majority of bond investors will not be convinced of a return to an inflationary bias.

Equities also benefit from this rationale. If yield curve control is implemented, the headwind from higher borrowing costs and tighter credit gets pushed further into the future. That’s the primary rationale for continued strength in the stock market. Ultimately, it will climax in a massive mania and we are in the foothills of that right now because investors are still expressing fear and uncertainty. Manias peak amid euphoria and ambitious targets for how wonderful life will be a decade hence. We’re not there yet. 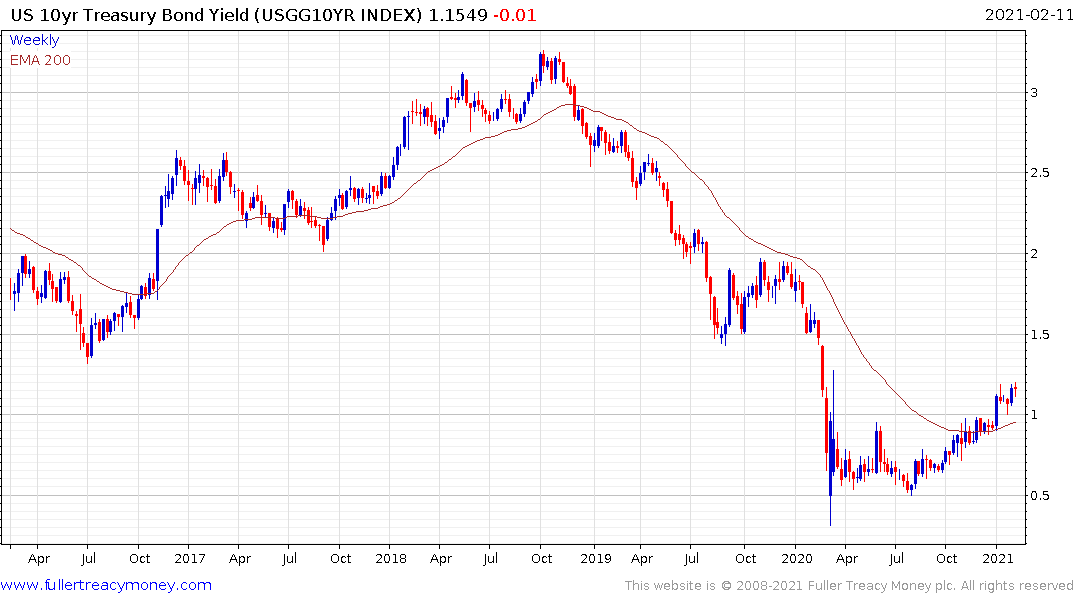 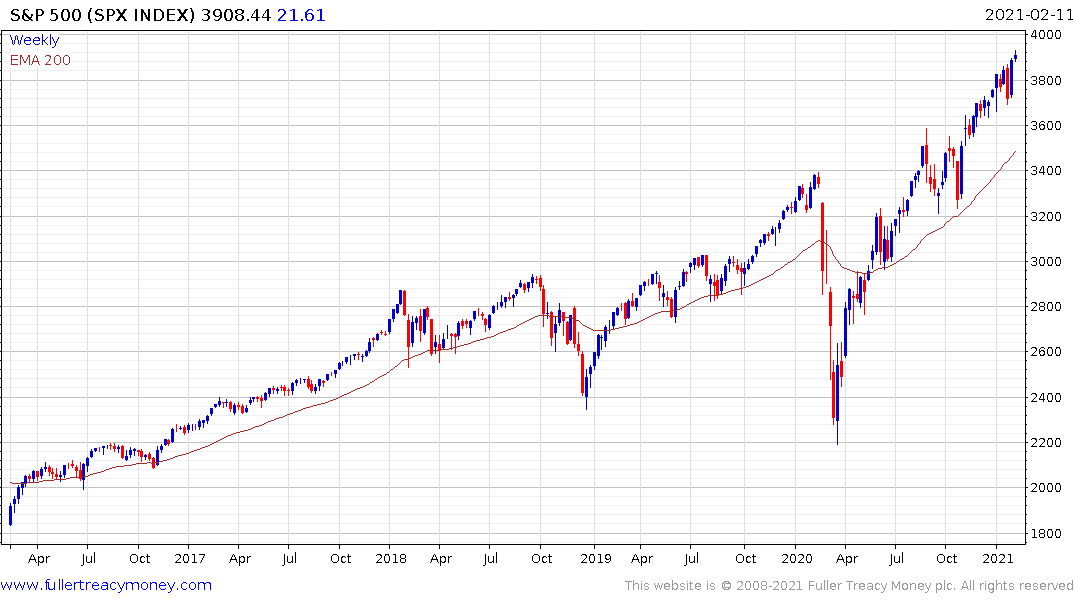 The only real question is what will the catalyst be to cause the Fed to shift to outright yield curve control (of course they won’t call it that)? The next stock market pullback of 10% or a sustained move above 1.2% on the Treasury yield are near-term potential outcomes.