Alibaba, Didi, and Other Chinese Tech Stocks Surge as U.S.-China Relations Brighten
Comment of the Day

The U.S. and China agreed Wednesday that President Joe Biden and President Xi Jinping would meet before the end of the year. It will be a virtual meeting and follows a call between the two leaders that was held in September -- that was their first in seven months.

"While we expect minimal material improvement in the tone or substance of their relationship in the coming months, we still see investment opportunities on both sides, especially in the areas of capital markets, technology, cybersecurity, and climate change," said strategists led by Mark Haefele, the chief investment officer at UBS Global Wealth Management.

"In our view, investors should avoid taking sides. The best long-term approach is to seek exposure to the different economic cycles, growth opportunities, and sectoral trends offered by both countries," the team at UBS said.

Churchill’s “Jaw-Jaw is better than “War-War” comes to mind. It also begs the question whether the Biden administration is willing to make concessions on Taiwan’s independence for better trading conditions? That was certainly the case during the initial negotiations with China 50 years ago and not a lot has changed in terms of China’s priorities.

China’s stock market has sold off aggressively because of fears about the potential for contagion from the Evergrande bankruptcy. Many institutional investors are willing to make the bet that the property market issues will result in less focus on the tech sector and that the respective companies have been sufficiently chastened to now prosper in a below the radar fashion. 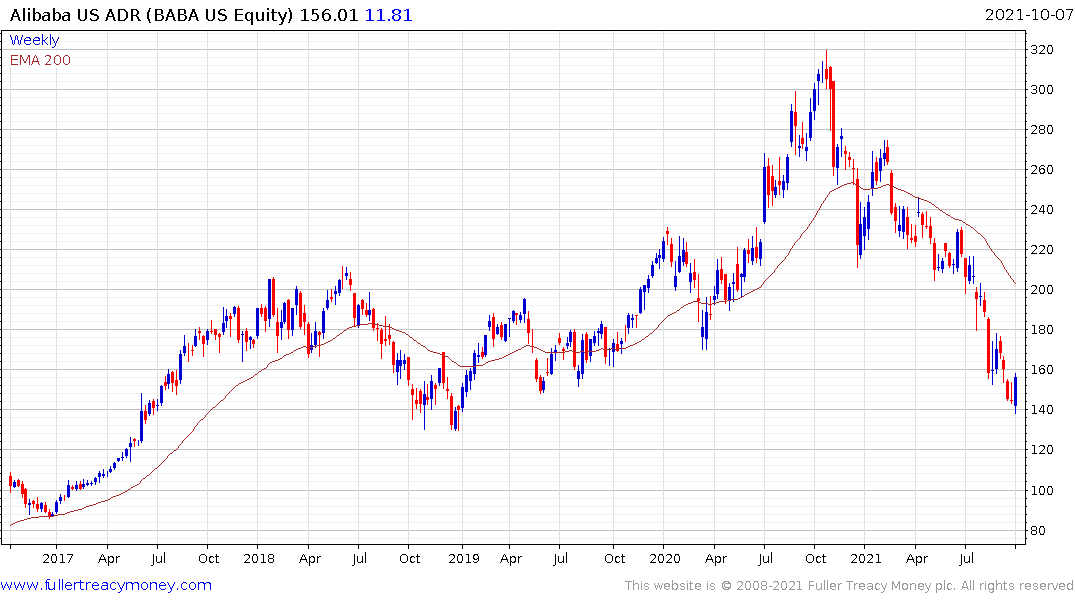 Alibaba rebounded impressively today to trade back above the psychological $150 area. 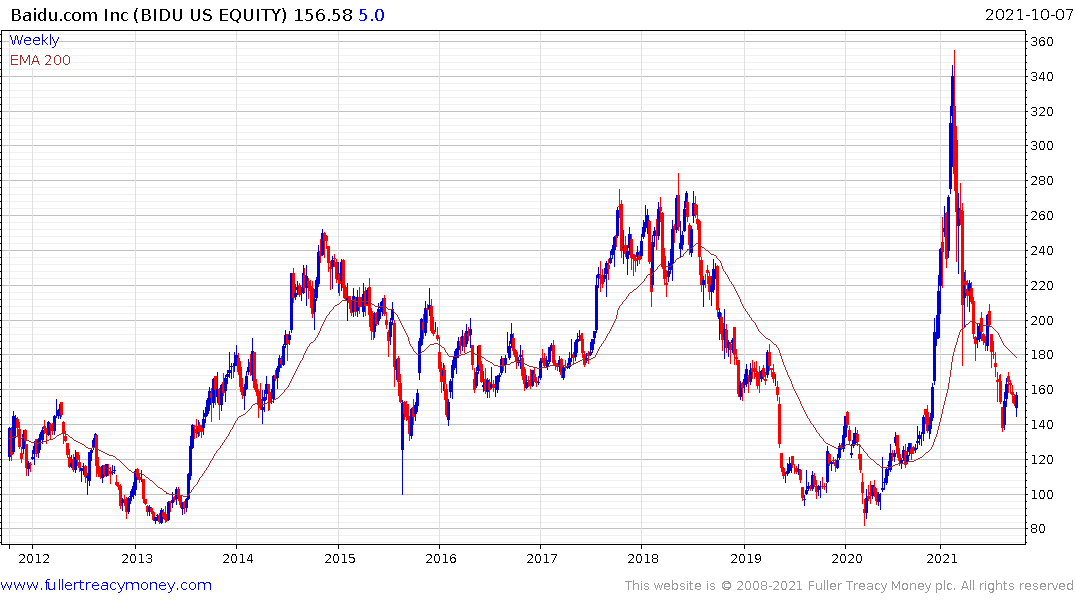 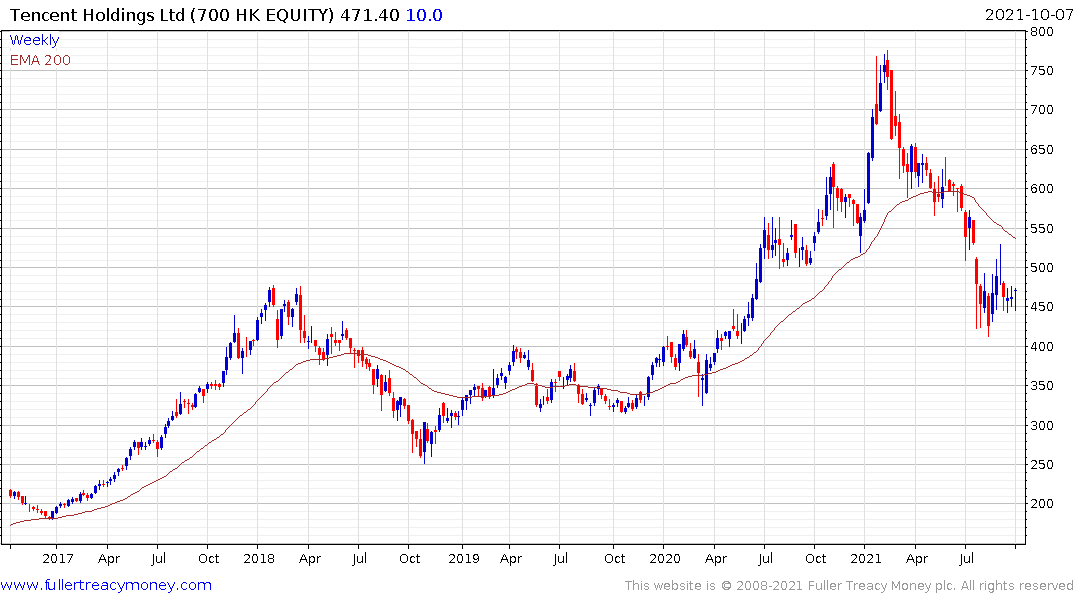 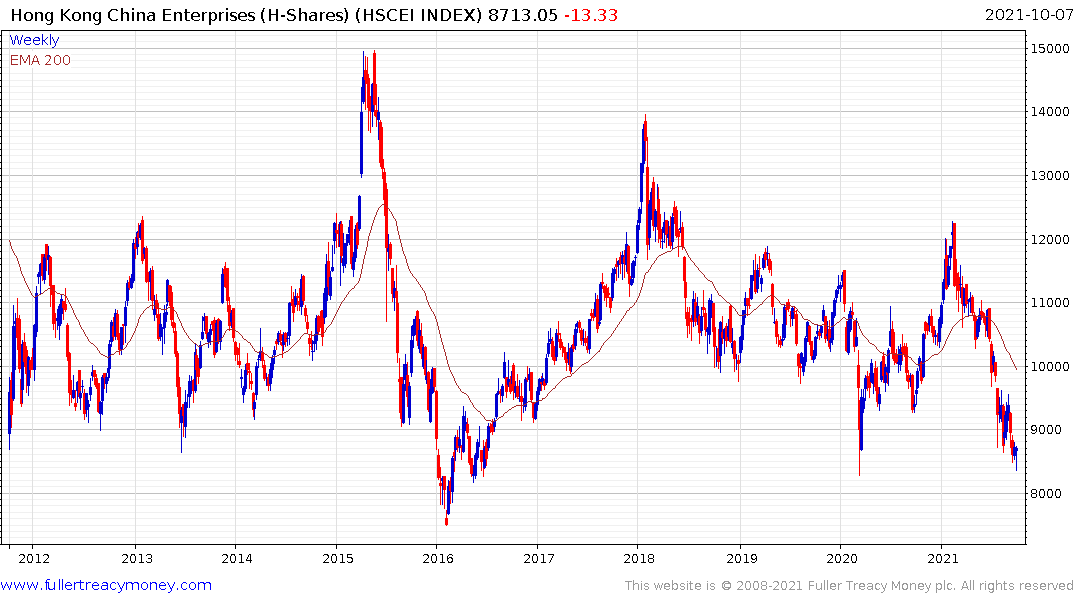 The China Enterprises (H-Share) Index is firming from the lower side of a more than decade long range.

Both Alibaba and Baidu led the advance on the NYSE FANG+ Index today.