Revenue climbed to 93.5 billion yuan ($13.6 billion) in the three months ended in March, about 1.8% above estimates as adjusted earnings-per-share of 8.57 yuan topped projections for 6.5 yuan. Alibaba expects sales in the current year to jump at least 33% to more than 500 billion yuan.

As Alibaba pushes deeper into businesses like cloud computing, it’s getting better at understanding e-commerce customers and making money from recommendations based on their preferences. The move is driving more sales than traditional search and boosting its ability to sell targeted advertising to merchants on its main Taobao platform. That is bolstering revenue growth even as escalating U.S.-Chinese tensions threaten to further dampen the world’s No. 2 economy.

“The results were really good, especially given how the macro economy hasn’t been that great," said Steven Zhu, an analyst with Pacific Epoch in Shanghai. “It’s a great sign that core e-commerce was growing strong.”

Ecommerce has more penetration among consumers in China than in the USA or Europe not least because consumer attitudes towards consumption are not as embedded with brick and mortar as they are elsewhere. That is driving consumption, particularly among the high spending millennial generation towards online shopping and following brand representatives on social media. 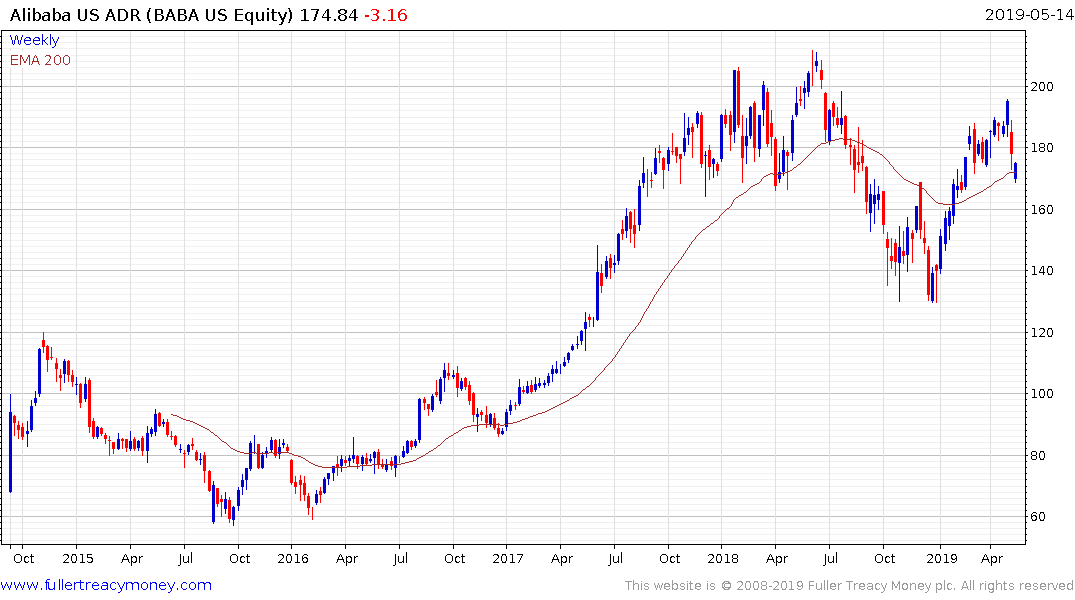 Alibaba bounced today form the region of the trend mean. 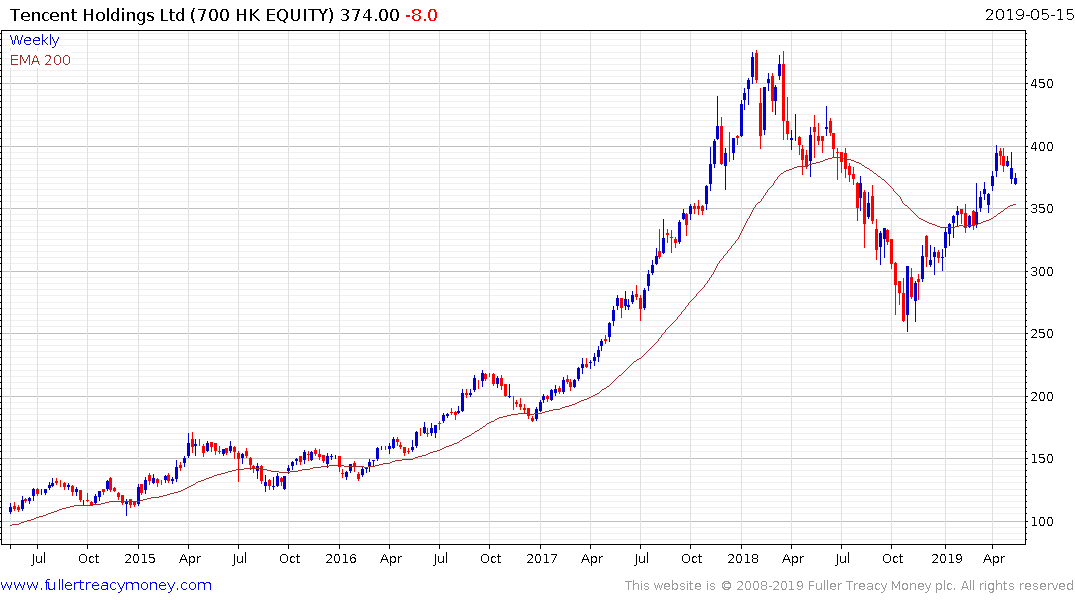 Tencent remains on a recovery trajectory and has held a succession of range, one above another, since December. The relaxing of strictures on the computer gaming sector have been a significant contributor in the shares recovery to date. 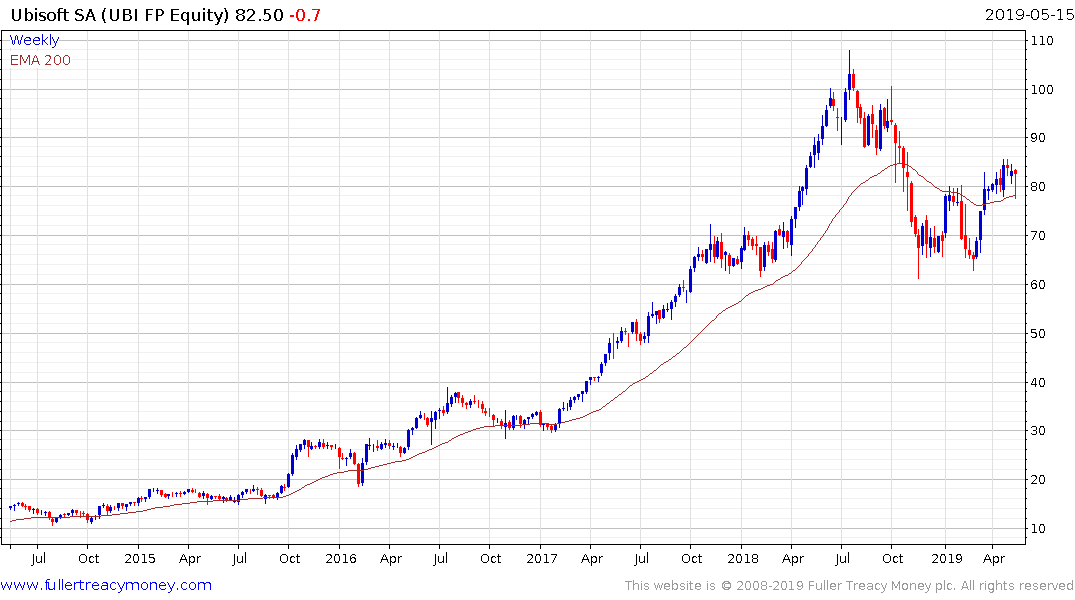 Meanwhile, that factor has also been beneficial for the wider global gaming sector. Ubisoft bounced from the region of the trend mean over the last two sessions despite missing earnings forecasts. 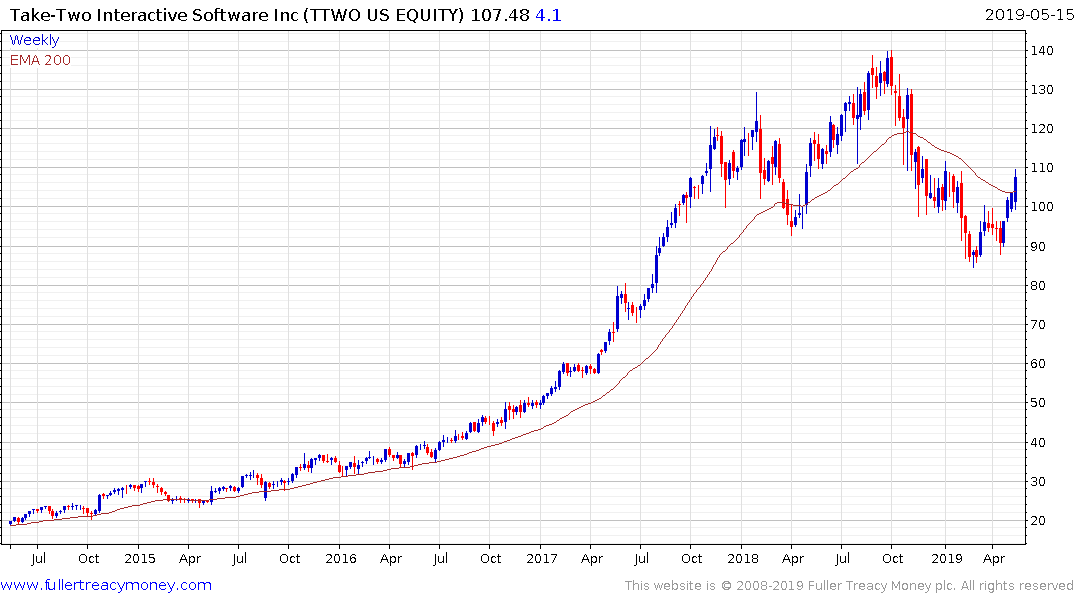 Take Two Software popped back above its trend mean today and has broke the seven-month sequence of lower rally highs. 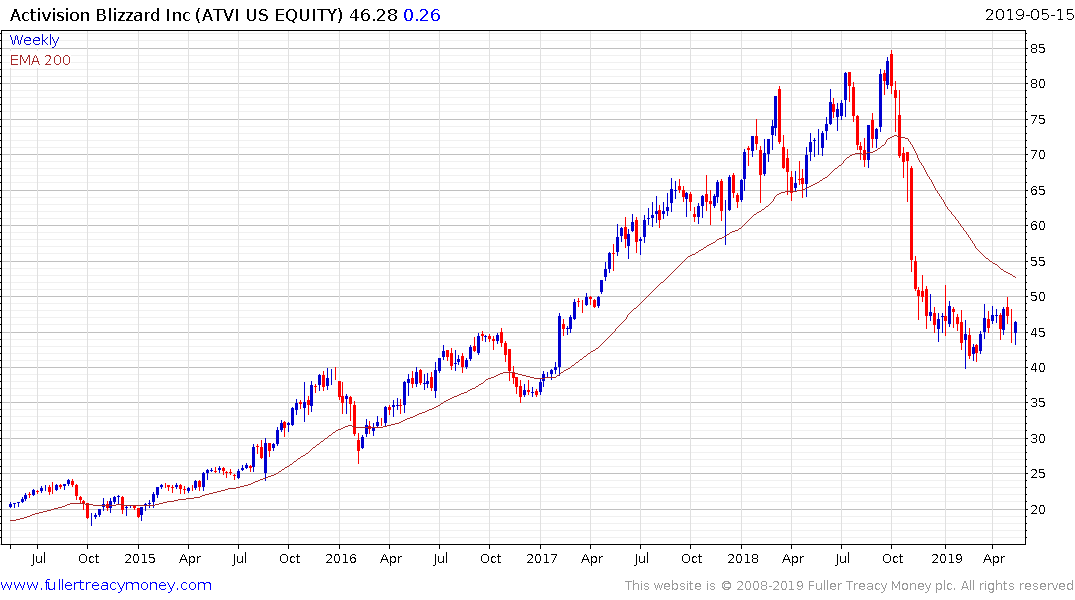 Activision Blizzard is firming within what appears to be a developing base formation. 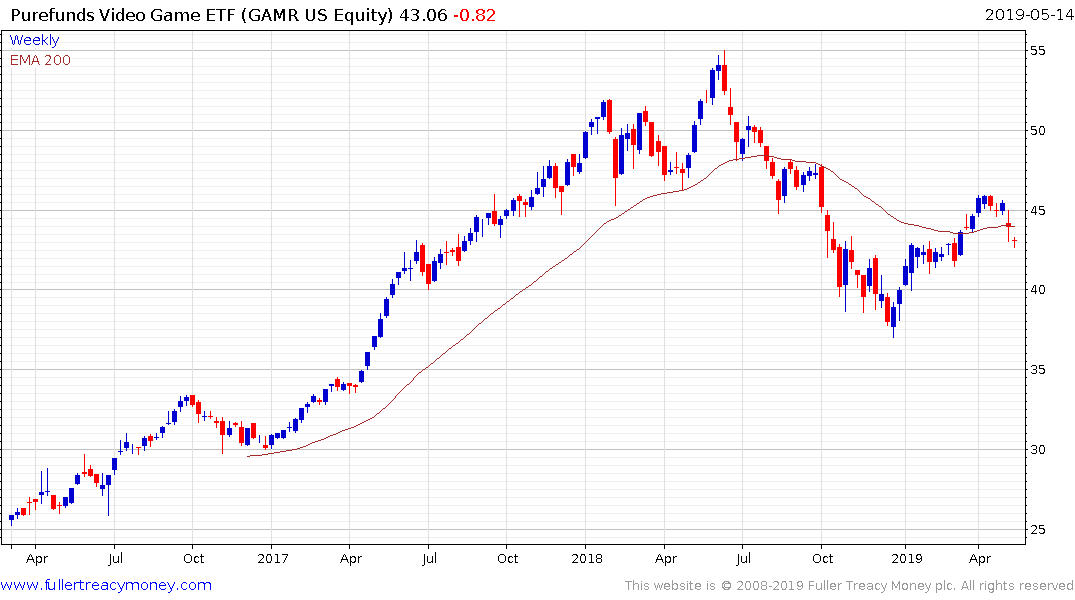 The Purefunds Video Gamess ETF is also steadying from the region of the trend mean.