After 18 months of cost-cutting lock step, BHP and Rio start to differ
Comment of the Day

After 18 months of cost-cutting lock step, BHP and Rio start to differ by Eoin Treacy

For the past 18 months BHP Billiton and Rio Tinto have appeared like identical twins, singing the same tune on cutting back spending, controlling costs and returning more to shareholders.

The latest financial results show the world's two biggest diversified miners are finally hitting the right notes with investors, but are diverging in style.

BHP Billiton on Tuesday posted a 31 percent rise in first-half profit to $7.76 billion, beating the median analysts' forecast of $6.93 billion.

This was achieved on the back of annualised cost savings of $4.9 billion, lower capital expenditure and higher profits from expanding iron ore output.

It was a similar story for Rio Tinto, which on Feb. 13 reported a 45 percent jump in second-half profit to $5.99 billion, exceeding the median forecast of $5.49 billion.

As with BHP, much of the boost came from cuts to capex and operating costs, with the standout performer being iron ore, which provides about 90 percent of the company's profits.

So far the story is pretty much the same. Both companies are delivering on undertakings first made in mid-2012 to slash capital spending, curtail new projects, and focus on operating costs at existing assets.

The write downs announced by the mining sector have been a major headwind to improving investor sentiment since they highlighted just how out of control spending had been.

A great deal has changed in the last two years but perhaps the most notable is that the amount to be spent on expansion has been slashed. The optimistic demand growth forecasts used to justify spending have been ditched and evidence of increased demand will now be required before additional spending is likely to be approved.

The evolution of expectations is likely to be positive for company’s free cash flow which has been a bugbear for many commentators. This should also help open the way for some of the larger companies to increase their dividends and potentially buy back shares. At current valuations the latter option may appear particularly attractive. 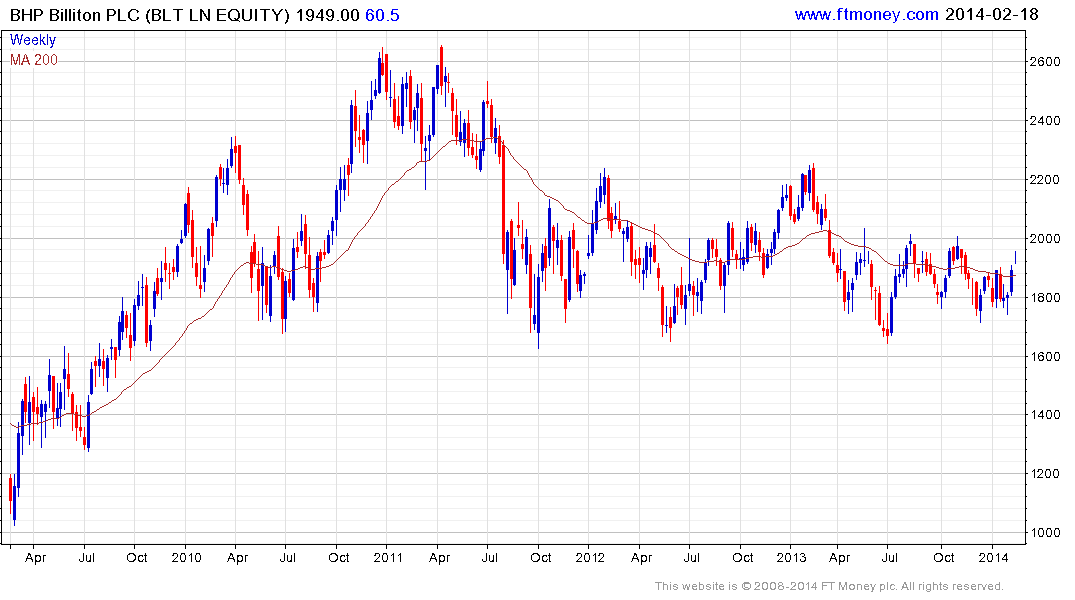 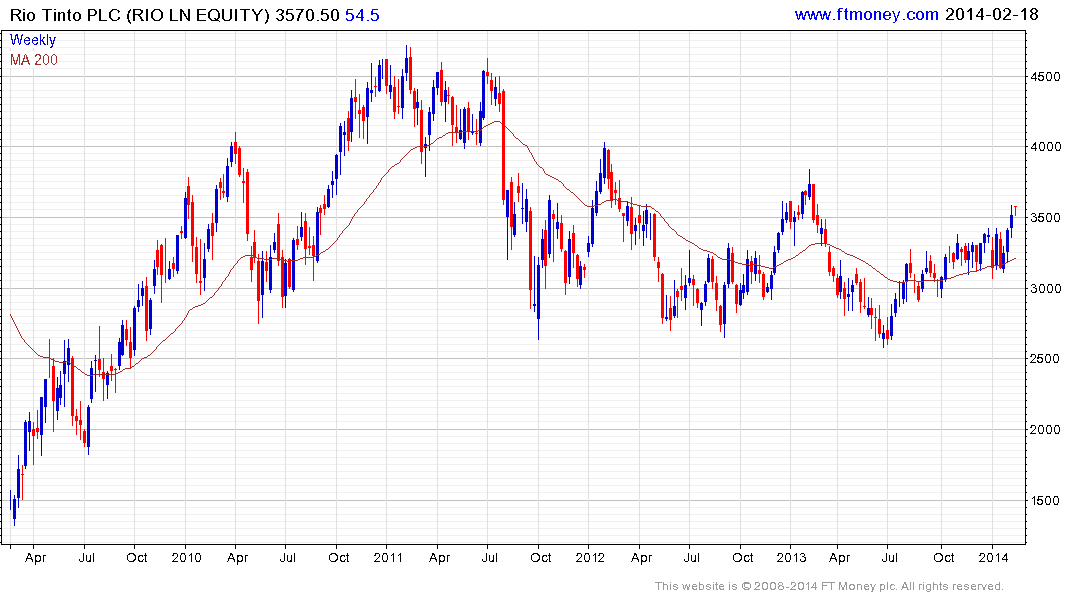 BHP Billiton is the only miner among the constituents of the S&P Europe 350 Dividend Aristocrats Index and currently yields 4.16%. The share is currently rallying from the lower side of a more than two-year range and a clear downward dynamic would be required to question current scope for additional upside. Rio Tinto (DY 3.73%) has a relatively similar pattern. 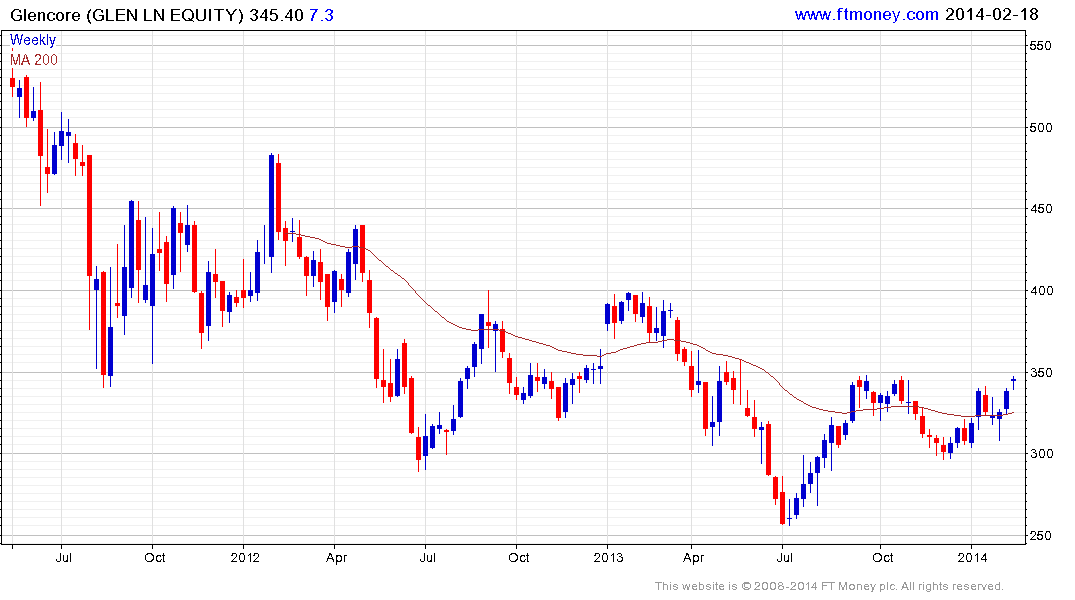 Among other major miners Glencore Xstrata has rallied to test the progressions of lower highs evident since its IPO. A sustained move above 350p would suggest a return to demand dominance beyond the short term. 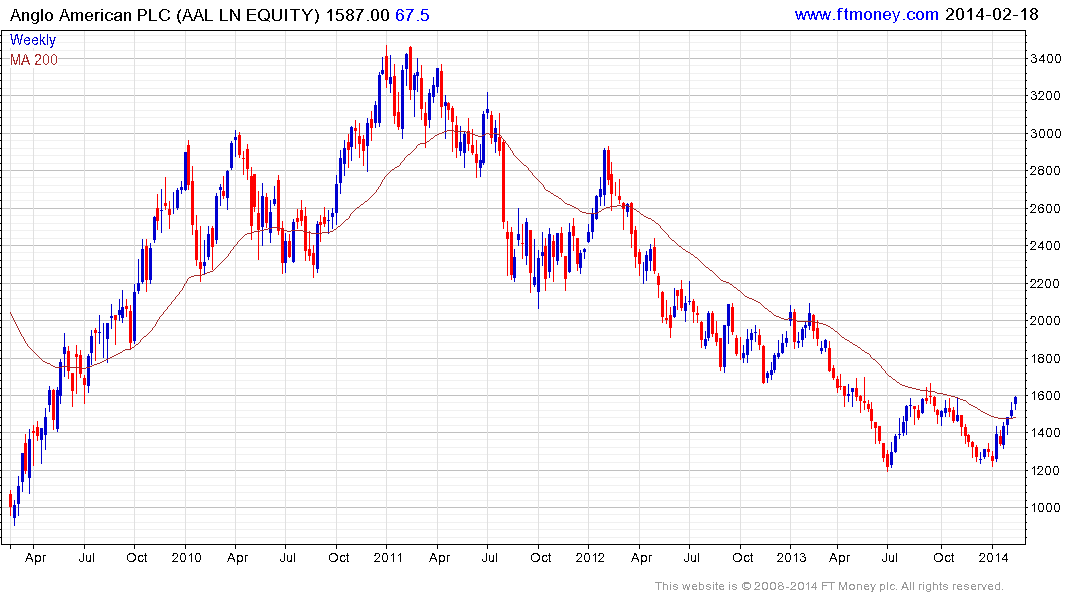 While copper prices remain largely rangebound, albeit at historically elevated levels, copper shares were not immune to the deterioration that gripped the wider mining sector. 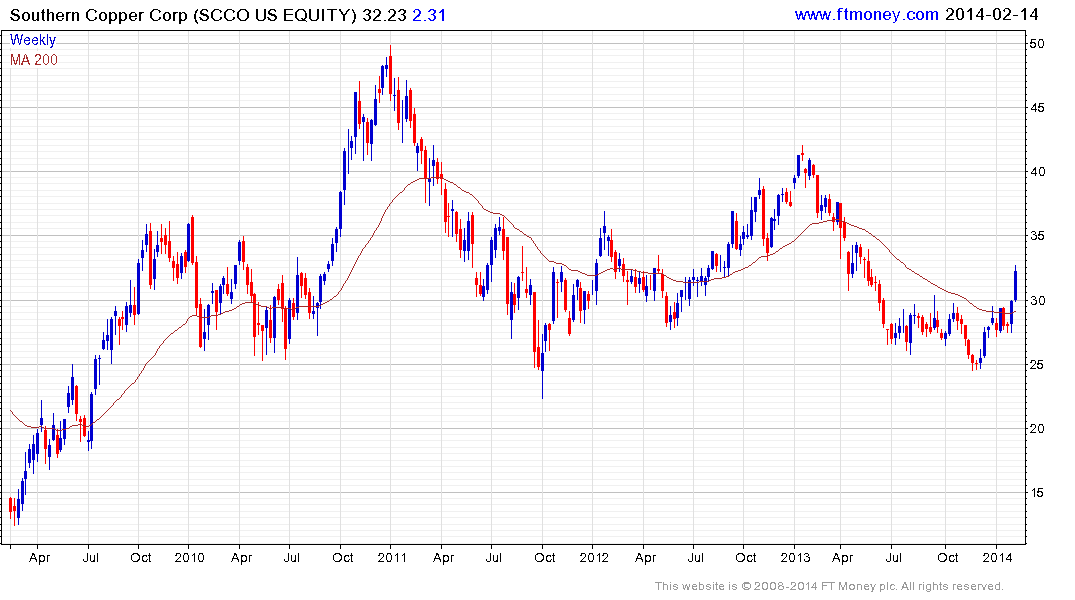 A high degree of commonality is evident within this subsector with Southern Copper breaking a lengthy progression of lower rally highs. 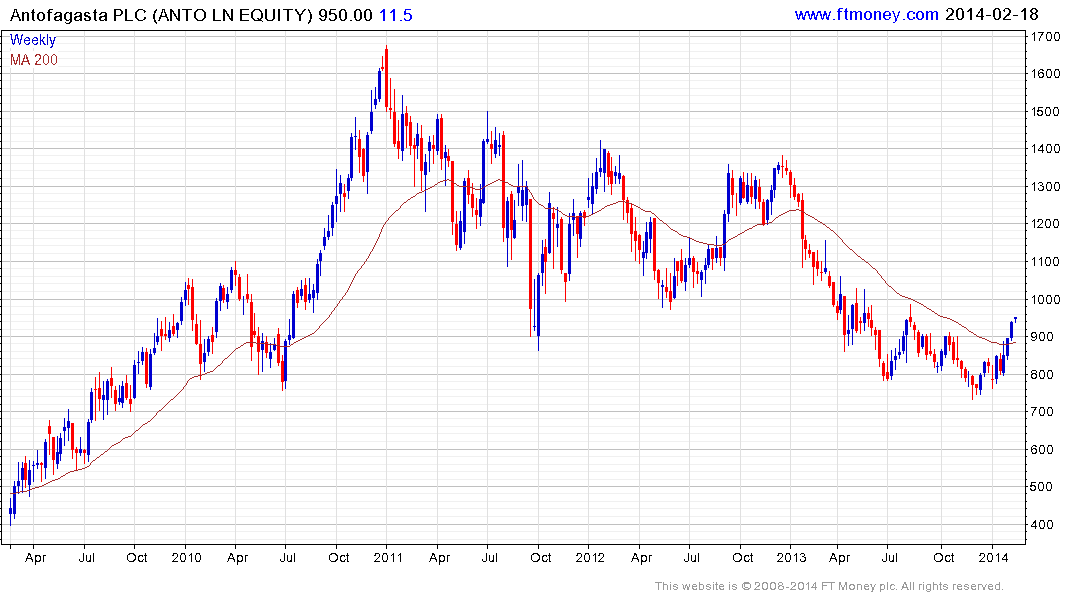 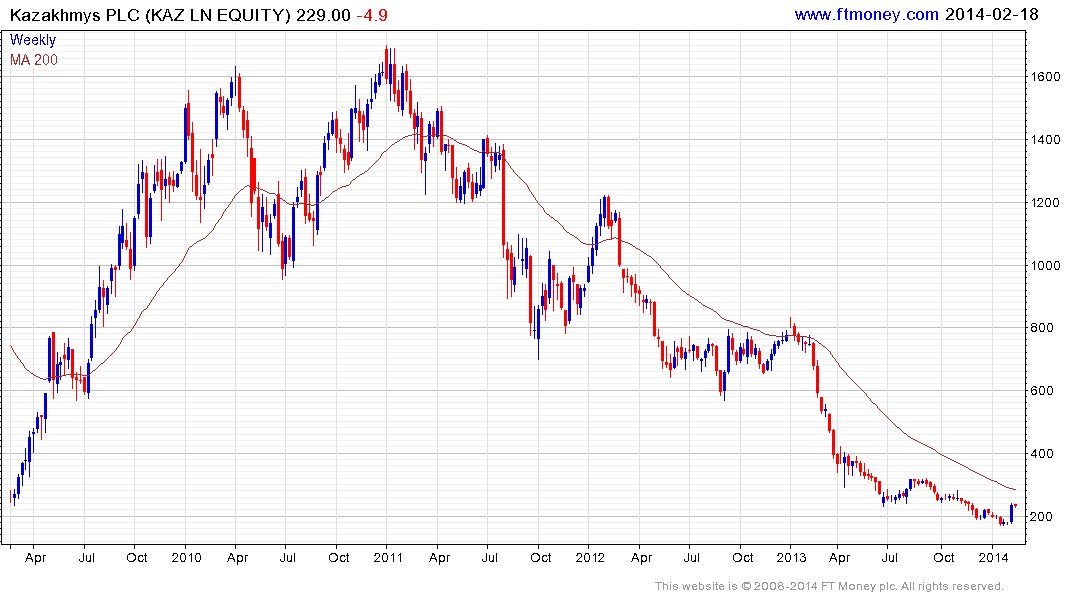 Kazakhmys has fallen from 1600p to 200p since 2011 and posted its first clear upward dynamic in more than a year last week. 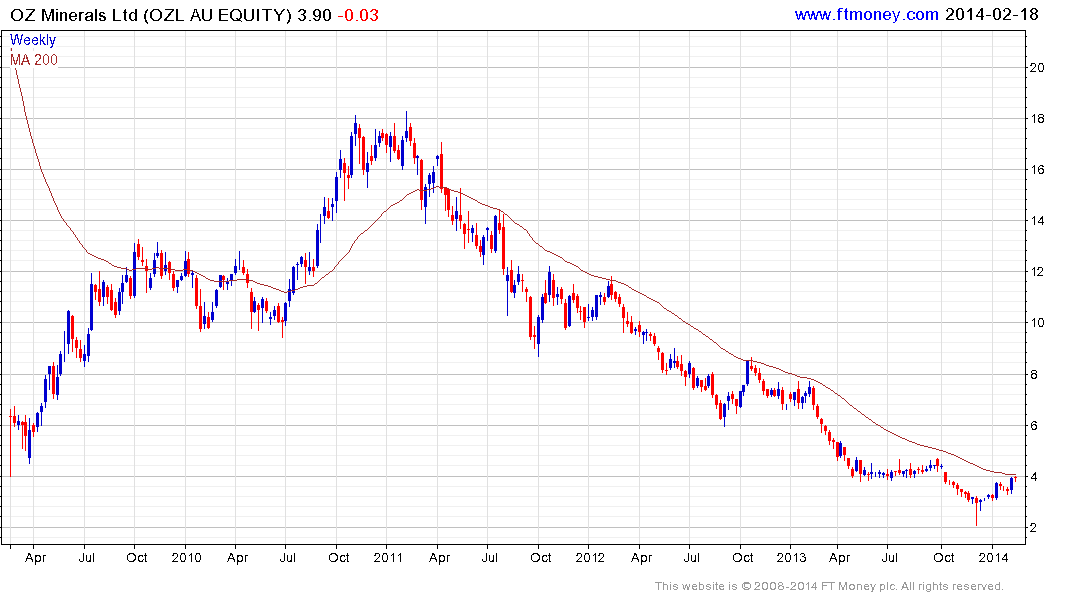 Australia listed OZ Minerals has rallied to close its overextension relative to the 200-day MA and a sustained move above the trend mean would confirm a return to demand dominance beyond the short term.