AB InBev to Pay $5.8 Billion for Korean Oriental Brewery
Comment of the Day

“On the surface, the deal seems odd as they’re paying more than three times for Oriental than what they sold the business for five years ago," said Pablo Zuanic, an analyst at Liberum Capital. “However, this signals to us they see growth in South Korea -- not so much in terms of market growth, but to improve share and drive the penetration of Budweiser and Corona.”

Korea’s beer market has grown about 2 percent a year from 2009 through 2012, the companies said. AB InBev plans to further develop Cass as well as throw its marketing support behind brands including Budweiser, Corona and Hoegaarden in the market.

It must be pretty galling for AB InBev to pay such a hefty price for an asset they sold less than a decade ago for a fraction of the price. What this story and last week’s announcement that Santory is attempting to purchase Beam Inc highlight how reliant the global alcoholic drinks market is on brand recognition. As a result companies tend to pay for growth. 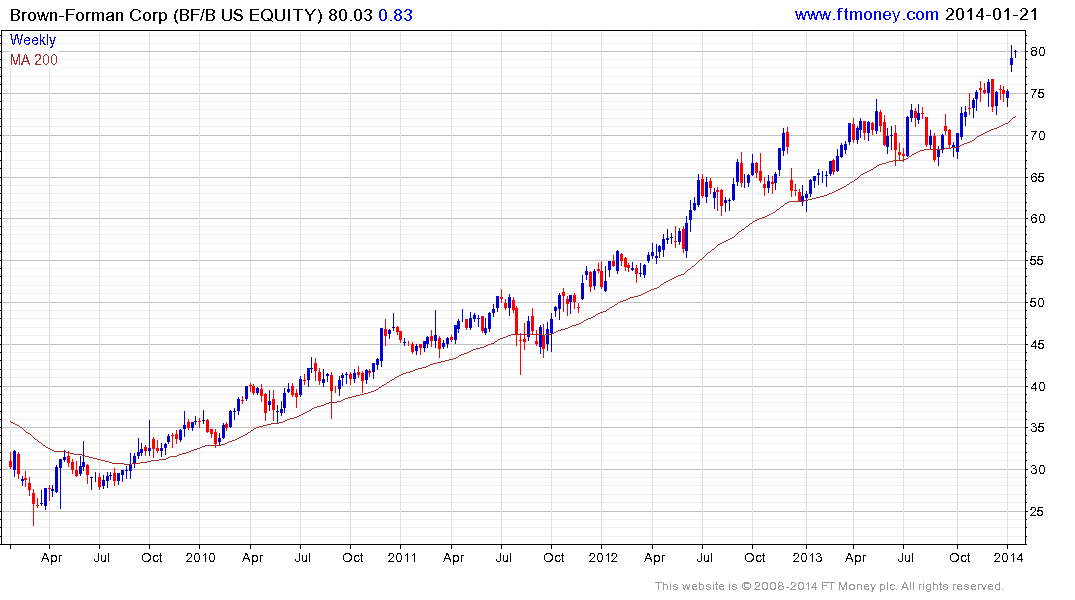 This trend suggests the consolidation of brands within the drinks sector remains a significant theme. Brown Forman, an S&P500 Dividend Aristocrat yielding 1.75%, surged on news of the bid for Beam probably on the assumption that it is next in line for an offer.

Beyond the USA, both Pernod Ricard and Remy Cointreau have pulled back sharply over the last year not least because China’s appetite for luxury spirits has been curtailed by anti-graft probes which also affected luxury watch sales. 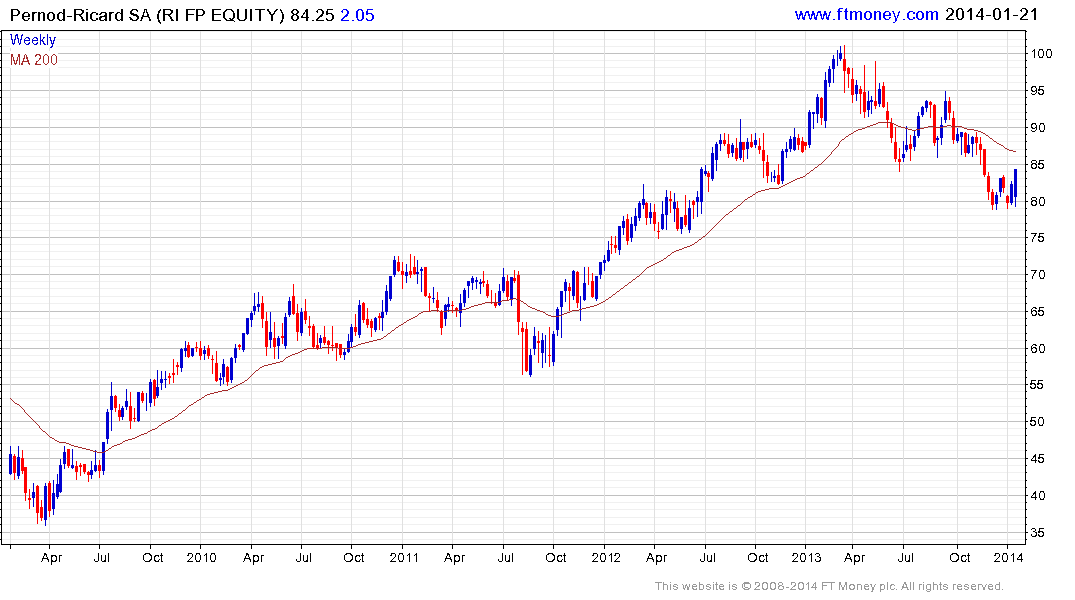 Pernod Ricard (Est P/E 17.45, DY 1.95%) has fallen 20% since its March peak and firmed today in the €80 area. Some additional short covering is likely, but considering the extent of technical deterioration it will at least need to hold this level and sustain a move back above the 200-day MA to begin to restore investor confidence. 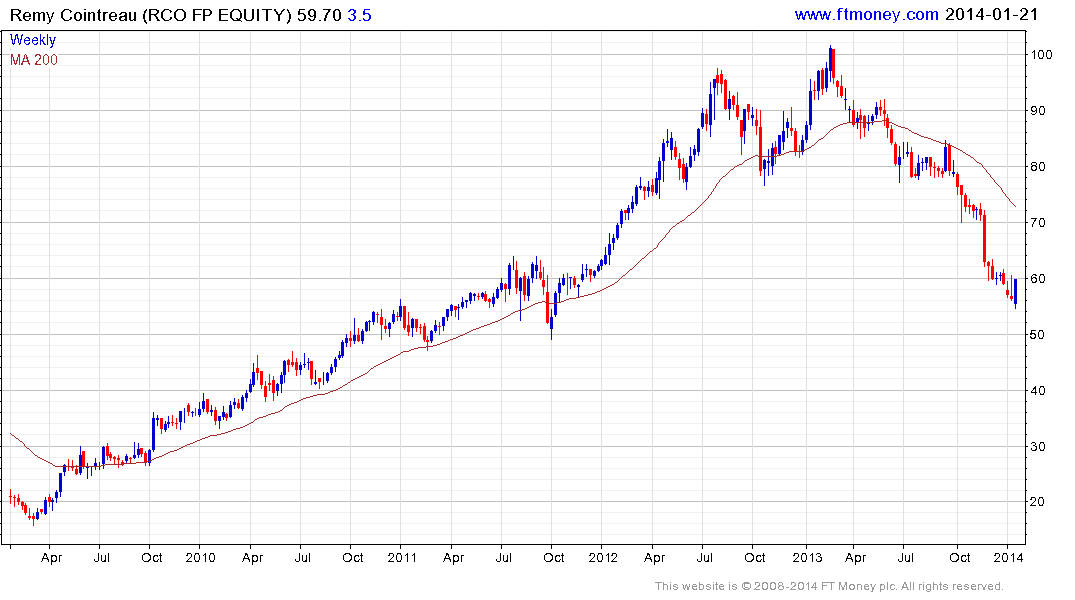 Remy Cointreau (Est P/E 24.02, DY 2.35%) has fallen 45% from its February peak but found at least short-term support this week near €55 and a sustained move below that level would be required to question potential for a reversionary rally to close the oversold condition relative to the 200-day MA.