We present a wide range of testing results on an excellent moderate-energy-density lithium-ion pouch cell chemistry to serve as benchmarks for academics and companies developing advanced lithium-ion and other “beyond lithium-ion” cell chemistries to (hopefully)exceed. These results are far superior to those that have been used by researchers modelling cell failure mechanisms and as such, these results are more representative of modern Li-ion cells and should be adopted by modellers. Up to three years of testing has been completed for some of the tests. Tests include long-term charge-discharge cycling at 20,40 and 55°C, long-term storage at 20,40 and 55°C, and high precision coulometry at 40°C.Several different electrolytes are considered in this LiNi0.5Mn0.3Co0.2O2/graphite chemistry, including those that can promote fast charging. The reasons for cell performance degradation and impedance growth are examined using several methods. We conclude that cells of this type should be able to power an electric vehicle for over 1.6 million kilometers (1 million miles) and last at least two decades in grid energy storage. The authors acknowledge that other cell format-dependent loss, if any, (e.g. cylindrical vs. pouch) may not be captured in these experiments.

The potential electric vehicles with modern battery chemistries to run for upwards of 1,000,000 miles range is a serious gamechanger. That is particularly true for the haulage sector where diesel’s longevity and fuel efficiency have been unchallenged for decades.

Daimler just rolled its autonomous haulage vehicle onto public roads for testing of Level IV skills which is near but not quite autonomous. It is quite likely that autonomy will first be rolled out in haulage because it is simply easier to program a highway system than a roads system. While EV and autonomy are often used interchangeably there is no rule that says they depend on one another.

What I would like to have seen in the battery data above is what the results are for low temperature testing. Obviously high temperature is important for the risk of combustion but many batteries lose charge in cold weather which is a gripe many new owners make once they have the car for a few weeks. 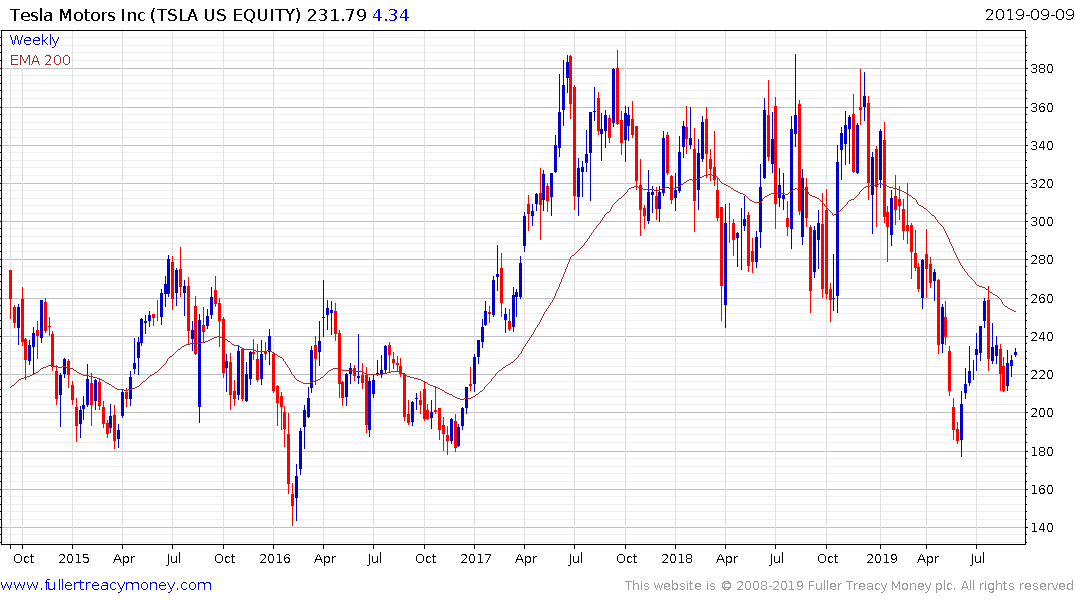 Tesla continues to firm above the psychological $200 but needs to hold that level if support building is to continue to be given the benefit of the doubt. 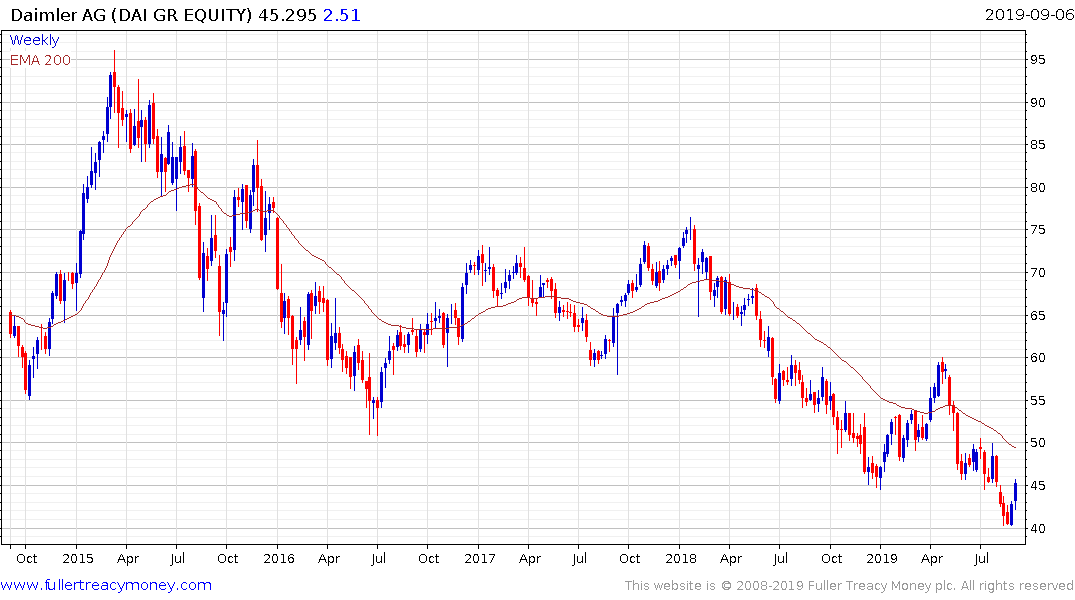 Daimler has bounced over the last few weeks but the four-year downtrend remains in a place and a sustained move above €50 will be required to question supply dominance.