A Twist in the U.S. Tariff Battle: It's Helping China Be More Competitive
Comment of the Day

A Twist in the U.S. Tariff Battle: It's Helping China Be More Competitive by Eoin Treacy

Tony Lee’s Sintai Furniture Co. makes outdoor furniture and other products sold at Costco , Home Depot and other U.S. stores that would be subject to tariffs in the expected $200 billion round. He is moving one-fifth of production to Vietnam for his U.S. exports, and keeping production for European and other markets at his factory in Dongguan.

Mr. Lee said the company will incur higher costs in worker training and material shipment in the short term, but he expects the move will save money in the long run. “The supply chain and capability in Vietnam takes time to build,” he said. “Once it is built up, Vietnam will be cheaper than China.”

China is moving up the value chain in terms of manufacturing and the increasing automation of production lines is a trend which has been underway for a decade. Simultaneously, rising wages have had an impact on apparel and footwear exporters which have migrated to places like Vietnam, Cambodia, India, Ethiopia and Kenya. 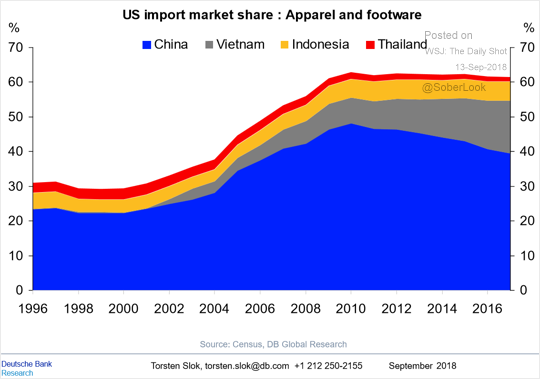 This graphic of the origin of US apparel imports highlights how much growth Vietnam has enjoyed from this sector over the last few years. 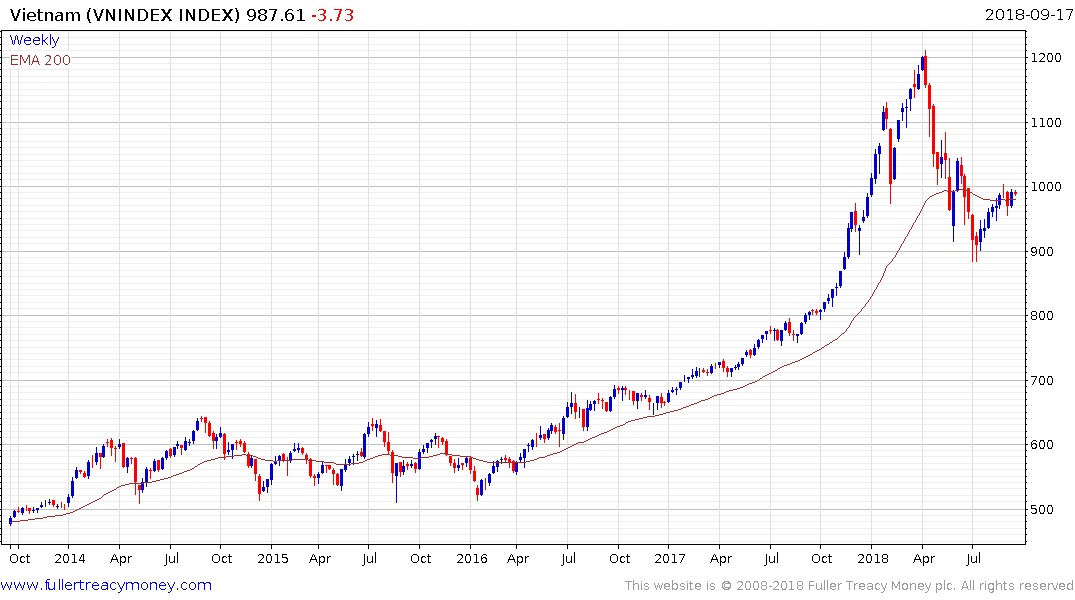 The Vietnamese market has bounced back above the trend mean. A sustained move below the low posted in July would be required to question support building. 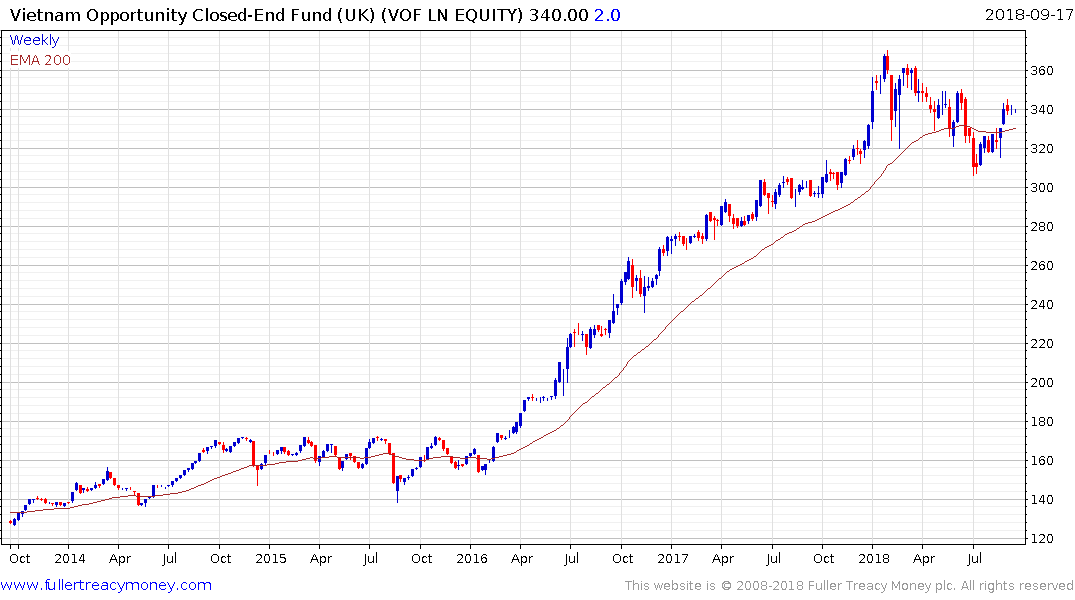 The UK listed VinaCapital Vietnam Opportunity fund trades at a discount to NAV of 18.43%. A progression of lower rally highs has been evident since the beginning of the year but it is now testing that sequence and a sustained move above 350p would likely signal a return to demand dominance.